Hey! Happy President’s Day. I hope you approach this week with the same confidence as DaBaby telling the world he charges $300,000 for a verse. That’s high, but I ain’t mad at him! If you don’t believe in yourself, then who will?

Human Re-Sources founder J. Erving came on the podcast to talk about selling his indie distributor to Sony Music, where he’s now EVP of Creative Development, and an EVP at The Orchard, where Human Re-Sources now sits. We also talked about his experience managing artists like Jeremih, why record labels and indie distributors keep teaming up, how to evaluate and develop talent in today’s era.

Tap in. Listen on Apple Podcasts, Spotify, or watch on YouTube.

Savage X Fenty just raised a $115 million Series B round, raising its valuation to $1 billion. Meanwhile, LVMH has indefinitely suspended the Fenty house.

Put on hold. When Rihanna launched Fenty Beauty in 2017, her goal was to make the brand affordable and inclusive. Savage X Fenty followed that same beat, but Fenty’s LVMH fashion brand did not.

I’ll admit, I got this one wrong! When the LVMH deal was first announced in May 2019, I was all in. I thought it was another signal of the growing bond between hip-hop and high fashion, and the push for inclusivity in luxury. But I overlooked LVMH’s misalignment on affordability. Fenty was out here selling $870 hoodies! Shoes that cost more than red bottoms?? In a pandemic?!

No. These are not reaching the same customer.

In October 2020, LVMH CFO Jean-Jacques Guiony said that it’s “still a work in progress when it comes to really defining what the offer will be.” According to BoF, Rihanna had already expressed concerns that the high prices could alienate her base. Even if they go back to the drawing board, this will be a tough sell.

The billion-dollar lingerie brand. Savage X Fenty grew 200% in 2020. With the new funding, Savage X Fenty plans to expand its retail operation and may venture into athletic wear. Its parent company TechStyle Fashion Group also owns Fabletics, so there’s experience there. Rihanna’s lingerie brand is replacing Victoria’s Secret in the public conscience and shows no signs of slowing down.

Rihanna’s stake in Savage X Fenty is now worth $80 million according to Forbes. Like I said, that billionaire status might still be coming soon…

Read more in Why Rihanna Partnered with Amazon.

The Weeknd has already sold 1 million tickets for next year’s tour, which went back on sale the day after the Super Bowl. That’s at least $50-60 million in revenue.

This is why he spent $7 million of his own money on the halftime show. It was a 12-minute ad for the world to see. The better the show, the more tickets sold. It was a marketing expense.

Customer acquisition. Content is a means to acquire customers. It’s not too different from how Amazon uses Prime Video. For instance, Amazon spent $72 million on the first season of The Man in The High Castle, which attracted 1.15 million new subscribers. The average cost per subscriber was $63. That’s less than the $99 price for Prime’s annual membership and much less than the customer lifetime value for a Prime member.

Like Jeff Bezos said in 2016, “When we win a Golden Globe, it helps us sell more shoes.”

More on the way. The Weeknd also announced an upcoming 90-minute documentary on Showtime that will cover his halftime performance. He follows Lady Gaga, Travis Scott, and others who have released documentaries after their Super Bowl performances.

But Abel Tesfaye has never been the “let me bring you into my life” type of guy. He started his career as a mystery, and for the most part, he still is a mystery. It’s an impressive feat since he’s now performed on the biggest stage and dated celebrities. Will we learn more about him? We’ll see, but I assume his goal is to open the curtain enough to keep our interest, but still leave plenty unknown.

Showtime’s reach. Lately, Showtime has been a place for good content that can’t reach the masses. With just 27 million subscribers, it doesn’t have the reach of its rivals HBO, Disney+, Netflix, or Amazon Prime. Its documentaries like The Reagans or shows like Desus & Mero can get lost in the mix despite their acclaim.

Cobra Kai’s rising popularity on Netflix (and not YouTube) is a reminder of the impact of distribution. Many of those who want to watch The Weeknd’s doc will have to go out of their way for it.

Read more about The Weeknd in his pre-Super Bowl profile in Billboard.

Foundation’s newsletter will grace your inbox on Tuesdays with insights and actionable tips for SEO and B2B marketing. Thursday’s Round-Up will deliver the latest B2B, SaaS, tech, and content marketing news paired with our perspective and breakdown of what it means for you. Subscribers get exclusive first access to this content; it is the perfect bi-weekly read for those involved in the B2B industry.

Subscribe today to stop missing out and start getting in the know – don’t forget to share the love by telling your friends. 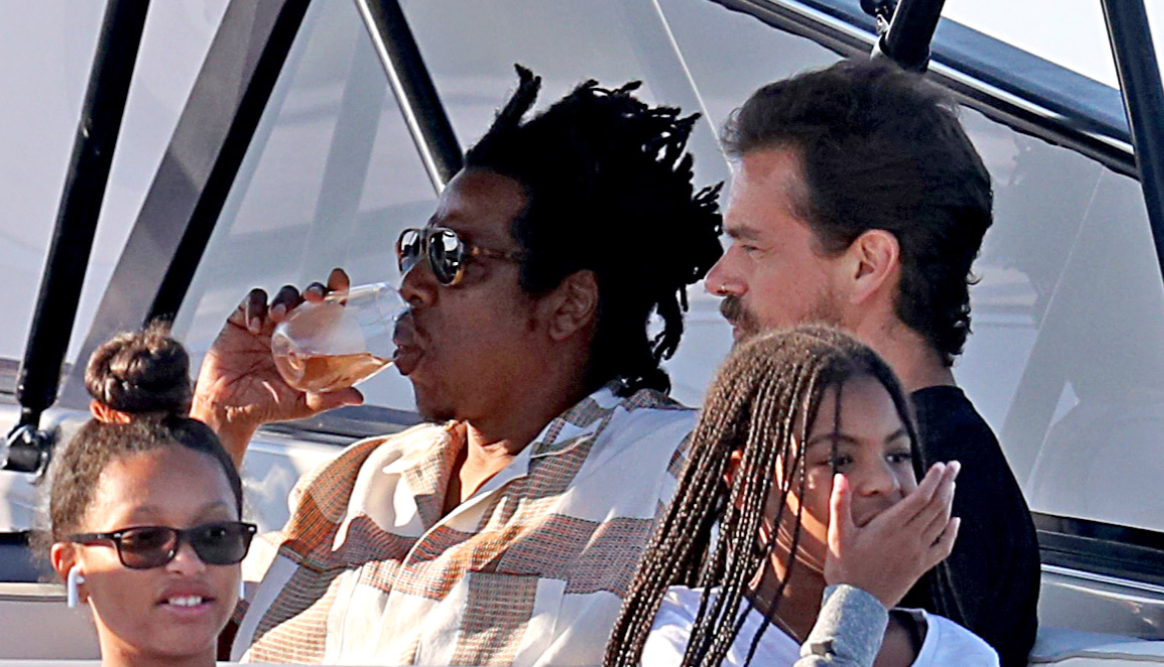 The Yacht Boys in the building tonight

Jay and Jack are back. If they keep doing business together, they need a nickname. If Roc-a-Fella had the Roc Boys, then Jay and Jack gotta be the Yacht Boys. Last week, Jack announced that they donated 500 BTC (currently worth $24 million) to ₿trust, an endowment fund to develop Bitcoin in Africa and India.

Africa and India. The two regions that Jay and Jack’s fund is focused on couldn’t be farther apart with regards to Bitcoin. Nigeria is the second-largest Bitcoin market (after the U.S.). The continent is known for its popularity in mobile payments. Meanwhile, India is trying to ban Bitcoin and is exploring a government-owned cryptocurrency. But the population growth and potential are hard to ignore.

What’s their angle? Dorsey’s been a Bitcoin bull for a while now. Square invested $50 million in Bitcoin, and Cash App’s most valuable customers are holding the cryptocurrency. It’s an opportunity to eventually expand his business. Jay Z hasn’t been too vocal about Bitcoin yet, but it’s only a matter of time. I’m just waiting for the Jay Z lyric that goes, “you wanna know what’s more important than throwing away money at a strip club? Bitcoin.”

But Jay Z has been vocal about development in Africa. In 2018, he helped raise $7 billion at the Global Citizen Festival in South Africa to support HIV / AIDs and improve cultural literacy. He’s also built water pumps for rural villages and donated to several causes through The Shawn Carter Foundation.

The future. Most Bitcoin purists believe that the decentralized currency can improve wealth inequality because it isn’t tied to inflation. But the Bitcoin learning curve is still quite high. It’s a barrier in its worldwide adoption, but this can improve over time.

The Yacht Boys are looking for board members to the endowment fund. You can apply here.