Hey! First off, I hope Nate Robinson is good. The way his head hit the canvas in his boxing match against Jake Paul! Damn. I wish him all the best.

This week’s Trapital Memo covers my podcast with the CEO behind the record deal simulator—Daouda Leonard, Jay Z’s cannabis partnership, and The Weeknd’s Grammy snub.

Earlier this year, Daouda Leonard’s company released the record deal simulator—a tool built to empower artists to better manage their careers. Daouda has used these tools and others to manage Grimes and other artists. His company’s goal is to build the music industry’s operating system–an open-source resource that offers the transparency the industry needs, and an additional suite of services.

If you’re interested in what the music industry’s Bloomberg terminal would look like, this is the podcast for you.

Listen on Apple Podcasts, Spotify, other platforms, or watch the video on YouTube.

Jay Z Levels Up on Cannabis 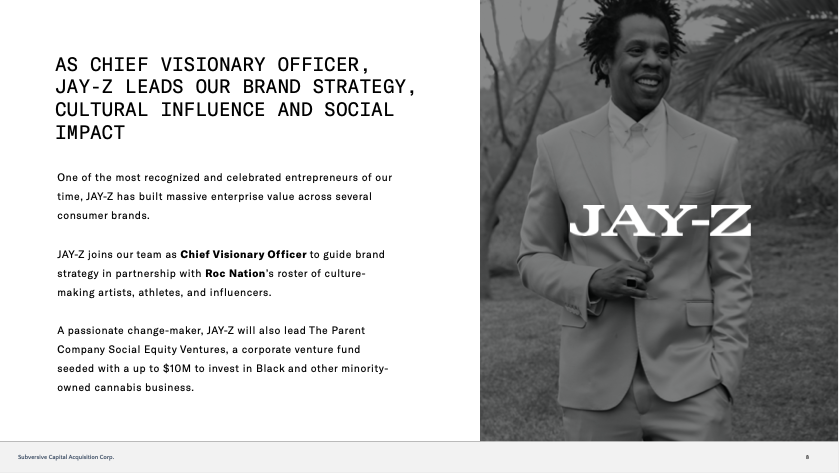 C-V-O of the T-P-C-O. Last year, I collaborated with 2PM’s Web Smith on an analysis of Jay Z’s partnership with Caliva. I wrote that Jay Z and Caliva were an unusual fit given Jay Z’s preference to partner with established firms, not startups. But cannabis legalization intrigues him due to the historical precedent. Millions of Black people are still behind bars for marijuana-related charges, but most of the folks who have cashed in on cannabis legalization are not Black.

Jay and TPCO plan to counteract this by investing up to $10 million in minority-owned cannabis businesses through Social Equity Ventures. TPCO also hopes Jay Z can attract the target audience through his Roc Nation connection.

How this will play out. TPCO is all in on Jay. He isn’t just “leading brand strategy.” He is the brand. In the investor deck, he’s featured on the leadership team ahead of the CEO. But there are two questions to ask:

1. Will TPCO succeed? It looks good so far. In 2020, the company is on track for $185 million in revenue and 20% gross profit. It has invested more in DTC delivery, which will increase margins further if successful. High margin consumer products rely on branding to justify the price, which reinforces Hov’s importance. And through Tidal and Roc Nation—Jay Z can reach the right customers.

Tidal could insert pop-up ads for Monogram, Caliva, or other product drops based on listener habits. For instance, anyone who listens to Curren$y is a potential target. Curren$y fans love weed. This is a known fact.

2. Will TPCO bring equity and access to cannabis? This is a tougher question. The answer comes from the diagram below:

The Shawn Carter Enterprises model is to partner with established firms. He then uses profits to invest in Black businesses. But by definition, the non-Black businesses he partners with will always get stronger first. This question has been explored in Trapital before. Can Black businesses “catch up” if this is the cycle? The alternative is to build from the ground up. But through these partnerships, Jay Z can build more access for funds that weren’t otherwise available.

It’s another example of this question: Would you rather come in first place and win $2 million? Or come in second place and win $5 million, knowing that your efforts helped first place win $10 million? There’s no right answer. But both paths are needed to create wealth and further push Black businesses growth.

Learn more about Jay Z’s partnership with TPCO by checking out the investor presentation deck.

The Weeknd’s Snub Was a Blessing in Disguise 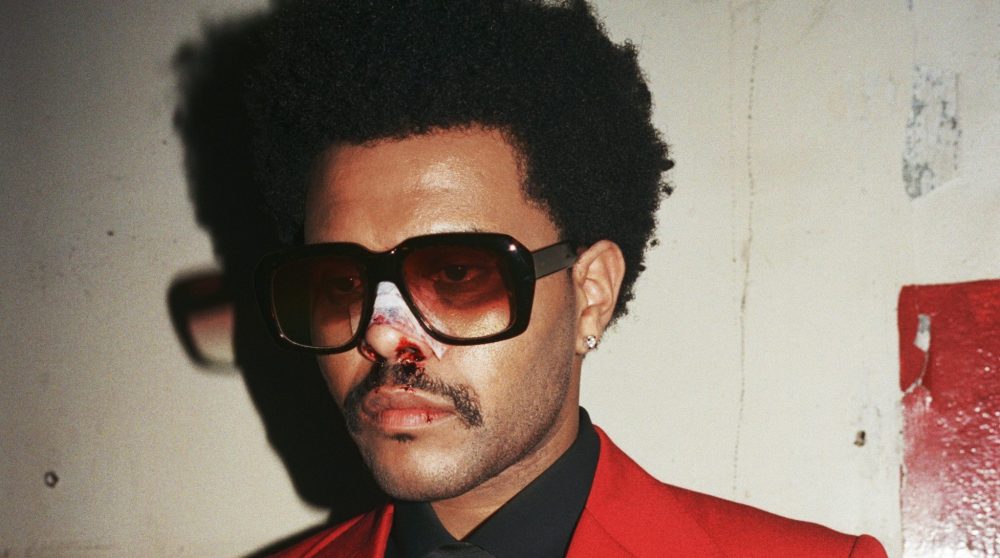 Last week, The Weeknd did get nominated for any Grammy Awards for the upcoming show in January. It shocked many people given the success of “Blinding Lights” and After Hours.

It was even more noticeable since The Weeknd has pushed for this. He’s been wearing that red jacket and his bandages for over a year now. He was out here campaigning like Netflix trying to win a Best Picture Oscar.

Sure, snubs are part of every award show. But the day before nominations, The Weeknd was the favorite to win Album, Record, and Song of the Year. People are still upset that Beyonce, Kendrick Lamar, and Kanye West didn’t win more Grammys this past decade. I get that, but at least they got nominated!

Why it’s a blessing in disguise

On Saturday night, the 49-year-old rapper delivered an all-time performance as a commentator for the Mike Tyson vs Roy Jones, Jr. fight. “This shit like two of my uncles fighting at the barbecue,” was hilarious. He even broke down in a negro spiritual at one point. I’m convinced that Snoop Dogg could turn out the Westminster Dog Show if he wanted to. Well done.

Next week: Podcast with the rapper and producer Flawless Real Talk. We talk about his experience on Netflix’s Rhythm & Flow, life as an independent artist, and his exclusive partnership with a new livestream service.