The ringtone era is long gone, but it set a precedent in hip-hop that’s as strong as ever.

In 2006, T-Pain was the face of a $6 billion global market. “Buy You A Drank,” “I’m Sprung,” and “I’m N Luv (Wit A Stripper)” sold nearly 10 million ringtones combined. He sold more ringtones than albums or digital downloads. The man who rhymed “mansion” with “Wiscansin” gave the music industry a breath of fresh air when it desperately needed it.

The ringtone wave is long gone, but its themes have lived on. Artists now make songs specifically for TikTok, just like they did for ringtones. The music industry now tracks TikTok and streaming charts like it once tracked ringtone charts. And yet again, hip-hop is the driving force behind it. The similarities between the ringtone and streaming eras are strong indicators for where the music industry is heading.

Ringtones set the pace for audio products for mobile phones

Ringtones first got popular in the early 2000s, back when Nokia brick phones and Nextel chirps were status symbols. Cellular companies like Cingular set it off with their polyphonic ringtones. Remember those? Half of them sounded like an 80s video game, but it was better than the standard jingle. Hip-hop beats worked better than other genres as polyphonic tones, and the popularity grew.

But once ringtones became mastertones—snippets from actual songs—it was a new day. The market exploded. Usher’s “Yeah” had a glow up from this to this. The cell companies, record labels, songwriters, publishers, PROs, and artists all got paid from the huge wave.

Companies like BMI made more money from ringtones than any other income stream. Boost Mobile had a deal with Kanye West, Game, and Ludacris for an exclusive ringtone. Newer acts like D4L, Jibbs, Yung Joc made records to sell ringtones first. It was a whole movement. Ringtones were the first true audio product made for mobile phones. 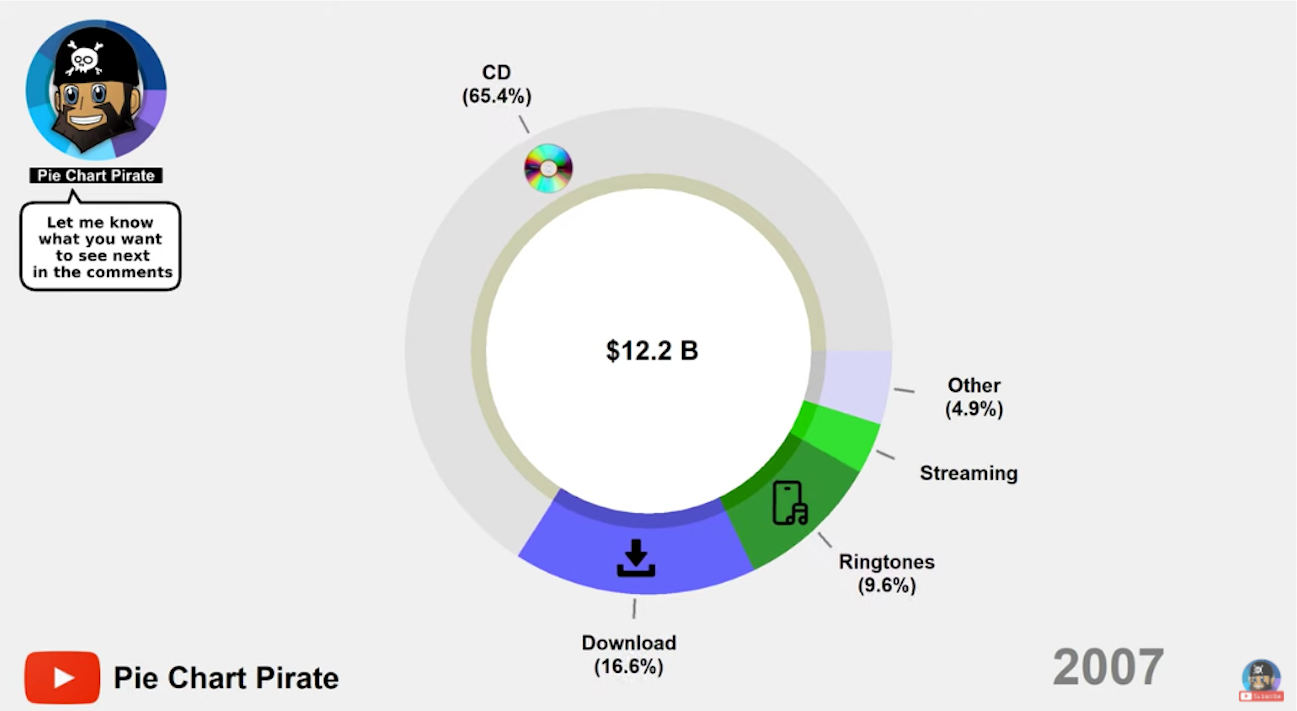 Ringtones were so lucrative it was a borderline racket. Fans paid up to $3 for a 15-second clip of a song that they could keep for just 90 days. If consumers wanted it after 90 days, they had to buy it again. In other words, Cingular was out here charging quarterly subscriptions for a single ringtone! Remember, fans could still purchase the song on iTunes for $1 and keep it forever (or illegally download on Limewire for free). But neither of those options offered fans the self-expression of a ringtone.

When your phone rang in public, it was a statement. If your ringtone was Shop Boyz “Party Like a Rockstar,” you wanted folks to think you were bout that life. If your ringtone was Akon “Don’t Matter,” you were in love with whoever was calling. And if you leveled up, you had specific ringtones for every friend, a ringback tone, and ringtones in your voicemail.

The ringtone customization options are similar to Instagram’s features. Most users stick to traditional posts. But there are more steps for those who post daily stories, reels, IGTV, and more. The business model for social media is different, but the desire to use music as self-expression is still here.

Ringtones thrived when phones were advanced enough for customized audio, but cell phone plans were much more expensive. Back then, carriers still charged 15 cents per text message and promoted their “free nights and weekends” like it was some Cyber Monday deal. It was a brief moment, but the industry made the most of it.

Hip-hop culture is always ahead of the curve

One of the strongest indicators of ringtone success was placement on the cellular company’s charts.

But the most important factor to a best-selling ringtone is featured placement on wireless operators’ ringtone menus. Ringtones that have been available for months can suddenly spike as much as 75 percent once they reach the top of the carrier’s “What’s Hot” section.

“What’s Hot” and the Billboard Ringtone charts were the playlists of their time. They captured emerging trends better than the Billboard Hot 100 could.

But as the iPhone grew in popularity, ringtones fell back. Fans could more easily create customized ringtones. Cell companies also started offering unlimited texts. The novelty faded away, as did many of the ringtone rappers themselves.

Ringtones were one of the first examples of hip-hop’s early mover advantage with new technology. It happened with YouTube, Twitter, Vine, digital streaming, Cash App, and now Clubhouse. The list goes on. There’s an eagerness to check for the latest thing. It often stems from an entrepreneurial spirit. But it also stems from a lack of faith in the traditional system. That extra hustle is how hip-hop got to where it is now, and that won’t change.

Here’s Mike Shinoda accepting his 2006 MTV VMA for Ringtone of the Year. What a moment, truly.

Music’s role in tech is stronger than ever. Most social networks have licensing deals with the major record labels. Peloton now has a multi-year partnership with Beyonce. The integration opportunities will continue to grow.

We’ll soon see more hip-hop and R&B artists specialize in certain areas, just like they did with ringtones. Some rappers are already focused on TikTok. Others will make workout music for Peloton and SoulCycle classes. Some will focus more on Fortnite or Roblox. And others will make music for livestreaming platforms like Twitch.

The future is hyper-specialized. But frankly, music has always been this way. Pop music shifts with tech and media trends. In the late 90s, artists like Eminem and *NSYNC made songs to make music videos to get played on MTV’s TRL. In 2018, Tierra Whack made an album specifically for Instagram’s 60-second posts. In the streaming era, the average beats per minute for hip-hop songs has slowed down for on-demand, at home listening. Song and album titles have also gotten shorter to make it easier on voice-controlled speakers and touch screens. It’s all intentional.

This specialization can help artists build an audience. But it may be difficult for major record labels to navigate. Most labels are built on a generalist model. Their primary goal is to sell albums for their multi-hyphenate talent.

Eventually, new record labels and distributors may form that are specifically focused on music for a particular area, like gaming, live-streaming, or short-form video. It will be a starting point to build a niche audience.

But these new niche labels and distributors don’t have to compete with major labels. Instead, they can be talent feeders. Then, the major record labels can do what they do best—turn stars into superstars. There’s an opportunity for everyone in the industry to succeed in the new era. It’s idealistic, but it’s the best outcome for an industry that needs to keep up with emerging trends.

In a few years, TikTok and Twitch may be old news. There will be a new company pushing a trend, and hip-hop will be up on it first. Those new trends may remind us of the ringtone rap era. They might even have a subscription cost since that’s the current wave.

But there’s no chance in hell anyone pays quarterly subscriptions for ringtones ever again. Bet that.