Hey! Before we dive in, two quick things:

This Trapital memo is your source for the latest and greatest in the business of hip-hop. This week’s edition covers Calvin Harris and others selling their publishing catalogs, Beyonce’s upcoming Ivy Park launch, and Griselda’s success in 2020. 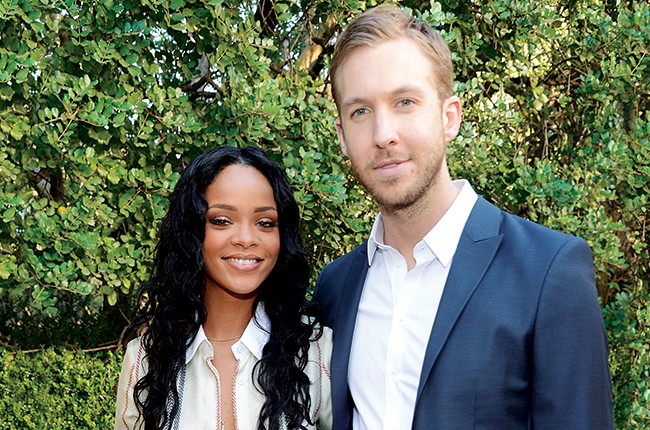 Calvin Harris sold his publishing catalog to Vine Alternative Investments for a reported $90-110 million. He’s one of many who have sold their catalogs in 2020.

A bankable hit machine. The famous DJ and producer made hit records with Rihanna, Frank Ocean, Ne-Yo, Florence Welch, and others. His 150+ song catalog has over 30 billion streams total. Rihanna’s “This Is What You Came For” is the grand prize in that catalog, with over 3 billion streams between YouTube and Spotify. Rihanna’s “We Found Love” isn’t too far behind either.

Hipgnosis, Round Hill Capital, and others have bought up these publishing catalogs like a millennial parent going wild on Amazon Prime Day. These firms have invested at 20x valuations, which is sky-high for an industry where even 10x is considered steep. In recent weeks, Darkchild and LA Reid have sold their catalogs to Hipgnosis.

There are a few big reasons for the publishing investment wave:

What will Calvin do with the money? Who knows. Due to COVID, he’s lost out on his lucrative residency gigs in Las Vegas. Harris was a mainstay DJ at the Hakkasan nightclub and the Wet Republic day club, where he made a reported $300,000 per set. Earlier this year, he started his Love Regenerator alter ego and has released music under that new name.

But this pandemic isn’t ending anytime soon. It might be a while until Calvin Harris (or Love Regenerator) can make that kind of money at a public venue.

Read more about the publishing sale boom in this Billboard Insights report.

This Friday, Beyonce and adidas will drop the much-anticipated second collection from Ivy Park.

The perfected drop. The first Ivy Park drop came in January, which feels like 5 years ago at this point. Beyonce had one of the most effective influencer strategies yet. She sent her celebrity friends Ivy Park merchandise for them to unbox on Instagram. Her friends include Laverne Cox, Yara Shahidi, Kim Kardashian West, Reese Witherspoon, and others. The limited merch sold out in days. It dominated social media, and even led to a brilliant follow-up drop from Popeyes!

The Yeezy strategy. Adidas received tremendous praise for its success with Yeezy. The global apparel company learned from the industry’s past mistakes and patiently managed both supply and demand. Yeezy’s weren’t released in mass quantities until 2018. Sneaker analyst Matt Powell is still skeptical of Yeezys and celebrity footwear, but Yeezy’s have proven themselves to be a success.

Drip 2. Friday’s drop is called Drip 2. The campaign is called “this is my Park.” From Adidas:

Beyoncé, the artist, creative visionary, mother and businesswoman asks the viewer to find their park — the place, imagined or real, that defines and centers them.

Where is your beast mode? What drives you? Where do your dreams lie? What is your motivation? The answer – “your park” and the second collection from adidas x IVY PARK. Inspired by the inner beauty, strength, resilience and energy of artists who have found their respective parks.

More inclusive. The first Ivy Park drop was criticized for its lack of plus-size options, which only ranged from XS-XL. This time around, Adidas said the sizes will be XXXS – 4XL. Prices will also range from $25 to accessories $200 for outerwear.

Benny The Butcher’s Burden of Proof is another sign of the strong operation Griselda has built.

A different business model. Benny’s latest album is the highest-selling Griselda album in its first week, with 19,000 units sold. It’s an objectively low number for one of hip-hop’s hottest artists, but Griselda is not playing the traditional game.

Griselda began as a clothing brand. The group makes its money from high-end merch, vinyl, and other apparel items. Westside Gunn, who released Who Made The Sunshine earlier this month, has done past collabs with fashion designer Virgil Abloh. It’s not too different from Nipsey Hussle’s model. There was no $100 mixtape, but Griselda is here to serve the select fans who love them and will pay to support. “I don’t have to be known as the best rapper, but the best rapper wishes he was Westside Gunn.” Gunn told Entertainment Weekly.

An influential fanbase. One of Griselda’s biggest advantages is the audience it caters to. Its old-school boom-bap production style is perfect for the generation who grew up on Wu-Tang. Many of these people have big voices in hip-hop media and are some of the most-followed voices on Twitter. These fans over-index in influence, so when they praise Griselda it pushes the group further. It’s like an unintentional influencer strategy.

To put in another way, Griselda has probably gotten more media coverage in 2020 than Lil’ Uzi Vert has. Uzi’s not a big fan of interviews, but he’s still one of this year’s highest-selling rappers on the Billboard charts. But folks like Ebro from Hot 97 or Joe Budden are much more likely to check for Griselda than Uzi based on personal interest.

Westside Gunn for Def Jam President? Westside Gunn tweeted that has wants to run Def Jam but he’s overqualified. The Buffalo rapper could succeed in many industry exec roles, but there are better fits for him than Def Jam President. He would run into the same challenges Jay Z did fifteen years ago as head of Def Jam.

Griselda is not in the business of building superstars. Def Jam is running a different playbook.

Learn more about Griselda in this explainer-style article from Complex.

TheFutureParty is a community-based daily newsletter that dissects the business of culture. It’s a must-read part of my rotation. I love it for the concise hot takes, industry trends, and thought-provoking stories. It’s relevant, informative, and fun to read. You’ll join a creative, diverse and inclusive community. Sign up here to get access to the free newsletter.

Travis Scott named creative partner for Sony PlayStation in advance of the PS5 launch. The next Verzuz battle is T.I. vs Jeezy on November 19. Drake’s Certified Lover Boy coming January 2021.

Trapital Player of the Week: Cardi B

Cardi’s won this award before, but she deserves it again for this perfect response to a dumb Twitter post.

Some random person said that Birkin bags lose their value because Cardi and City Girls make them seem too accessible. Cardi recorded a four-minute video to call out the hypocrisy of Black entertainers getting called out for this. She talked about the value she added to luxury brands like Christian Louboutin shoes and Balenciagas after name-dropping them in songs.

The post didn’t even need a response, but like always, Cardi has to receipts for those who check her.

Enjoy the rest of your week. Tell your friends to vote. Good luck to anyone trying to get Ivy Park merch on Friday!