The company that revolutionized digital music is now playing catch up. 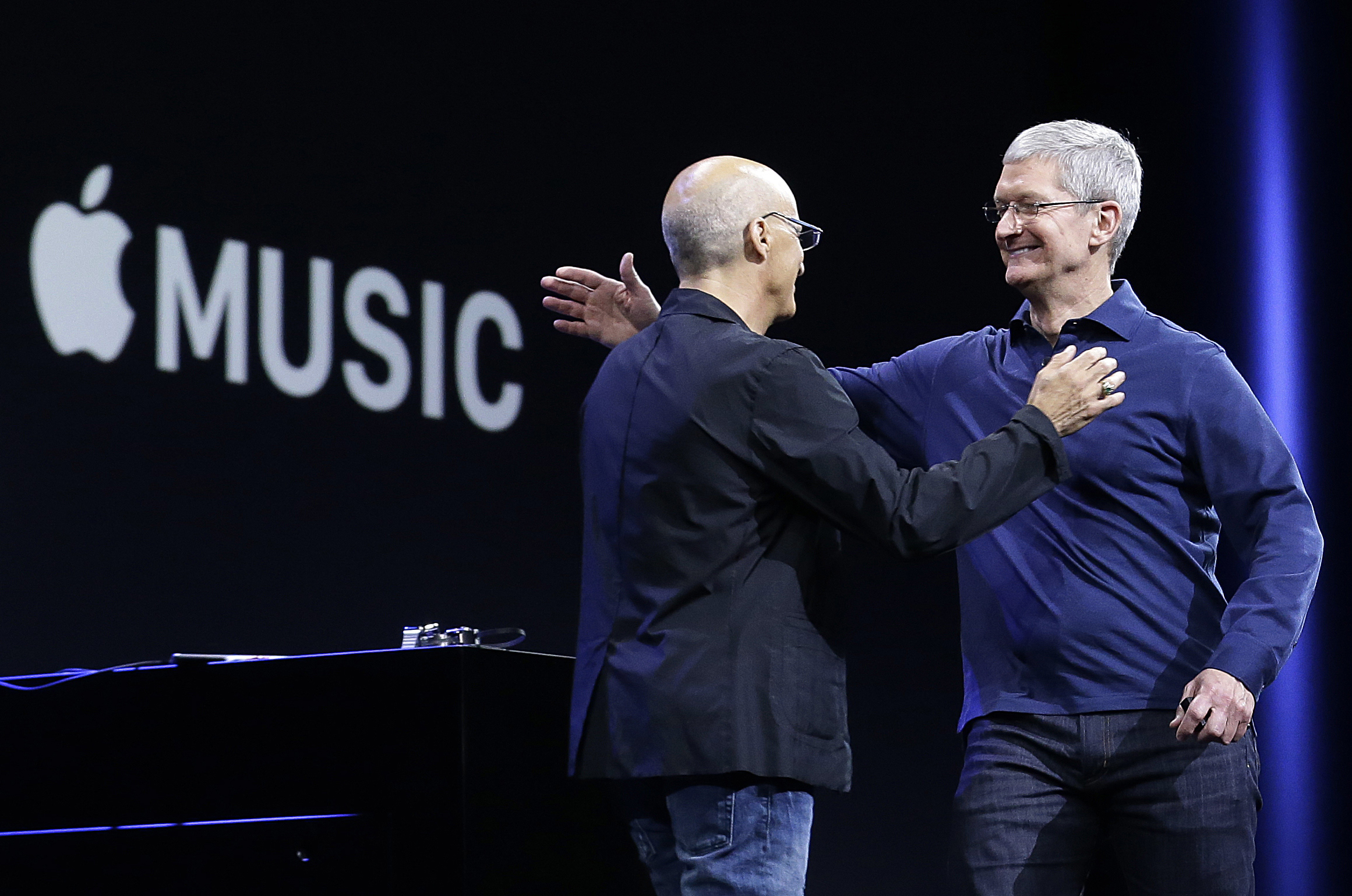 It’s been a wild ride for Apple Music. The service launched in June 2015, right in time for the feud between Drake and Meek Mill. While hip-hop fans waited for Meek to recover from “Back to Back,” Apple Music wasted no time. It released a Meek Mill vs. Drake playlist at the height of the drama. It proved that the streaming service was here to be relevant in culture.

A lot has changed since 2015 though. Spotify has expanded its focus, Amazon Music has gained steam, and Apple Music’s market share has declined. Apple, the company that revolutionized digital music, is now trying to catch up.

Tim Cook has said that Apple Music’s “not in it for the money.” Apple Music head Oliver Schusser said that it would rather be “best” than “biggest.” Being “best” is the same mentality behind Apple’s premium-priced, top-notch hardware.

But music streaming is different. The service is a borderline commodity and the margins are razor-thin. Apple Music now needs to grow in markets where premium pricing won’t work. Instead of being “best,” Apple should follow its old slogan and think different.

At first, Apple wanted no parts of a music subscription service. For years, Steve Jobs had said it wouldn’t work. But the iTunes digital download ownership model couldn’t last in a world where consumers care more about access. Soon enough, Apple launched iTunes Radio, acquired Beats by Dre for its streaming service, and brought them together in Apple Music.

“We’ve always thought that hip-hop was underrepresented both in iTunes and in the streaming chart. And more people listen to hip-hop now than ever before so we’ve done a lot of work in that area.”

In iTunes’ heyday, U2 was the star. In 2004, the band had its own red and black special edition iPod. In 2014, the group’s album magically appeared in every iTunes account. Plug an iPhone in a USB port right now and you’ll still hear Bono’s voice within seconds! The Irish rock group made the deal of the century with Apple.

But for Apple Music, the star has been Drake. The Toronto rapper signed a reported $19 million deal with Apple. He spoke at the 2015 Worldwide Developers Conference in advance of the Apple Music launch, started OVO Radio, and has been in several commercials. “God’s Plan” is now the most-streamed song in Apple Music history. Drake was a legit ambassador. If Tim Cook needed a shoulder rub before an Apple Keynote, Aubrey would have been in there like he was for Nick Nurse at the Toronto Raptors game.

This was the dream for Jimmy Iovine, who was head of Apple Music back then. He had spent his career at Interscope building megastars and wanted to do it again. Apple Music soon offered similar album exclusive deals to Drake, Chance The Rapper, Frank Ocean, and others. By restricting access for desired products, Apple Music differentiated itself and gained market share quickly. Fifteen months after launch, Apple Music had 17 million paid subscribers.

But after the controversial release of Frank Ocean’s Blonde in August 2016, the major record labels refused to do album exclusives with streaming services. The decision pushed digital streaming providers toward commoditization. Apple Music got hit the hardest.

Despite the end of album exclusives, Apple Music still had an advantage with hardware integration. iPhones, iPads, and MacBooks had the Apple Music app pre-installed. A free trial was a few clicks away.

That strategy worked best in the U.S. where iPhone use is high. But it was less effective in the rest of the world where Android reigns supreme, and a $9.99 per month music subscription won’t work. Without a free subscription tier, Apple Music lost out on customers that used free, ad-supported options on YouTube and Spotify.

To grow in emerging markets, Apple has lowered its price below $2 per month in some regions. That strategy is fine for a company like Netflix where there’s no marginal cost per subscriber. But it’s a tougher sell when the record labels take 60-70% of the revenue from each customer.

It was tough for Iovine too. Apple grew tired of his extravagant spending on artist exclusives. Jimmy’s visionary approach lost appeal internally. In 2018 he transitioned to a consultant role and has since cited the strategic challenges in music streaming.

Here’s a clip of him explaining those struggles:

Apple Music’s biggest challenge is that it was built for a streaming war, but got caught in a price war. From a product perspective, it invested heavily in big name voices like Zane Lowe and Ebro Darden, and now has Verzuz and Apple Music TV. But from a distribution perspective, its current strategy is dominated by free trials, paid conversion rates, and bundles. It’s a tough game for Apple, a company that rarely does price wars. But it’s hard to avoid when its rising competitors are doing the same.

Apple Music main competitor has been Spotify, but the real company to watch is Amazon.

Amazon, like Apple, has a more affluent U.S. customer base who already owns the company’s devices. But Amazon more effectively turned its devices into lead generation platforms. Want Alexa to play “Baby Shark” for your kid? Say less. It’s already set up through Amazon Music’s free tier. No need to sign up for free trials (and set calendar reminders when it’s time to cancel!) Want to hear Baby Shark ad-free? Done. Amazon Music Unlimited is an easy upgrade that’s sold at a discount for Prime customers.

This is a strategy that Apple has since announced in 2020 with its HomePod mini and Apple One bundle. But HomePod mini doesn’t have an Apple Music free tier. And Apple One’s other services ( TV, News, Arcade, iCloud, and Fitness) are far less desirable than Amazon Prime.

According to Counterpoint, Amazon Music grew over 100% year-over-year in the first quarter of 2020. Its overall market share grew from 13% to 14%, while Apple Music’s has dropped 3%. In 2020, Amazon might have surpassed both Spotify and Apple Music for U.S. subscribers. While Apple Music and Spotify battled for the trend-setting youthful customers, Amazon focused more on those with a higher willingness to pay and offered them the lowest-priced service.

Despite the relative success of competitors, Apple’s growth is still promising. It has an estimated 82 million paid subscribers and double-digit growth since 2019. But Apple can do more to regain its place at the forefront of music technology and get the market share that comes with it.

Verzuz was a good pickup for Apple Music, but the streaming service needs more than the shade thrown back and forth between Brandy and Monica (via @Verzuz)

The potential with AirPods

The way to win in music streaming is through true differentiation. Amazon has done this through price and integration with popular products. Spotify has done this with its audio strategy. On that note, it’s wild that Spotify is now leading audio. Apple had a Golden State Warriors-level 3-1 lead in both digital music and podcasting! But hey, it is what it is.

Apple’s best opportunity is to integrate its AirPods—one of the most successful products of the past decade. AirPods are great wireless headphones, but the real potential is in augmented reality and wearables. Apple can create a new audio experience for both artists and fans.

Here’s what Apple analyst Neil Cybart wrote in Above Avalon:

Apple can empower iOS developers to come up with new forms of content and workflows designed to be consumed on a range of wearables (along with mobile devices). Along with music and podcasts, there could be room for new mediums and experiences, many that can’t even be envisioned yet. In such a dynamic, Apple could then leverage its biggest advantage over Spotify: hardware and a broader platform with various services.

What if Travis Scott created an immersive audio experience that can only be heard through AirPods or similar? Fans could listen to specific parts of an album as they travel to different parts of the house, walk further away from their phones, take one AirPod out, or bring in external sounds to further engage. AirPods Pro already has a Transparency Mode that enables external audio. If Apple can work with an artist on this, it would be a huge win.

This would hit stronger in hip-hop, where artists have been the most creative with their craft. It would be smart for Apple, since it’s still the most popular paid digital streaming provider in the U.S. for hip-hop. There would have to be some serious discussions with the major record labels though. They would be hesitant about one DSP gaining exclusive power again. It would further anger Spotify too, who has already called out Apple for its nefarious App Store fees and similar tactics. But if Apple can create a unique audio experience and convince artists to buy in, then it has an advantage.

In the past decade, there are a bunch of “what if” scenarios for Apple. What if they pushed back harder on Jobs about the future of music subscriptions? What if they took podcasting more seriously? What if they had bundled Apple Music with the monthly cell phone bills for AT&T and Verizon customers? But “what if” games get old quick.

Apple may no longer be the company revolutionizing digital music, but it’s not too late to reclaim that title.