memo 010: the only Christopher we acknowledge

Each week, this memo gets sent to nearly 6,000 people taking hip-hop to the next level. Let’s keep that going. Join us.

Hey! Congrats to all you Lakers fans on the NBA title. Congrats to the LeBron James stans. And most importantly, congrats to the NBA for pulling this off. 172 games. 3 months. Zero positive COVID-19 tests. Thanks to the players for bringing social justice and voting rights to the forefront. Such a proud moment for this league.

FYI – you can now register for this Thursday’s webinar! Cherie Hu and I will break down the music strategies for Facebook, Apple, Amazon, Netflix, Google, and Tencent. Join us 10/15 at 5pm ET. 200+ have registered. Sign up here: lu.ma/bigtechmusic

And remember, if you enjoy Trapital, forward this email to a colleague or text a friend.

new podcast: the future of live events with Al D

Move Forward Music founder Alex “Al D” Damashek came on the pod to talk about how 2020 has shaped his New York-based live events production company. The company gained fame for putting on the first NY concerts for big artists like Kendrick Lamar, Noname, and DaBaby.

But Move Forward was forced to pivot since the pandemic. The company recently launched a new partnership with Twitch. The first event is this weekend’s Move Forward Fest on October 17-18. It’s a livestream virtual music festival featuring Just Blaze, The Alchemist, Sonny Digital, and more.

If you want to hear about how COVID will shape the future of live events, this is the pod for you.

Listen on Apple Podcast, Spotify, or watch video on YouTube. 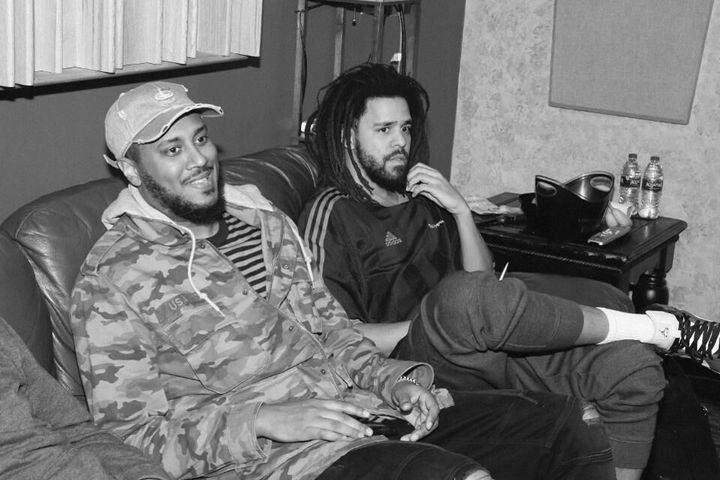 It was only a matter of time. A few years ago, Dreamville dropped the “Records” from its name to brand the company more broadly. And on the Trapital Podcast, Dreamville co-founder Ib Hamad spoke at length about his desire to separate the Dreamville brand from he guy who went double platinum with no features.

New talent. Dreamville Ventures will be led by Damien Scott. He was EIC and VP of Content and Development at Complex Media, and helped launch ComplexCon. Dreamville Studios will be led by Candane Rodney worked for several film studios including Wilmore, Sony, and Lionsgate.

They have the experience and an opportunity to start something new for a brand that fans love. It’s a great position to be in.

It follows the growing trend of record labels stepping it up in media and content. Dreamville artists have a ton of valuable IP. If Dreamville doesn’t have the in-house capabilities to help tell these stories, another company will.

Sports agency next? A lot of folks (myself included) expect Dreamville to start a sports agency. It’s the next step. Earlier this year, J. Cole also said he still wants to play in the league. No disrespect to Jermaine but the “Dreamville Sports” agency extension seems much more likely.

Read more about the Dreamville expansion in Variety.

Get next week’s Trapital memo in your inbox. Read the memo that the execs read each week: 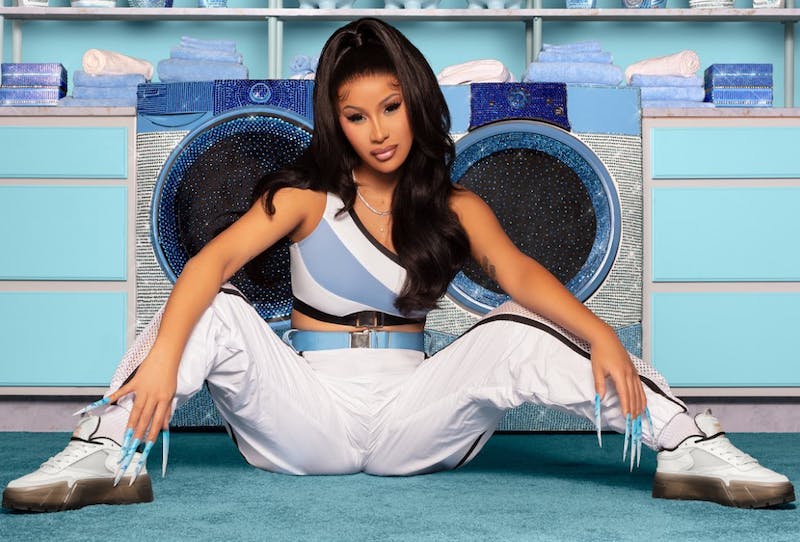 ​​Cardi B rockin her new Reeboks (via @iamcardib)

On November 13, Cardi is launching her first-ever sneaker collection with Reebok.

Reebok and hip-hop. In the early 2000s, Reebok WAS hip-hop. It had sneaker deals with Allen Iverson, Jay Z, Shaquille O’Neal, and 50 Cent. But when adidas acquired Reebok in 2006, the brand suffered. Reebok’s market share dropped sharply as a result.

(Let’s be honest though, that acquisition that was set up for failure. I wrote about it a few months ago.)

adidas or Reebok? In recent years, adidas has been the brand more connected to hip-hop. There’s Kanye’s Yeezy’s, Beyonce’s IVY PARK, and more. Where does that leave Reebok?

Ideally, customers can distinguish between the two. But both brands target the same athleisure wearing, streetwear loving, low-key hypebeast. The brands don’t need to have a night and day difference, but come on. Cardi B could have been on Adidas and no one would have thought twice about it.

Luckily, Cardi B is a big name. She could sell Lugz boots if she had to. But that shouldn’t give adidas a pass! Superstar rappers still need branding behind them.

Check out the Cardi B collection on the Reebok website.

Twitch staff calls out the company’s sexual assault, racism, and more. Hip-hop agent Brent Smith is out at WME for bullying. Common launches podcast exclusive to Audible. There was a false report that Blac Chyna earned £15 M monthly from OnlyFans. (Those numbers were based on estimates, and the numbers behind those estimates were wrong. The list also reported that Tyga, Cardi B, Safaree, and Casanova earned insanely high amounts. Check sources before you broadcast those stats!)

The Run The Jewels rapper launched a new digital banking platform for the Black and Latinx community. Bank Greenwood was launched in partnership with former Atlanta Major Andrew Young and Bounce TV founder Ryan Glover. The goal is to revive the spirit of Black Wall Street in Tulsa, OK and ensure that money can circulate in the Black community longer. This is about economic empowerment.

The bank has already received tens of thousands of requests in under 24 hours, so it’s clearly serving a need. Killer Mike has been on the forefront of activism and justice. He continues to live up to that promise.

An essay on Apple Music! This one has been on my mind for a while so get ready…

Enjoy the rest of your Indigenous People’s Day. The only Christopher we acknowledge is Wallace.