Boom. This is your first Trapital Memo! It’s your weekly breakdown on hip-hop’s most important business news.

This week’s memo looks at Cardi B and Meg Thee Stallion’s new music video that’s captured all the headlines, the Roc Nation’s school at Long Island University, Live Nation’s unsurprisingly bad quarter, and Lizzo’s new deal with Amazon. I also included a new section, Trapital’s Player of the Week to recognize the person (or company) that made the best moves. 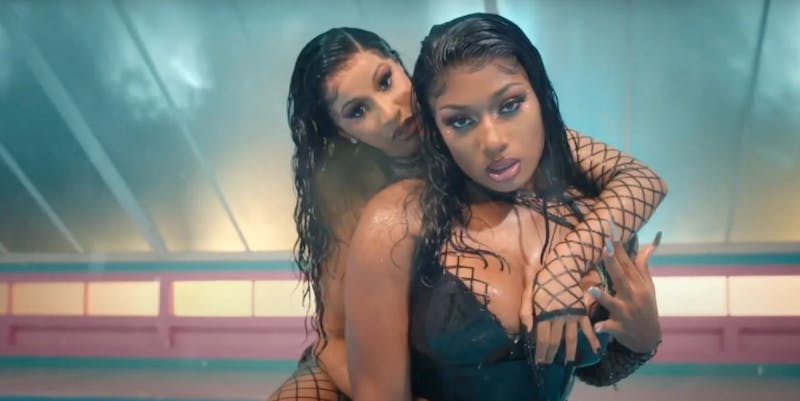 Cardi B and Meg Thee Stallion’s new music video “WAP” premiered on Thursday and continues to dominate the conversation with over 60 million YouTube views.

The perfect formula? The music video is a great moment for empowerment. It’s been celebrated in many circles and continues to get great coverage. It has also gotten plenty of backlash:

Controversy sells. Let’s imagine that Kylie was replaced with Zendaya. She’s a less controversial and more beloved celebrity among Cardi and Meg fans. People would have been “happier,” but would the music video have gained as much attention? Sadly, no. There would be no articles about the backlash, no petition, and no articles about the response to the backlash, and no Viola Davis memes. All that earned media? Gone.

The social media era rewards outrage (and backlash to outrage). It’s exhausting, but it’s the name of the game.

Unfortunately, the backlash has drowned out some great follow-up moments. Here’s a behind the scenes clip of Cardi B informing the team. There are a few more clips on Cardi’s Instagram page. More artists should share BTS footage. Fans love it.

Roc Nation: school is in session

Moguls in the making. Roc Nation CEO Desiree Perez said that the new school will “provide unique insight, knowledge and experiences for students and introduce the world to the next generation of unmatched talent.” This school is an opportunity to attract the next generation of talent. The company has positioned itself at the epicenter of entertainment. It’s a logical next step.

The company’s image resonates with millions of fans, from the paper plane hats to the people who want to attend the next Roc Nation Brunch. This school can be positioned for the next set of aspiring moguls.

“Financial freedom’s my only hope.” The Roc Nation Hope Scholarship will be given to 25% of the incoming freshman class. They should graduate LIU without any student loan debt.

Dinner with Jay Z or free tuition? At LIU annual tuition and room & board costs are just north of $50,000. Remember the question Dinner with Jay Z or $50,000? Jay should have dinner with every student who doesn’t qualify for the scholarship and has to pay the full $50K. It’s only right.

Due to the pandemic, the live entertainment titan’s second-quarter revenue dropped 98% from Q2 2019.

Cost-saving measures aren’t enough. Live Nation has taken numerous steps to lessen the impact. The company cut nearly $2 billion in total expenses since the onset of COVID-19. The company has also pushed drive-in concerts and Live At Home content. But there’s no substitute for a business model dependent on millions of people packing together closely.

An expanding career. Lizzo continues her rise in entertainment. Last year she had small roles in both Hustlers and UglyDolls. With her passionate following, she should have no problem drawing fans to Prime Video content. Jen Salke, head of Amazon Studios, is just as excited.

When multihyphenates team up. Amazon’s biggest value prop is its strength across industries. In Why Rihanna Partnered With Amazon, I broke down how the Fenty Beauty fashion show (an Amazon exclusive) helps Rihanna sell more Fenty products through Amazon. The same opportunity exists for Lizzo.

Amazon is a lot like the entertainers it partners with. Mutlihyphenates that can add value in several areas. CEO Jeff Bezos once said that each Golden Globe helps them sell more shoes. Similarly, each accolade Lizzo’s new Prime show earns, she can sell more physical goods on Amazon.

Enjoying Trapital? Tell a friend about your #1 source on the business of hip-hop. My referral program is under construction, but you can still refer the people you think would benefit most from this memo.

It’s quick and easy. Send this link to someone you know who would enjoy this:

This past week, Meg dropped the new song and music video with Cardi B, became a global brand ambassador for Revlon, and had a major profile in Variety. Less than a month ago, she was shot in both of her feet and had surgery to remove the bullets. If she needed time off to recover, no one would have questioned it. But as she told Variety this week, “I’m not the type of person who can stay down for a long time.”

A bunch of you replied to last week’s email and got this right. The next essay is on IGOR himself. Get ready, there’s a lot to cover…