A New Direction for Trapital

This week, I ended the paid membership program. It was a tough decision, but the right call for the business. I learned a lot this past year running it. There are a bunch of great things about it that I plan to carry forward, and other lessons learned to improve upon.

Don’t worry, Trapital itself is still here. The essays will still get sent to your inbox. I’ll still do podcasts as well. This is a shift for the revenue-generating parts of my business.

Yes, this is a Trapital-style essay on Trapital. Get ready.

When I first started in 2018, I thought I had this game figured out. I already had a niche for myself as a freelance writer on hip-hop business. But my impact was limited, even when writing for the big reputable outlets. I’m a lifelong hip-hop fan and wanted to see the culture recognized the same way other industries were. I knew that to properly elevate the business of hip-hop, it needed a home.

I learned from what Ben Thompson built with Stratechery. I wanted the same. I knew there was an audience, and I knew I could serve it well. I felt confident in my abilities and was willing to learn along the way. I dove right in.

Trapital began as a newsletter on Substack. The platform was a great way to scale up quickly and get my feet wet. The newsletter soon gained traction with the right people.

As Trapital grew, I noticed the groups who had joined in. Some were here for the helpful content they couldn’t find elsewhere. Others were bought into the brand of Trapital itself. And others were here to support Trapital in improving representation since hip-hop artists rarely get this level of in-depth business analysis.

I soon realized that Substack, despite its ease of use, would limit my potential to tap into all that value. I moved off the service and built my own stack through WordPress, Memberful, Stripe, and ConvertKit. The platform shift had its growing pains, but it was a worthwhile tradeoff for the long-term control and flexibility gained.

Ownership is always a tradeoff, as I write about quite often, but it was needed for a business like Trapital. Without it, this transition would have been a helluva lot harder.

I launched the paid membership with a ton of excitement. I had the same “freemium” model that’s quite popular with newsletters: $100 annually / $10 monthly. My free essays were lead generation. Paid customers received an additional email update each Monday and Friday, with a brief analysis of the two or three most important news topics. Members were also invited to a private Slack group, group meetups, and other occasional perks throughout the year.

I was dead set on reaching 1,000 paid members in my first year. I was gonna convert at least 10% of my audience to paid, if not more. I looked in the mirror like “Bet. You got this.”

Well, I didn’t hit either goal. I had hundreds of paid members, but not thousands. I converted 6% of my audience at best. Early on, I was frustrated. People said that they loved my content. My email open rate percentage was in the high 40s and low 50s. And I attracted a growing audience of industry power players and household names. What more did I have to do??

Honestly, that tepid success was a blessing in disguise. If I had hit those goals, I would have been less likely to survey members and examine where to improve. This is a common strategic dilemma. Just because an idea can work doesn’t mean it’s the best. To level up, I had to move on from what was “ok” and take a risk toward something greater. I had to try and pull a Masai Ujiri!

It started with a critical review of my current product. The $100 annual / $10 monthly freemium newsletters are popular because they’re an easy way to make a sale. With a massive audience, it can sell quite well. But for Trapital, it blurred the line between need and patronage. In my surveys, I learned that many bought out of need, which is great. Others bought it to support me financially. Others bought it like a gym membership—the intent was there, but the low cost made it easy to cancel if not used enough.

The collective support was humbling, but it couldn’t be my core product. I view Trapital’s mission bigger than myself, and wanted its primary business to solve a true need for customers.

The paid newsletter product was limited for a few more reasons. First, it slowed growth. The time spent trying to convert free email subscribers to “paid” is time that could have been spent growing my overall distribution to attract more people. Second, there were plenty of ways that Trapital can be valuable beyond those Monday and Friday email updates. Just because someone didn’t want a paid membership didn’t mean they wouldn’t want other products. Third, content subscription fatigue is real.

Despite the clear signs, the decision was still difficult. Many people were bummed out. There were several parts of the membership that I truly loved. Our meetups were some of my favorite moments! The Slack conversations were great. It pushed me to want to better serve this community and find dope ways to bring it together. I’ll keep this same energy that moving forward. 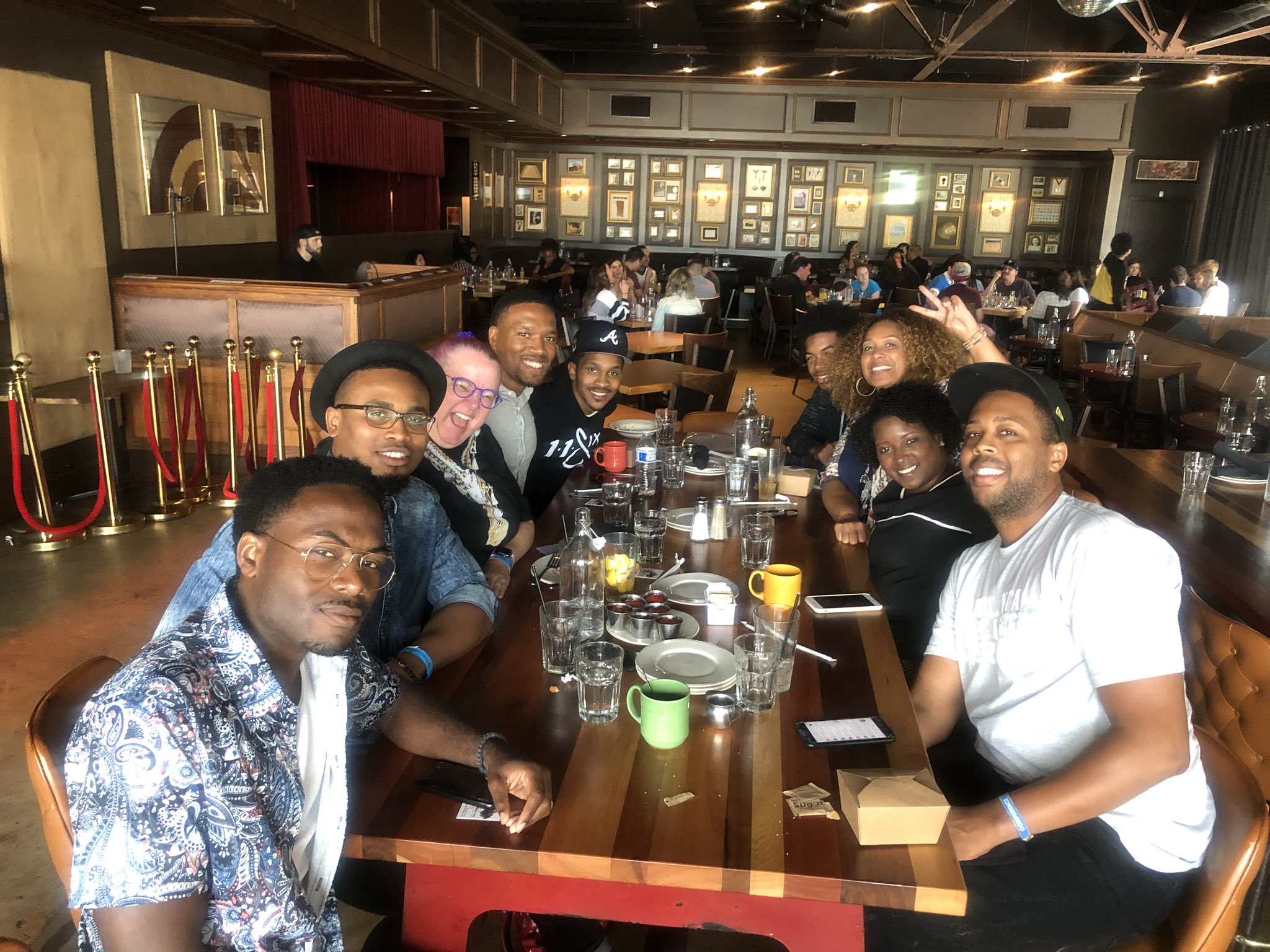 Helping those who can benefit most

Looking back, Trapital’s short-lived membership was like a “friends and family” round. I’m truly grateful for each person who made it possible. It was helpful to get things off the ground, test things out, and get clarity on where I can add the most value.

By far, the most common request from Trapital readers is my time. People have asked me to consult on projects, offer strategic advice, advise their startups, pick my brain (even though I hate that damn term), and so on.

It’s one of the reasons I now offer Trapital strategy services. I want to work more closely with clients I can help get to the next level. It will work out better financially, which will further Trapital’s mission. Companies can play a huge role in elevating hip-hop, and I want to be the bridge to help them get there. I previously worked in strategic partnerships in client-facing roles, so this is a natural fit. I’ve missed that part of my career, so I’m excited to scale it up.

Will I launch another premium offering in the future? Most likely, but no time soon. It will be much more geared toward the execs and decision-makers who need it. Stay tuned.

But before that happens, I would love to reach some new email subscriber milestones.

I appreciate all the support. I’ve met great people along the way who have been tremendous thought partners and friends as I’ve planned this out—especially these past few months. Not naming any names cause I might leave someone off and feel bad, but you know who you are! Much appreciated.

The best is yet to come. I’m excited about Trapital’s future, and I hope you are too.

P.S. – wanna help Trapital grow? Who’s the one person you know who would get the most out of it? Tell them to join the email list.

The Best from Trapital in 2020

Why Hip-Hop and Gaming are Still Scratching the Surface

How The Weeknd Mastered His Brand