Why Ownership Matters More in Hip-Hop

The system hasn’t always had hip-hop’s best interest at heart, so its artists are more likely to take control. 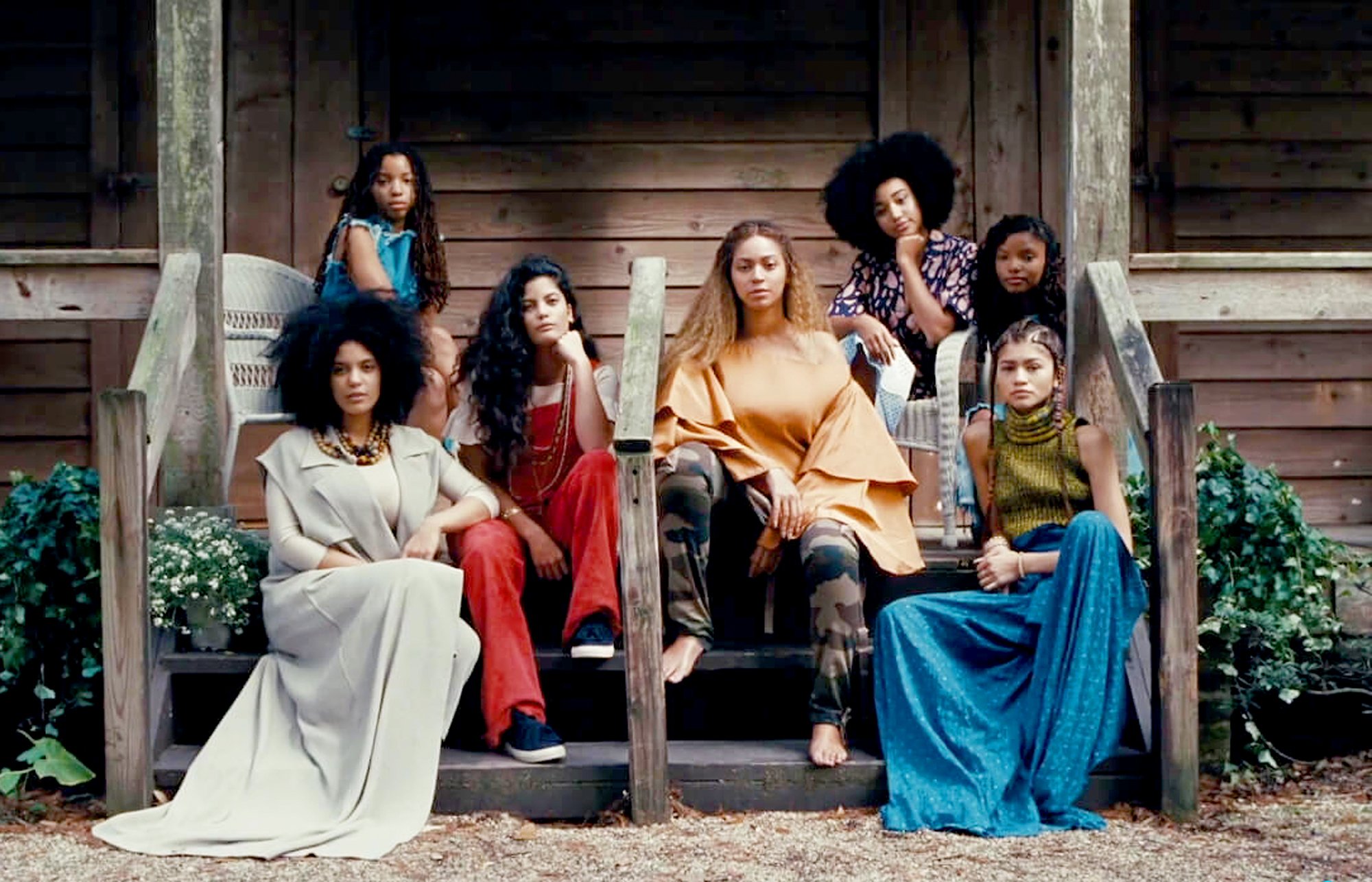 Beyoncé and others who appeared in the Lemonade visual album (HBO)

Last Sunday, Beyoncé gave the Class of 2020 an impactful commencement speech. There were tons of gems, but this was the part to stand up and clap:

“There was a pivotal turning point in my life when I chose to build my company many years ago… Not enough Black women had a seat at the table, so I had to go and chop down that wood and build my own table. Then I had to invite the best there was to have a seat. That meant hiring women, men, outsiders, underdogs, people who were overlooked, and waiting to be seen.”

We’ve heard “build my own table” before. Tyler Perry said it proudly at last year’s BET Awards. Jay Z started Roc-a-Fella Records because major labels overlooked him. For them, entrepreneurship was a necessity.

It’s different for Beyoncé though. The Destiny’s Child singer was already a commercial success. She didn’t launch Parkwood Entertainment for traction. She did it for empowerment.

For many Black artists, ownership is protection from an industry that doesn’t look out for its best interest. The circumstances behind it are unfortunate, but the outcome made hip-hop stronger.

Less faith in the system

One of Trapital’s central themes is the tradeoff between ownership and partnership. Every artist falls somewhere on this spectrum. Chance the Rapper is on one side telling rappers to follow his lead and own all their assets. Drake is on the other, living large with his “unlimited budget” from Universal Music Group. Yet still, the OVO Sound founder owns more of his business operations than peers in other genres of music. Even the “partnership-minded” rappers maintain some level of ownership.

This happened for a few reasons. The first stems from themes in last week’s article Hip-Hop’s Fight Against Racial Injustice. The 90s hip-hop execs learned from the horror stories like N.W.A. and its late manager Jerry Heller. They weren’t having it. Ownership was an insurance policy against the bullshit that any business partners tried to pull. (Ironically, those hip-hop execs tried that same bullshit on their own artists, which I’ve written about: Death Row and Cash Money).

The second reason is less overt, but still damaging. Hip-hop artists are often given less leeway in their major label deals. Their partners expect them to fall in line and fit a specific profile. The partnership starts to feel more like a short leash. And naturally, ambitious artists have no desire to be leashed.

Beyoncé’s pre-Parkwood career is a textbook example. She kept a pristine image throughout The Writings on The Wall, Dangerously in Love, and B’Day. It was lucrative but unrealistic. In 2013, Beyoncé spoke about it in her Life Is But a Dream documentary:

“I want to be able to sing about how much I hate myself that day, if that’s how I feel. Forget being cool, I’m gonna be honest. I don’t have to kill myself and be so hard on myself. If I’m scared, be scared.”

It’s an experience that artists in other genres are less likely to face. For instance, Justin Timberlake and Adam Levine have been stars for about as long as Beyoncé. The NSYNC and Maroon 5 frontmen have had numerous career transitions–thanks to hip-hop– that were welcomed with little resistance. Any controversial moments faded quickly. Technically, both have launched record labels, but neither as expansive as Parkwood. And frankly, they don’t need to be. When the entertainment industry has their back. There’s less need to build their own table.

And if the industry ever lets them down, Timberlake still has the Trolls sequels and Levine has The Voice. Believe me, they’ll be fine. 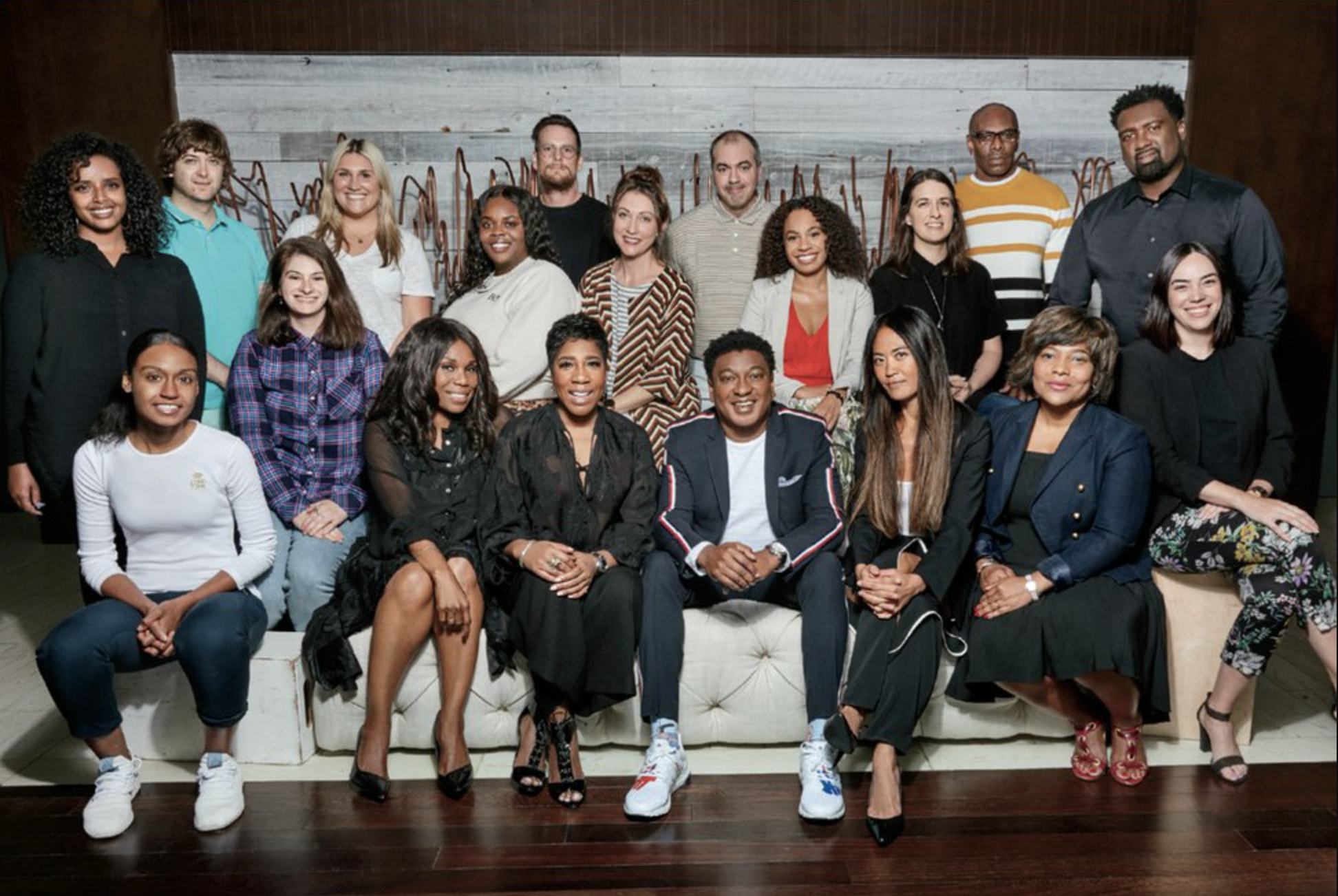 The Parkwood Entertainment team (via Billboard)

Put on for others

In a 2013 interview with Billboard, Beyoncé shared why she launched Parkwood:

“When I decided to manage myself it was important that I didn’t go to some big management company. I felt like I wanted to follow the footsteps of Madonna and be a powerhouse and have my own empire and show other women when you get to this point in your career you don’t have to go sign with someone else and share your money and your success—you do it yourself.”

In 1992, Madonna founded Maverick on a similar premise of women empowerment. But the “Like a Prayer” singer and her stable of artists had more privilege to be themselves. Maverick’s biggest victory was signing Alanis Morissette, whose triple diamond-selling Jagged Little Pill was one of the angstiest, no-fucks-given albums of its era. It’s the type of album that if Beyoncé dropped in her early 20s, the media would have lost its damn mind.

Beyoncé built Parkwood to be the company she wishes existed when she came up. The venture with Columbia had the support of a major label and the independence of her own shop. She signed Chloe x Halle, Sophie Beem, and Ingrid Burley to give them the freedom she didn’t have until recently. The company empowers both them and herself. It proves that there is much more to success than external accolades. But that perception can cloud reality, especially if that image is pushed by the artists themselves.

Let’s rewind to 2007. Beyoncé and Jay Z’s “Upgrade U” was everywhere. It had so many Audemars Piguet references it felt like a lowkey ad. The name-drop for Jacob the Jeweler was a rite of passage for 2000s hip-hop. We thought they had won, but not yet. Hov was a frustrated, post-Kingdom Come thirty-something with a short leash as Def Jam President. Beyoncé was tired of maintaining the perfection that was on full display in this lavish music video.

A decade later, The Carters rented out The Louvre for “Apeshit.” It was a much more convincing ‘sequel’ to “Upgrade U.” Jay Z now had Roc Nation and a strong partnership with Live Nation. Beyonce now had Parkwood and more leverage with Columbia Record. They both found their spot on that ownership spectrum.

What could have been

If the music and entertainment industry had empowered Black artists decades ago, the past generation would be much better off. For every Jay Z and Beyoncé, there are countless more who weren’t given much freedom, but their moment passed before they could take charge.

This lack of empowerment hurt both artists and the industry tremendously. Rappers have proved for decades that they can sell millions of records in both major cities and suburbia. If more freedom was given, they could have accomplished more.

This is one of the reasons why Swizz Beatz and others want to launch a Hip Hop Founders Fund. They want to take care of Melle Mel, Sugarhill Gang, and the OGs. The elder generation never saw the easy money that today’s rappers can earn with a sponsored Instagram post. The desire to put on for the old heads has strengthened the community that looks out for one another.

There are plenty of advantages to partnering with bigger companies. Beyoncé has been rewarded for her longstanding partnership with Columbia. It took longer than she might have wanted, but she set the model for the next generation to follow.

Let’s just hope that the next generation doesn’t need to be as big of a star as Beyoncé to make it happen.