How Andre Harrell Turned His Company into a Lifestyle

The late music executive made Uptown Records a brand that extended beyond its music. 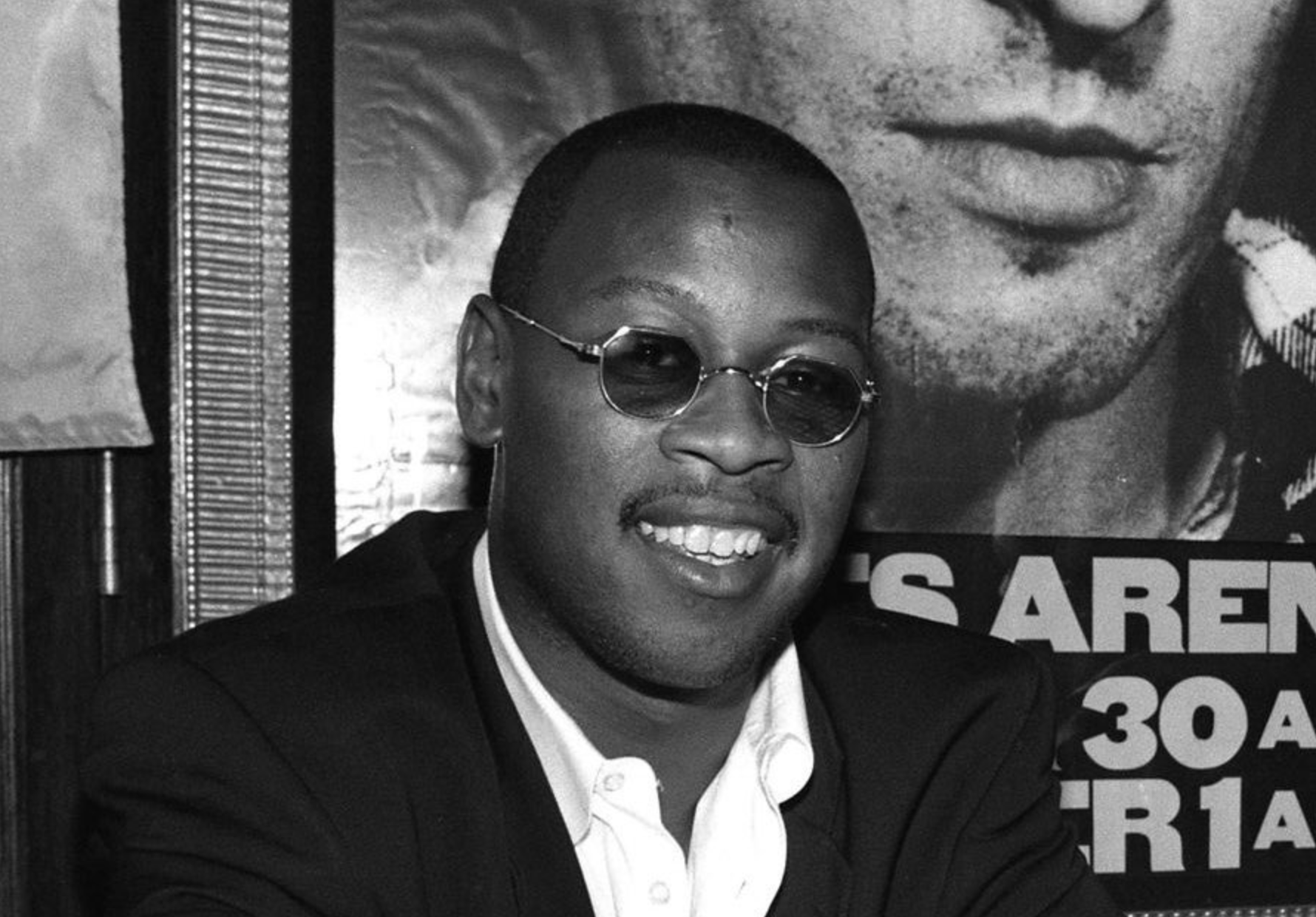 Andre Harrell at a part in 1995 (Catherine McGann/Getty Images)

The music industry lost one of its most influential figures. Andre Harrell was an architect. The Uptown Records founder had a bold vision and brought it to life. It’s a dream that most executives have, but few have attained.

Uptown was more than a label. It was a way of life. ‘Ghetto fabulous’ was its image, New York was its home, and entertainment was its game. Mary J. Blige, Heavy D, Guy, Jodeci, Sean Combs, and others sold that lifestyle to millions of fans. Harrell’s accomplishments and challenges broke barriers. He built an aspirational brand for both his customers and the execs who followed his moves.

In a 1992 Los Angeles Times interview, MCA chairman Al Teller spoke on why he enjoyed working with the late music executive:

“Ultimately, this business is about instinctive creative judgment, and Andre’s instincts about artists and music and what audiences want are absolutely superb. His track record of success has positioned Uptown to become the black entertainment company of the 1990s.”

Those insights were Andre’s advantage. He pursued segments within the black entertainment experience that others didn’t.

Uptown had an edge. It was hip-hop without the gangsta rap persona. It was soul, but not like past decades. The label had its own lane and a modern flavor. Its style mattered as much as its songs. As a rising exec, one of Puff Daddy’s main tasks was to dress Jodeci how he dressed himself. The image resonated with a market that Harrell understood well. It was based on his own experience.

In a 1993 Vanity Fair interview, Harrell explained that experience and how it differs from his former manager and founder of Def Jam, Russell Simmons:

“Our tastes are completely different. Russell’s a suburban kid who likes extremes on the inner-city tip. I’m an inner-city kid who knows the reality of being poor. I’m looking for escapism. Fun music. Good-time music. So, Uptown.”

We’re attracted to what we don’t have. That’s the escapism. Uptown was an outlet for black Gen Xers who wanted the same. Music was the primary channel for Uptown to deliver that experience, but the expansion was inevitable. 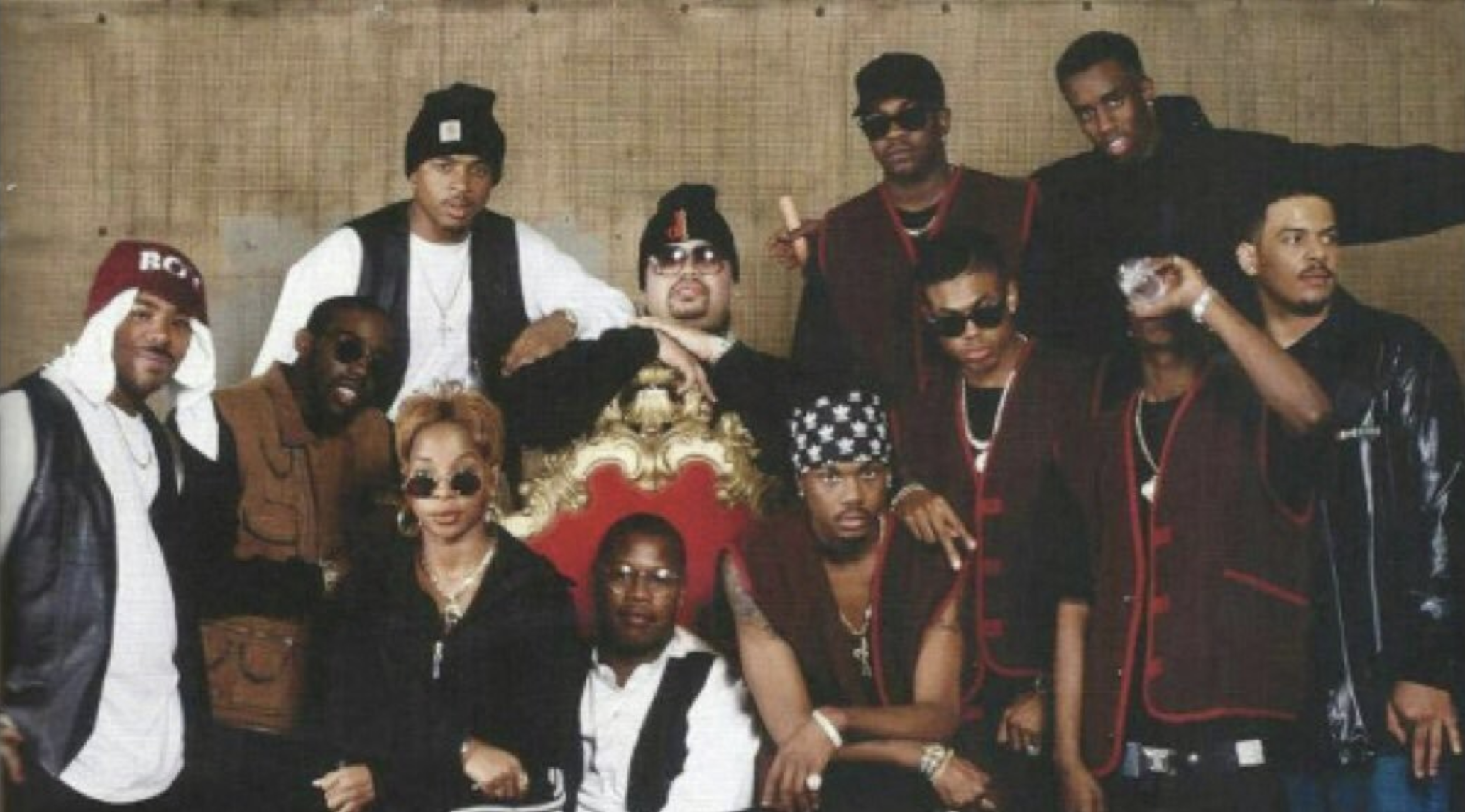 An early picture of The Uptown Crew

Paving the way through success and failure

In the early 90s, MCA and Uptown signed a $50 million multimedia deal to extend that lifestyle. Harrell was ready to make magic happen in film, TV, and more. Unfortunately, it didn’t work out as planned.

Andre felt that MCA restricted his power. MCA felt that Uptown was reckless with its production budget. While Andre focused on movies and TV shows, his artists grew frustrated and wanted out. To make matters worse, tension grew between him and his protégé Puff Daddy, who he fired in 1993. No one was happy.

The common narrative is that Uptown declined because Puff and Biggie left, but that’s not the main reason. First, if MCA wouldn’t let Andre create, there’s no chance in hell they would have given the 23-year-old Puff Daddy much freedom. Second, Puff was still on Uptown’s payroll when he left. Third, and most importantly, Uptown suffered because the MCA deal was a management and cultural clash. The stodgy major label wasn’t built to empower someone like Andre.

In 1995, Harrell got the opportunity of a lifetime to head up Motown Records. He always admired what Berry Gordy built. He now had the chance to sit in that same chair.

His tenure got off to a rocky start. To announce his arrival, he launched a nationwide introduction ad campaign that was heavily criticized. The issues continued to mount. Motown’s flagship act, Boyz II Men, reportedly wanted nothing to do with the “thuggish image” that Jodeci had. The label was still living off its back catalog, yet wanted Harrell to sign superstars as soon as possible. Universal Music Group CEO Lucian Grainge called it a culture clash. It was more than that—it was déjà vu. After 22 months, he resigned.

What happened between Harrell and Motown was the result of a marriage that probably never should have occurred: Entrepreneur meets rich corporation. Falls in love. Gets married. Feels stifled. Hates all the questions. Regrets loss of freedom. Soon, bingo: divorce…

“I was a big fish in a small pond, and I had the flamboyancy to match.” [said Harrell] “When you become a big fish in the biggest pond, you need to take a different profile, and I didn’t realize that until the backlash began. “

It’s a shame. Andre had told Russell Simmons that Motown could become the black version of Disney. Meanwhile, Disney had its own entrepreneurial exec who clashed with the mighty corporate machine. In 1995, CAA founder Michael Ovitz left his company to join Disney and work alongside then-CEO Michael Eisner. Ovitz never felt he was given autonomy. Eisner wanted Ovitz to fall in line, but the agency head wasn’t having it. After 18 months, Ovitz was fired.

Harrell and Ovitz faced similar struggles. It’s easy to say that Ovitz should have never joined Disney, but Harrell’s deals had more layers. The MCA and Motown opportunities were bigger than Andre. They signaled a changing of the guard for black moguls. He helped normalize the playing field for those who came after, despite the challenges. His influence carried weight.

Been thinking about Andre Harrell’s interview from #TheBlackGodfather a lot the past few days….even in discourse, Clarence and Andre always made sure they showed up for each other. ❤️ Rest in peace to a real one. pic.twitter.com/TYLj9nJ4CP

A short clip of Andre Harrell in The Black Godfather documentary

The legacy lives on with today’s labels

After Motown, Harrell focused on the opportunities where he had more control. He started Harrell Records as an imprint under Atlantic Records and later launched the Nu America ad agency. Both initiatives embodied the same aspirational lifestyle.

Over time, more labels in hip-hop and R&B had their own lifestyles. Death Row, Bad Boy, Roc-a-Fella, Shady/Aftermath, and So So Def all had brands. The same is true today with Quality Control Music, Dreamville, and TDE.

Dreamville President Ibrahim Hamad recently spoke about this on the Trapital Podcast. One of his goals is to separate Dreamville’s brand from its flagship artist, J. Cole. It reminds me of this quote from Andre in his 1995 VIBE interview:

“That’s why young black executives don’t get to become the old chairmen—the wise men who’ve seen it and done it. They get to stay hot black executives so long as their instincts are hot. But this is a lifestyle business—only a few of us are going to be cool enough to have great instincts our whole careers.”

That instinct is knowing which artists are gonna pop. Every exec wants a label that can outlast its biggest star. Dreamville wants to stay strong when Cole’s run ends. Top Dawg at TDE likely wants the same once Kendrick Lamar’s run is over. A strong brand is the best defense. It will grow with customers and have a longer shelf life. That’s the tip that drove Andre Harrell’s career.

Three years ago, Andre finally became the old chairman—the wise man who had seen it and done it. He joined Diddy and became Vice Chairman of Revolt TV & Media.

2020 marked his fifth decade in the industry. He had at least one hit record in each of the past four. His time was cut short. With a bit more time, he surely would have gotten that fifth one. That lifestyle that he made a reality in the 80s and 90s is still relevant today.