Why Hip-Hop and Gaming are Still Scratching the Surface

Travis Scott’s Fortnite event showed what’s possible, but there are more opportunities out there. 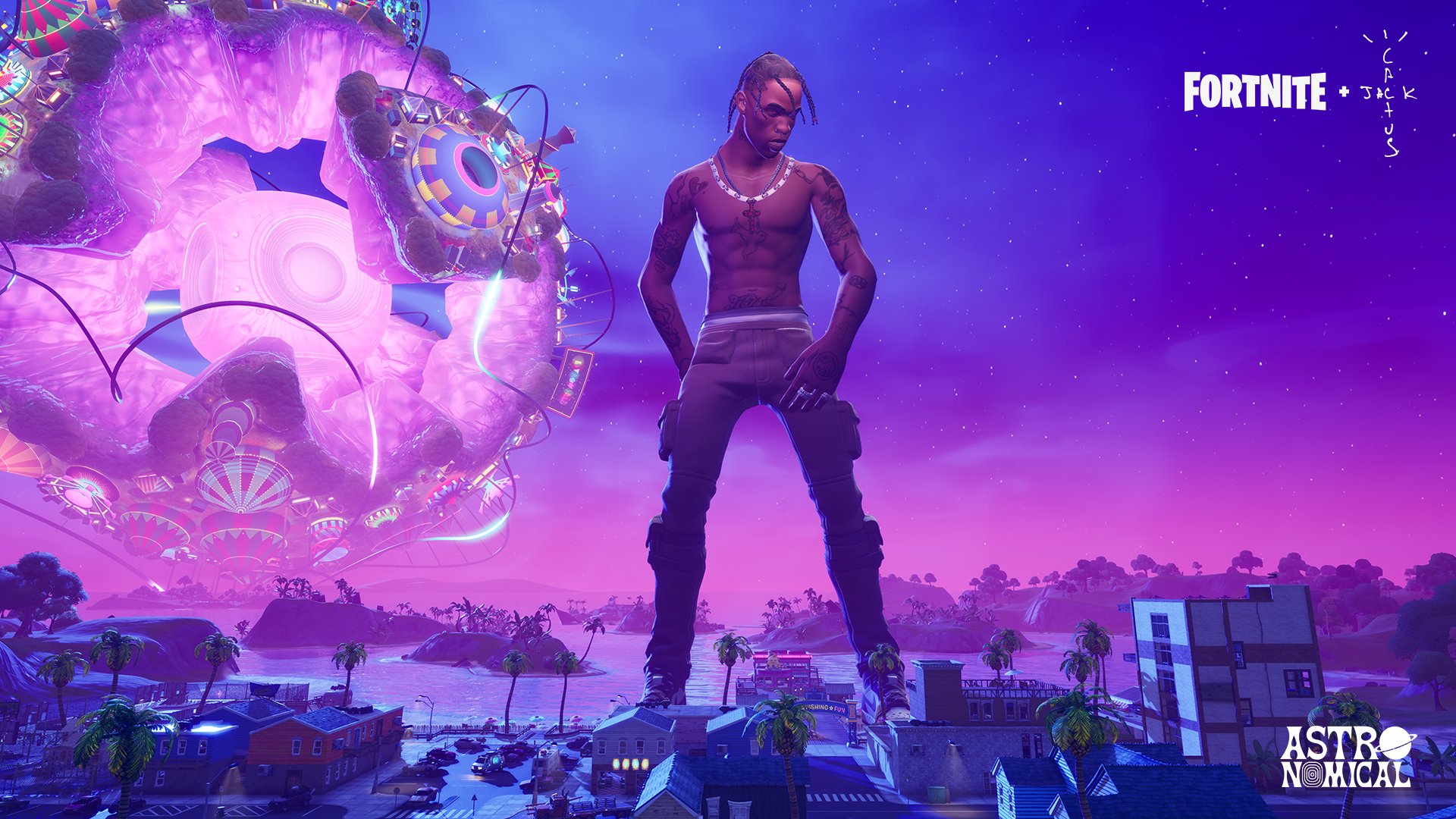 Travis Scott in Fortnite (via @Fortnite)

Last week, Travis Scott brought 28 million of his closest friends together for a pivotal event. His Astronomical Fortnite performance hit all the big trends: A hip-hop superstar. The rise of gaming. The Metaverse. In-your-face product placement. And a quarantine-safe experience.

These opportunities are top of mind, especially in this pandemic. Artists might not tour again until late 2021. They need other options, and Instagram Live streams won’t cut it (especially if the app can’t handle Babyface and Teddy Riley).

Travis Scott and Fortnite showed what’s possible, but it’s for a defined audience. Luckily, the crossover potential for gaming and hip-hop is endless. But it needs more effort to realize the full opportunity.

Travis and Fortnite were a perfect match

Travis Scott succeeded in Fortnite for two reasons. The audience is aligned and his popularity is sky-high.

It’s been two years since Drake, Travis Scott, and Tyler “Ninja” Blevins made headlines with their Fortnite Battle Royale. Fortnite was at its peak popularity. Drake was already rap’s biggest act. Travis was popular, but this was pre- “Sicko Mode.” He was still on the come up. The Houston rapper had more to gain from teaming up with Epic Games, the creators of Fortnite.

The demographic seems identical. Fortnite players are 72% male and 63% are ages 18 – 24. I don’t have stats on the Ragers (Travis Scott fans), but those stats line up quite well with the people in the photos from Astroworld Festival: 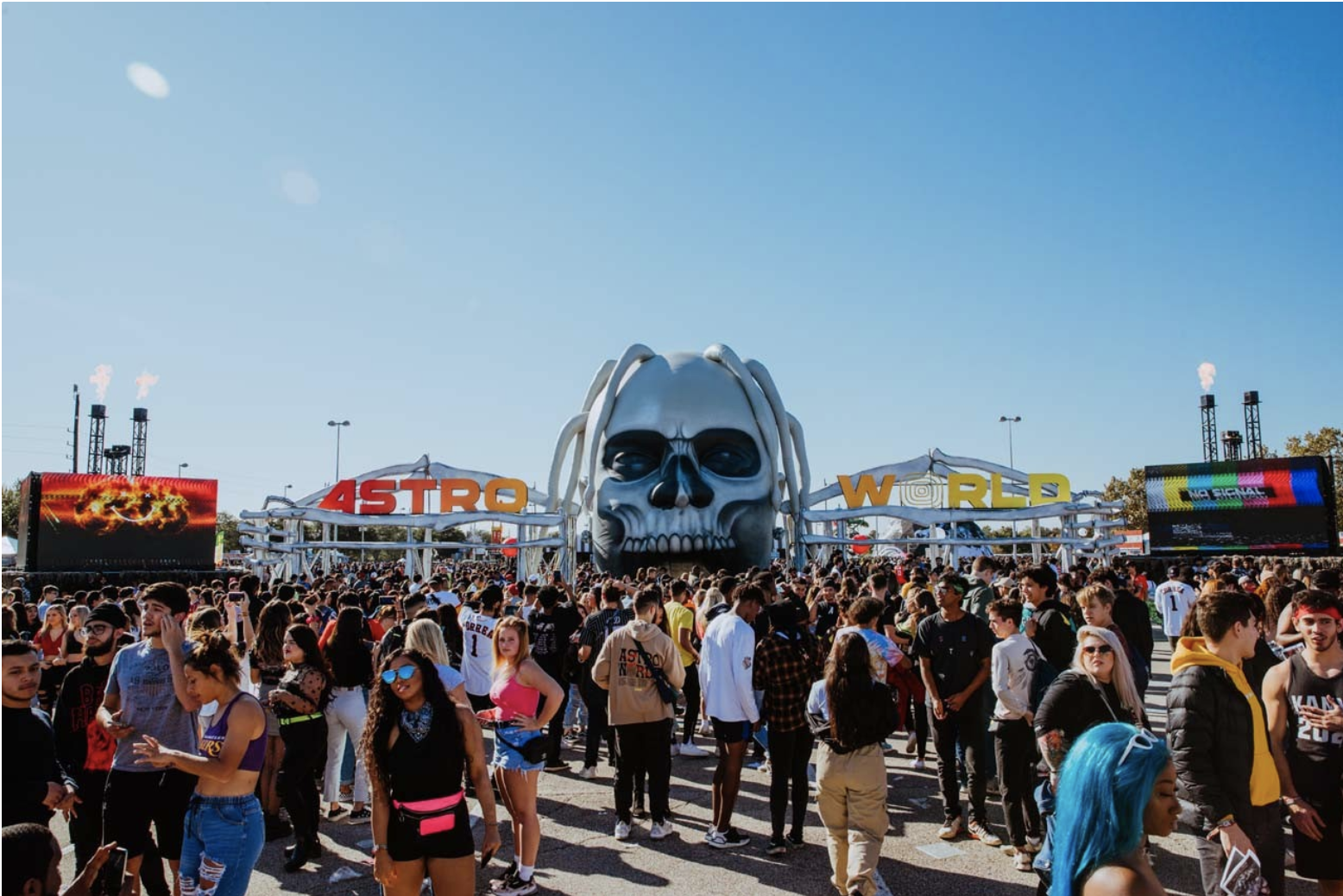 The fan experiences for Travis Scott and Fortnite are quite similar. Both thrive on sensory overload. Most Travis Scott songs have a lot going on. There are multiple beat changes. Sometimes it sounds like the ad-libs have ad-libs. It feels like a journey to a parallel universe where TravisBott exists. As I wrote in February, he’s hip-hop’s growth hacker. Everything he does is next-level. Similarly, Fortnite is a lot for a first-timer. Astronomical brought it all together.

Travis Scott’s popularity made the alignment even stronger. He’s now one of the biggest rappers in the world. Hip-hop heads can debate if he’s disrupted the Big 3 of Drake, Kendrick Lamar, and J. Cole. They each have a case to make. But if all four artists dropped albums on the same week (and used the same sales tactics), I doubt that Travis Scott finishes fourth.

As Drake proved with “Toosie Slide,” traction comes easier for those on top. It boosts projects that wouldn’t work for the average artist (like a contrived TikTok dance). But in Travis Scott’s case, it further elevates projects that would still have succeeded.

Last year I was skeptical about the wave of hip-hop investments in esports. I am less skeptical today, but esports is just a subset of massive gaming industry.

Gaming is a $152 billion industry that’s expected to reach $196 million by 2022. There are 2.5 billion gamers across the world and 46% are women. The news headlines make it easy to group Fortnite and esports with these numbers, but that’s a mistake. Candy Crush players are different from those who play League of Legends, who are also different from those who play NBA 2K20.

But Fortnite and esports get most of the attention. Both cater to the younger male segment of gaming. If Travis Scott’s Astronomical, FaZe Clan, and 100 Thieves are the default for hip-hop and gaming, we’ll miss out on big opportunities.

New Zoo conducted a recent study on the personas of men and women game enthusiasts. The most popular persona for men was the Cloud Gamer. They enjoy “high-quality game experiences, but only spend hardware when necessary.” That’s essentially Fortnite. Meanwhile, the most popular persona for women is Time Fillers. They “play games, typically on mobile, to pass the time.” That sounds like Candy Crush.

These stats are believable, but following them precisely is problematic. Are women more likely to be Time Fillers because they prefer games that pass the time? Or is it because cloud-based gaming content caters more to men? A recent study shows that 62% of women esports fans don’t believe that esports brands market to them. This needs to be taken into account.

The same challenge exists in Hollywood. In the book Hit Makers, Derek Thompson wrote about the challenge in following audience data:

“…Hollywood storytellers are caught in a trap of their own design. Audiences expect and prefer vulnerable female characters, having been instructed by the history of film that likable women out to be feminine. The only way to break the cycle is to break expectations. Forward-thinking writers should just write kickass female leads and stop asking audiences for their permission.”

Similarly, gaming can look beyond gendered psychographics. There are dozens of hip-hop artists who can bring their worlds to life if the opportunities extend beyond Astronomical.

Expanding the pie for everyone

Some of the most well-known hip-hop artists have introduced listeners to characters, alter egos, and newly-imagined settings. Most Lauryn Hill fans have a vivid image of the classroom in The Miseducation of Lauryn Hill. They know what the students look like and can picture themselves in the classroom. Other artists like Missy Elliott created the imagery for us with outrageous music videos. A Hype Williams-inspired Metaverse would be peak Hype Williams.

Second, it’s a great opportunity for brand exposure. In Fortnite, Travis Scott wore his signature Nike Air Jordan 1s. The placement was hard to ignore. But that’s a mere scratch on the surface of what’s possible. 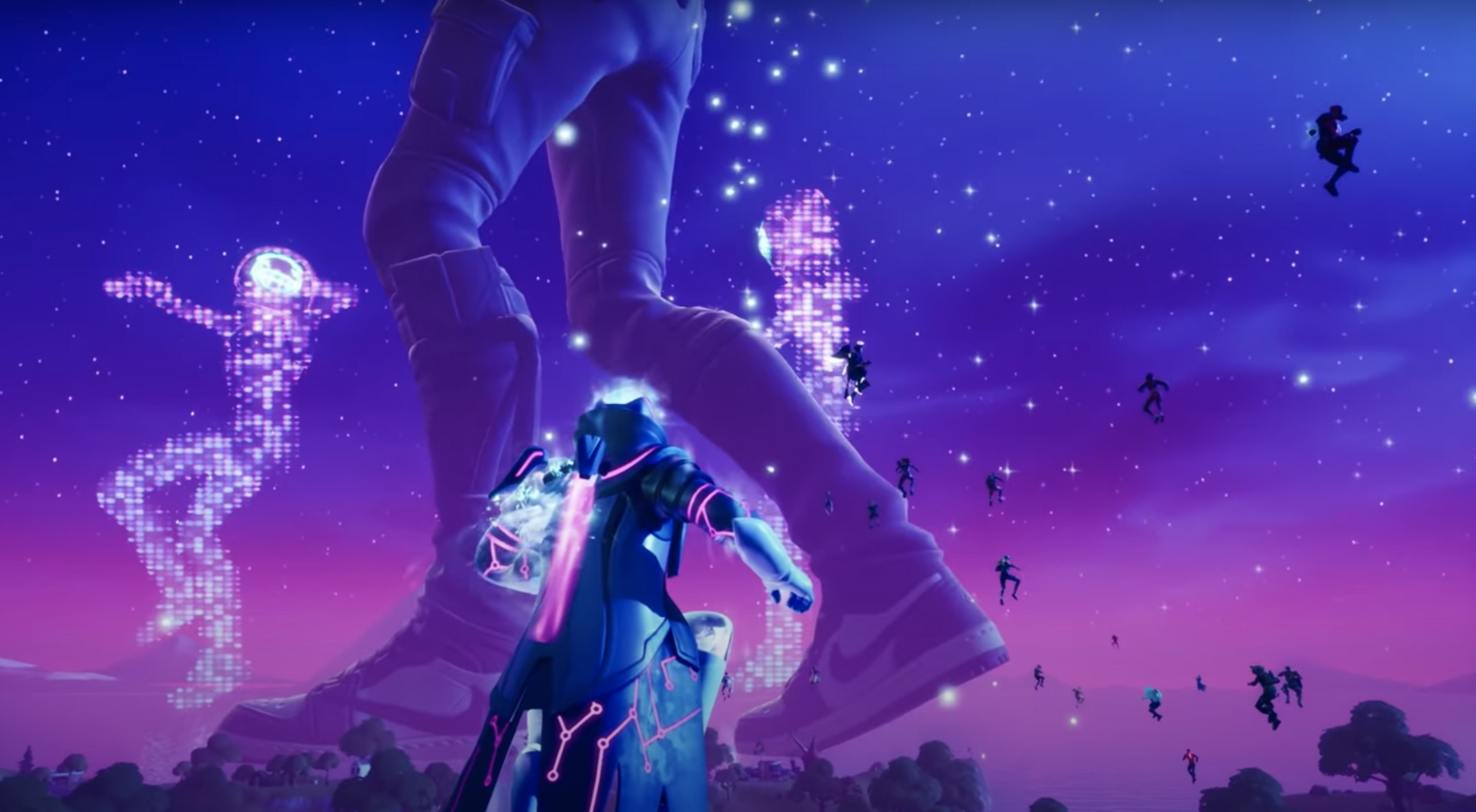 It’s likely that soon we’ll see D2C consumer product companies begin building their own bespoke experiences inside digital theme park platforms; the age of growth-hacking via referral codes, native podcast ads, SEO, and social is over. Imagine, for example, a Blade Runner-esque immersive world created by Harry’s. Similarly, we’re not far from albums premiering via “in-game” concerts attended by millions and which are set-up entirely by a label, rather than Roblox Corporation or Epic Games.

This should be top of mind for all companies that partner or have endorsement deals with hip-hop artists. Also, an artist’s brand is likely stronger than the company’s brand. Product placement with a top artist may be more impactful than a standalone sponsorship.

Cloud gaming experiences deserve more attention but that doesn’t mean that passive gaming experiences should be ignored. Candy Crush has nearly four times the monthly active users as Fortnite. Yes, there are institutionalized and gendered norms that influence this, but the massive audience is an opportunity.

Issa Rae’s Insecure: The Come Up is a mobile game that falls somewhere between the cloud gamer and time filler groups. There should be more products like this. But it shouldn’t be the only option for those who don’t fit as neatly in the cloud gaming box as Travis Scott.

Gaming won’t supplement all the lost income from touring. No standalone option will. Artists need a suite of acceptable options, and gaming has an opportunity to make it happen. But if these immersive experiences are only fit for the Travis Scotts and Lil’ Uzi Verts, then there’s more work to do.