Hey! Today’s update covers The Chronic making it to all streaming platforms, a plan to monetize Instagram Livestreams, and why Architectural Digest may bring back its version of MTV Cribs.

The Chronic Might Be Leaving Money on the Table

Last month, Dr. Dre’s The Chronic was inducted in the Library of Congress. It was included in a group of 25 “aural treasures worthy of preservation because of their cultural, historical and aesthetic importance.” When that news reported, my first thought was, “So Congress can get The Chronic but Spotify can’t??”

This album has one of the more dramatic backstories in the history of hip-hop, which makes its arrival on 4/20—the marijuana holiday— more important.

Dr. Dre’s 1992 classic The Chronic is finally coming to all digital service providers. The album will be available to stream starting April 20 (via Entertainment One). In a press release, Chris Taylor, eOne’s Global President, Music & Live, said, “These historic artifacts should be heard by all music lovers, and we are so happy Dr. Dre has opened this door so everyone can experience the brilliance of this seminal work.”

The Chronic has been famously unavailable digitally, and Dr. Dre’s decision to keep the record offline was upheld in a 2011 lawsuit that Dre won against Death Row Records. The legal victory gave Dre 100 percent of the proceeds of any possible online sales of his music, as well as the right to decide the formats for The Chronic’s distribution.

Artists have taken a wide range of approaches when releasing (or re-releasing) their legacy album and mixtapes to streaming services. Some have merely pushed it like a press release and let the fans control the narrative. Others have taken my advice and treated it like an anniversary and made it into an event.

But Dr. Dre has never been one for fanfare. Remember, he never wanted to rap on The Chronic or 2001, he had to be convinced. Ever since the Apple-Beats by Dre deal and Straight Outta Compton, he’s been relatively quiet. He cares about his legacy, but not for vanity reasons. He would never do a sit-down interview with Zane Lowe to tell folks that The Chronic is the best rap album ever. That’s not his style.

April 20 will come and go, especially since weed smokers can’t congregate in public during this crisis. But there are plenty of ways that this could be maximized—even during this quarantine:

The opportunities are endless. None of these would ever happen, but there are plenty of future albums that will hopefully be brought to streaming platforms. De La Soul’s 3 Feet High and Rising is also in the Library of Congress but nowhere to be found on streaming. Aaliyah’s catalog isn’t on streaming. Hopefully it happens soon, but for the sake of those artists (and their estates), hopefully it’s done the right way.

Instagram Live has seen @torylanez pull in 200k concurrent viewers and @jamesblake pull 30k, but it offers no tools for monetisation.

In a post-pandemic world without touring, many of our favourite artists need to find new revenue sources.

Some ideas on how IG Live could help👇 pic.twitter.com/NBFxZrz50Y

Instagram’s VP of Product Vishal Shah said “I appreciate the level of thought put into this thread. We are investing a lot into Instagram Live and have been thinking about many of the areas you’ve highlighted. Stay tuned for more details in the weeks to come!” and Head of Instagram Adam Mosseri said “We have some plans in the works to support creators and artists using Live. Stay tuned.”

See, sometimes Twitter isn’t that bad! Neer’s ideas are heading in the right direction, but they have their unique challenges.

Live’s strength is its massive audience of 500 million daily active users. Tory Lanez—who is having a moment but nowhere near a superstar—can command an audience of over 200,000. Sure, some of that audience is there for his “Tip Drill”-inspired X-rated content (that honestly belongs on OnlyFans). But 200K is 200K. The Canadian hip-hop artist can’t command that audience on Twitch.

Amazon’s livestreaming platform is much better built for this moment though, especially with its SoundCloud integration. The challenge, still, is its niche positioning. Twitch has 15 million DAUs and its gaming-focused brand are still an uphill battle for creators to climb. Twitch may have a superior product, but it’s more important to have the “good enough” product and strong distribution. Live is better positioned than anyone to get there.

Neer’s suggestions on merch integration and virtual gifts are the most likely to be executed. Ecommerce integration is already native on Instagram. I bet many of you have bought items directly from Instagram ads. The functionality can easily be added to the Live experience. YouTube has done something similar with its artists. Virtual gifts are also native to Facebook. It’s a smart idea to show appreciation and can easily be set up through existing tools and services.

I’m skeptical of the meet & greets and VIP access though. Meet & greets take artists away from the livestream session. There might be an opportunity for pre-show or after-show engagement, but it’s still less than ideal. The VIP access makes sense in theory, but pinned or “stronger” comments will essentially become advertisements or self-promotion. It may be intended for fans, but the real consumers will take advantage of the opportunity to “own” a block of text in a livestream that will hit hundreds of thousands of hip-hop fans. It would ruin the fun.

I’ll be keeping track of how this develops. I also recommend reading Cherie Hu’s post on The legal underbelly of livestreaming concerts.

This past week, Architectural Digest put out a feature on Drake’s mansion in Toronto. There’s nothing subtle about Drake, including his home. Here are a few shots: 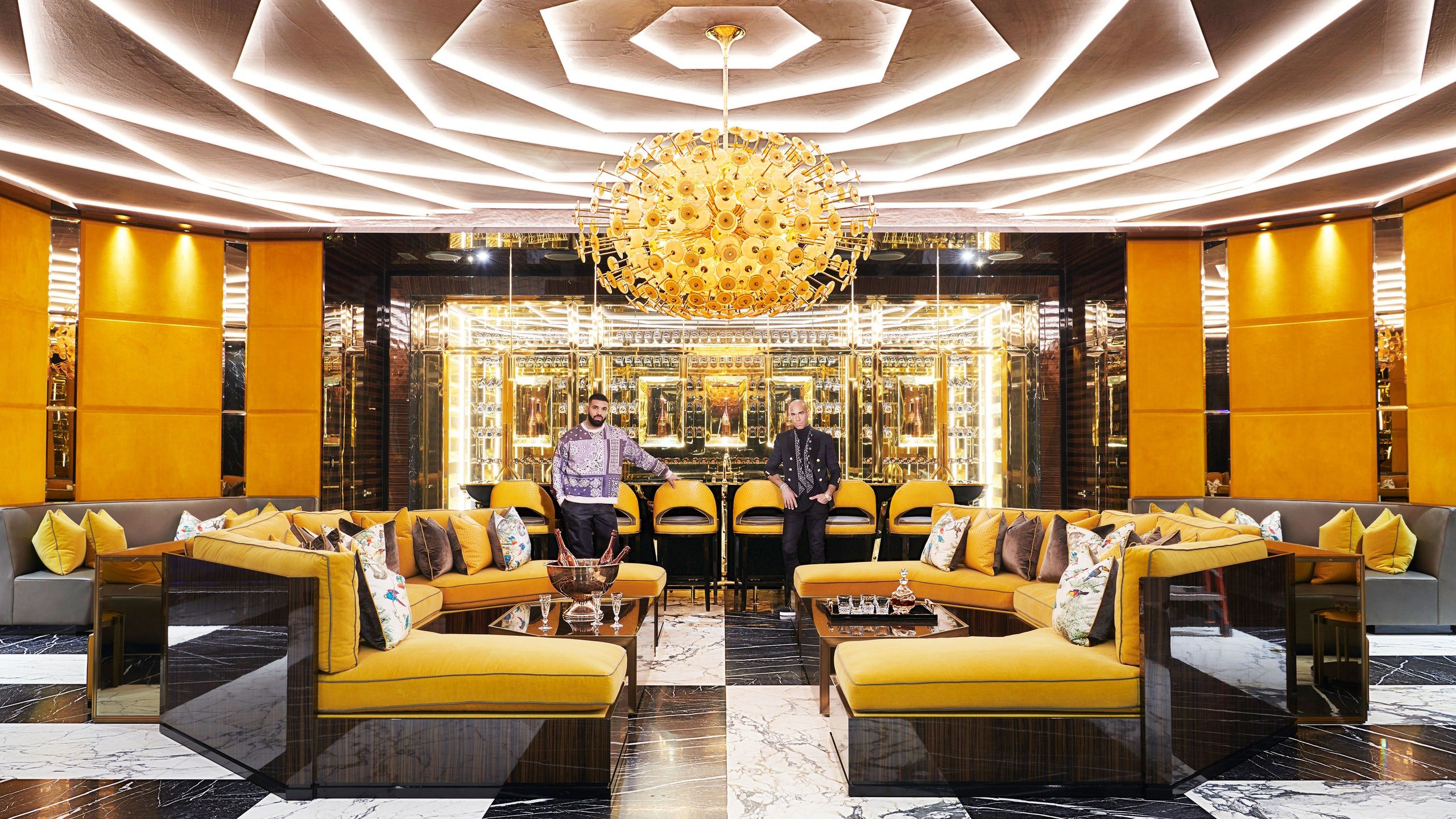 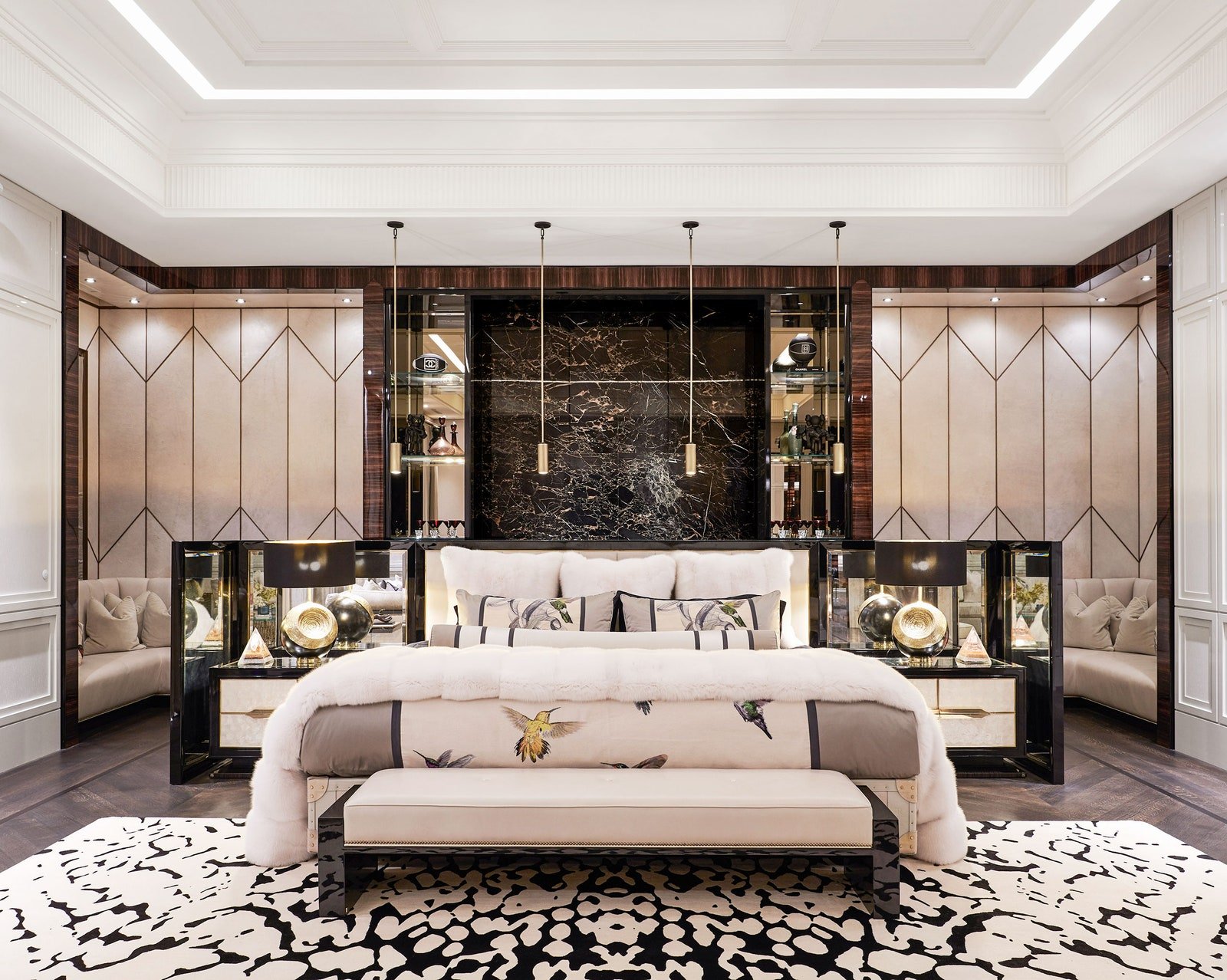 It created tons of follow-on content from other media sites. It felt like a throwback to MTV Cribs, where rappers showed off their homes like it was a rite of passage.

Architectural Digest started its Drake feature with a not-so-subtle jab at the seminal show:

Remember the chintzy, pimped-out McMansions that were a staple of the long-running MTV series Cribs? The Toronto home of mega recording artist Aubrey Drake Graham is something else altogether. Measuring 50,000 square feet, with amenities such as an NBA regulation-size indoor basketball court crowned by a 21-square-foot pyramidal skylight, Drake’s astonishing domicile certainly qualifies as extravagant. But instead of vast expanses of cheap drywall and mountains of ungainly furniture upholstered with a hot glue gun, stately Drake Manor, as envisioned by Canadian architectural and interior designer Ferris Rafauli, is a marvel of old-world craftsmanship, constructed of limestone, bronze, exotic woods, and other noble materials. Every detail of the sprawling property has been meticulously conceived and executed. And there isn’t a Scarface poster in sight.

Damn. Why did they have to come at Jermaine Dupri’s neck like that?!

That heavy shade is noteworthy. It highlights the transition in hip-hop’s perception. In the early 2000s, Architectural Digest probably scoffed at Cribs. It likely assumed that the “new money” of a rapper’s home was beneath them. But now that hip-hop has gotten stronger mainstream approval, it’s now in the 100-year-old’s publication to make its move. The underlying notions behind that shift may be frustrating, but Architectural Digest is hardly alone on this front.

The interior decor magazine will likely double-down on hip-hop. Its second-most-watched episode of ‘Open Door’ is a six-minute clip of Wiz Khalifa’s house. It has 43 million views. Take a look:

It’s not THAT much different than an episode of Cribs. But given the success of this video, the Drake feature, and this Q&A at Kanye West and Kim Kardashian’s home, expect more rappers to be featured on Architectural Design.

The publication is also competing against other celebrity lifestyle shows on the internet. Vogue’s 73 Questions has only featured a few rappers (Cardi B and Diddy) but the right artist could help set that off.

Architectural Digest’s move can be loosely labeled as “nostalgia,” but it’s broader than that. The late 90s and early 2000s era of hip-hop was full of ideas that were ahead of their time. Roc-a-Fella’s leveraged its brand into several relatable industries. Mike Jones gave out his phone number well before SuperPhone or Community. Jay Z had The Black Phone long before Sprint bought part of Tidal. The thought was there but the technology and culture weren’t ready to scale them.

It’s very similar to the dot-com bubble. We laughed at companies like Pets.com with their ridiculous business models (or lack thereof). But many of those failed concepts have thrived in this era now that the technology and culture are there.

And now, a millennial favorite MTV show is about to get a second life with a longstanding interior design publication. What else would you expect?