RIP to Biggie Smalls on the 23rd anniversary of his death. Today’s update covers Cardi B, the FTC, and sponsored content disclosure. I also included a rundown of articles and videos on India’s JioSaavn, The Weeknd’s incubator, Coachella’s fate with COVID-19, Joe Budden’s take on Meg Thee Stallion’s contract, and more.

Long before he was a motherfuckin’ starboy, The Weeknd and his XO camp had to claw and scrape to keep their dreams alive. That was one of many nuggets revealed last Friday during In-HXOUSE Conversations, the latest in a panel series by HXOUSE, XO Records’ creative incubator. “We had just moved out of our homes. We said, ‘Fuck it, we’re going to take a risk. We’re not going to ask anyone for any money and we’d be on welfare checks,'” said La Mar Taylor, The Weeknd’s high school friend-turned-creative director.

The Nashville native talks strategy in the world’s second most populous nation, where only 1% of consumers pay for subscriptions.

Coachella’s fate appears to be hanging in the balance as the county it sits in just confirmed its first case of coronavirus.

Riverside County public health officer Dr. Cameron Kaiser made the announcement Sunday, saying RC is under a public health emergency because of a patient who’s considered a “presumptive positive for coronavirus” after being tested by the Public Health Office.

As the disease continues to stoke widespread fears, cancellations of major summer events may result in huge payouts from insurance companies. As the world braces for the impact of a possible coronavirus epidemic, event cancellation insurance policy providers are preparing for a flood of claims from promoters during the busy summer season. 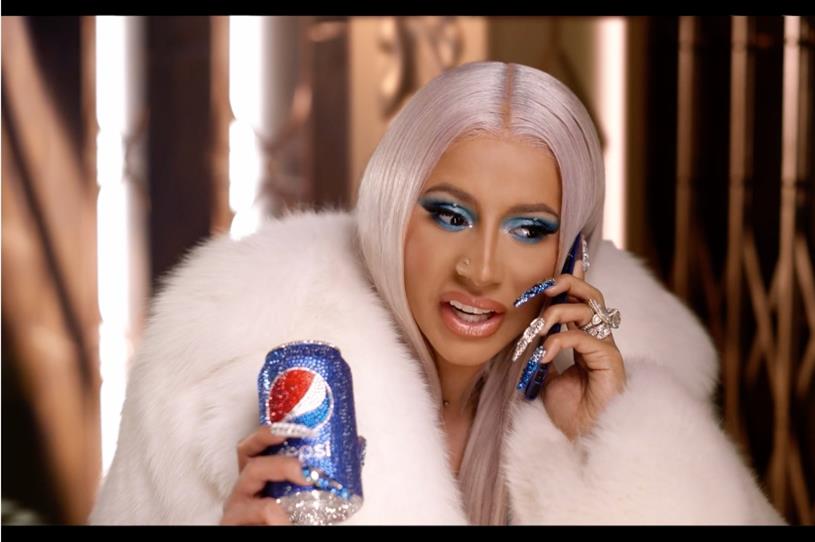 Sponsored content in hip-hop is nothing new. Every artist that follows the partnership business model participates to some extent. It’s as subtle as Jay Z wearing Pumas at this past weekend’s Lakers game (since he knows that dozens of social media accounts will post to their millions of followers). Or as blatant as Rick Ross holding a WingStop cup in Pusha T’s wedding photos.

These posts have been a grey area for the FTC, which has struggled to regulate influencers on Instagram. Today though, the FTC came down on Cardi B.

Today, the Federal Trade Commission made a rare move to start legal action against a detox tea company for making unsubstantiated health claims and paying influencers like rapper Cardi B and singer Jordin Sparks to post Instagram ads without disclosing that they were paid.

According to the FTC complaint, the Teami website claimed its teas could fight cancer, unclog arteries, stop migraines, and treat colds. It also claimed its diet products could burn fat, boost metabolic rate, and cause substantial weight loss.

Teami sells teas under names like Teami Colon and Teami Skinny, as well as skincare products like Teami Detox Mask.

Representatives for Cardi B and Sparks, who were paid an undisclosed amount of money for the ads, did not reply to request for comment by publication time. 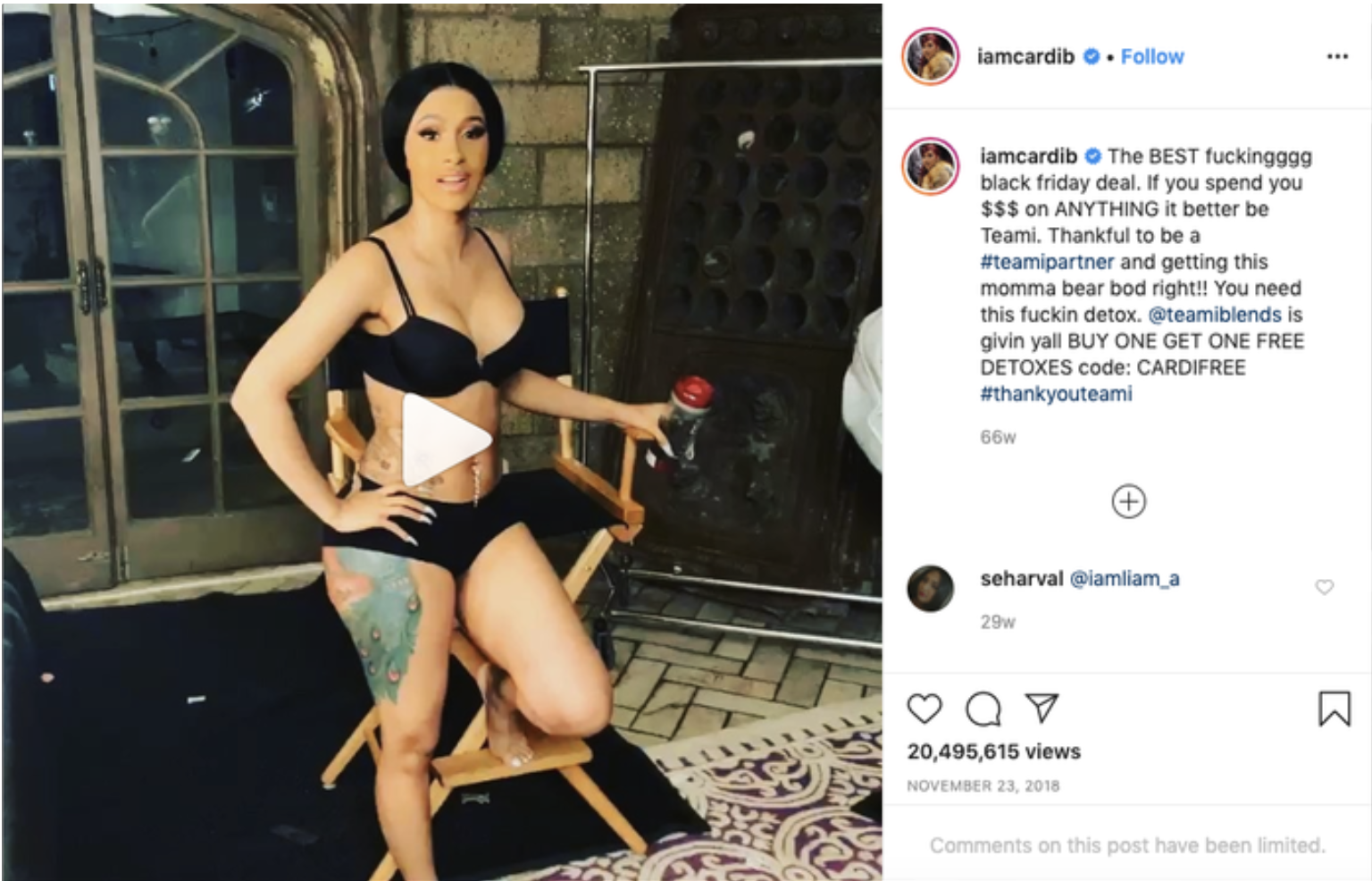 The problem here is twofold. First, Cardi B didn’t include #ad or #sponsored, which would have addressed the disclosure issue. This was a bit nit-picky since 93% of top Instagram influencer ads aren’t properly disclosed, but it is what it is. Second, and most importantly, this was an issue because of the product’s false (and absurd) claims that it could fight cancer. The real issue was the fake news. The non-disclosure of sponsored content was collateral.

The FTC’s treatment of Instagram ads is grey. Here’s a definition from a similar Buzzfeed News article:

Based on this, any post of Drake wearing white Nike Air Force 1s should be listed as an #ad or #sponsored!

Technically, this definition could also apply to the artist’s music and how it’s referenced in social media. Drake rapped checks over stripes in “Sicko Mode.” The not-so-subtle jab at Kanye West is sponsored content for Drake’s long-term relationship. Drake’s Best of Both Worlds two-pack was a shoutout to the Toronto Raptors—a company he’s an ambassador of, which has his OVO name on the practice facility.

One of Drake’s biggest value-adds is his partnerships with brands in sync with his persona. It’s harder for the FTC to raise a red flag when it’s on-brand. Even if Drake never had partnerships with the Raptors or Nike, he’s branded himself as someone who would rep the Raptors and wear Nike regardless.

Conversely, flat tummy teas like the one Cardi B sponsored have been heavily criticized. The Bronx rapper’s equivalents for on-brand deals are Christian Louboutins (the red bottoms, bloody shoes) or Balenciagas (the ones that look like socks). We would expect her to rock those brands with or without deals in place. Sponsorships and partnerships should always be aligned with the artist’s persona.

The goal isn’t to fly under the FTC’s radar. The agency has an increasingly difficult job and has clearly prioritized its cases. But both industries and consumers should assume any name-drops or clothing worn in media outlets is sponsored in some way. The more prepared artists and their teams are for this, the easier it will be to disclose if (or when) the FTC is better positioned to crackdown.