Hey! I accomplished my one goal this weekend: estimate how much Tom Steyer paid Juvenile to perform “Back That Azz Up” at his campaign event on Friday.

I know I wasn’t the only one wondering! Based on past comps and additional buffer given the circumstances, I bet Juvy got $75,000-100,000.

“From that time to right now, I wanted to figure how can I become a billionaire and a multibillionaire off of business ’cause I did it with rap. I was a wack rapper. I knew I was wack. But I was real, see what I’m saying? My realness overcame my wackness.”

This clip started quite the debate, but that’s mostly because nuance doesn’t exist on Twitter. There are plenty of wack rappers that made memorable music. I still love “Round of Applause” and “Hard in the Paint,” but Waka is spot on. He reached his goal, what else could you ask for? I’m most impressed he got $30 million by that date.

Megan Thee Stallion says that 1501 isn’t letting her drop new music due to her requesting to renegotiate her contract. pic.twitter.com/4Uz5vXwmD0

It’s tough to opine fully without hearing more details, but here’s my take:

Meg, and those who advised her when she signed this deal at 19, should have read the fine print. Labels want their artists to blow up, and shouldn’t be punished for discovering talent—especially since a label will never “win” against an artist in the court of public opinion. That said, contract disputes are a net negative on the industry. There should be a fair way to rectify these situations while still maintaining integrity. Both things can be true.

Look at the NBA. One of the reasons today’s NBA product is better than it was 12-15 years ago is that players are on shorter deals. The league’s amnesty clause helped too. Today’s franchises are rarely crippled by 7-year contracts for aging players well past their prime. Players may jump teams more than the past generation feels comfortable, but pros come with cons and today’s pros more than outweigh the drawbacks. The same would be true in music, but there’s no governing body like the NBA front office.

Beginning today, music artists and indie labels have access to a new stream of funding. Stem distribution and payment platform – invested in by the likes of Mark Cuban and Scooter Braun (with clients Ariana Grande, Justin Bieber, Kanye West and Usher) – is providing more than $100 million in advances each year via Scale, its newly-launched financing product supported by a capital partnership with CoVenture.

NOTE – Stem CEO Milana Rabkin was on the Trapital podcast in December. We talked about the company’s strategy. Check it out here.

Black History Month Ain’t Over. As Black History Month comes to a close, Spotify is taking the annual moment to another level. On Friday night (Feb. 28), Spotify hosted a VIP preview of their immersive exhibit-style pop-up celebrating “Black History Is Now: Phenomenal Black Music.” The opening party was an exclusive first look at Spotify’s celebration of the songs and women that have shaped the way music is made, experienced, and replicated across the world.

Smart move for Spotify, but I’m borderline appalled that Tidal didn’t do a single event for Black History Month given its target audience. Pop-ups and activations aren’t necessarily their thing, but events definitely are. All we got were a few playlists and curated videos. Missed opportunity.

According to new MBW analysis of official fiscal numbers, the recorded music divisions of Universal Music Group, Sony Music Group and Warner Music Group jointly generated $22.9m, on average, every 24 hours in 2019. As you can no doubt work out for yourself, at approximately $953k, that’s just under $1 million every hour between the ‘Big Three’.

There are some good charts that Tim Ingham compiled for this. Take a look. 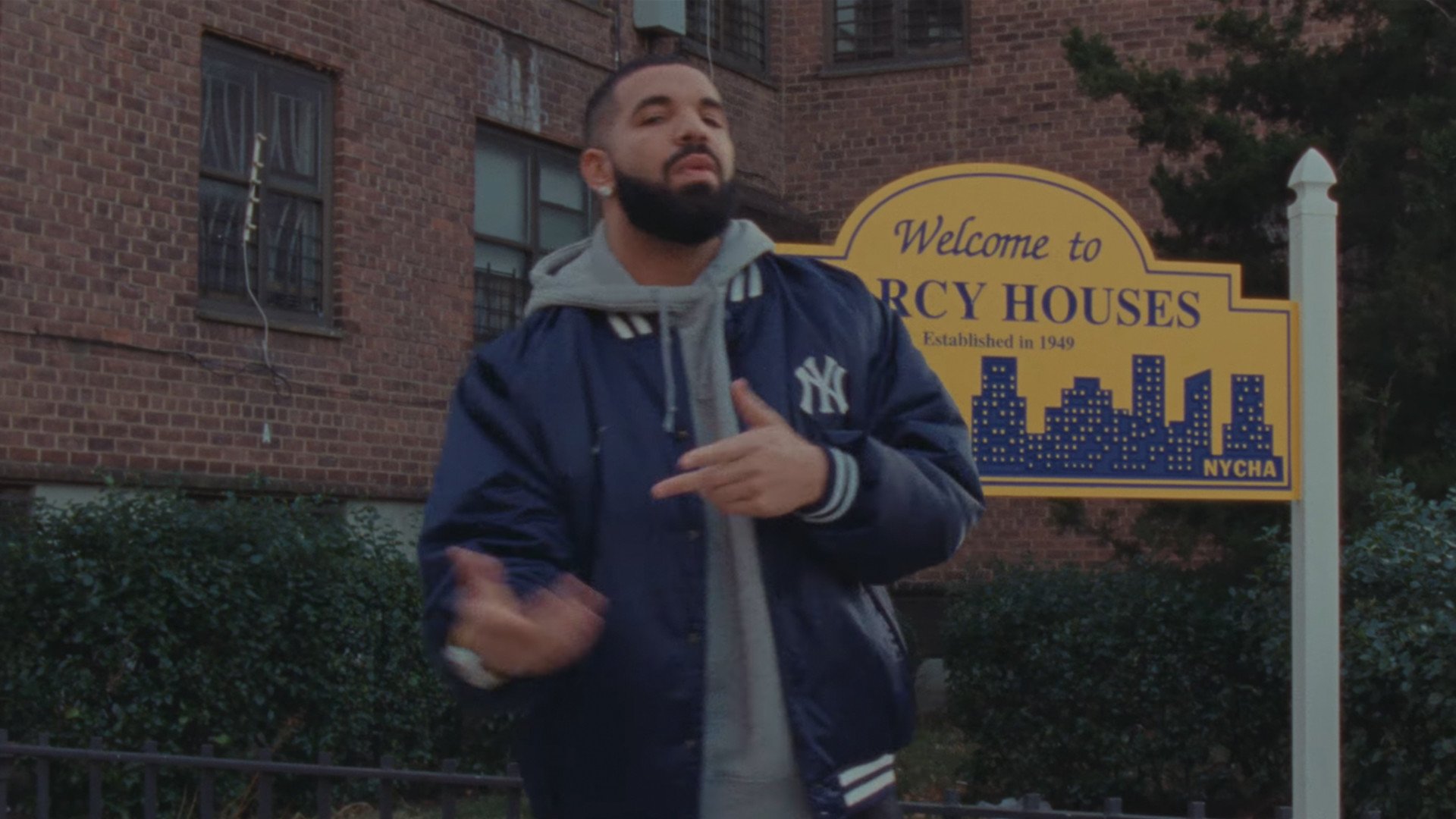 Saturday night, the 6 God dropped a new two-pack with new songs—”When to Say When” and “Chicago Freestyle.” He sampled and interpolated hip-hop legends Jay Z and Eminem. It explains why Drake was filming a music video in front of Jay Z’s Marcy Projects in Brooklyn.

These two-pack releases are part of the OVO machine. It’s his minimum viable product (MVP). With two songs he also flexes his multi-hyphenate status: rapping Drake, singing Drake, introspective Drake, New Orleans Bounce Drake, West Indian Drake… I could go on, but you get it!

This weekend, journalist Eric Skelton wrote about this in Complex:

“By releasing “When to Say When” and “Chicago Freestyle” at the same time, he’s able to show two sides at once: the confident rapper who can hit you over the head with a three-minute onslaught of bars, and the emotionally in-tune storyteller. During his Rap Radar interview, Drake explained that he’s one of the only rappers who has to satisfy two totally different audiences at once. “I have to do two things every album,” he said.”

The biggest hit from these two-packs will make the next album, which helps ensure commercial success. This most recent pack dropped exclusively on SoundCloud and YouTube which proves two things.

First, Drake can generate buzz and build demand outside the other DSPs. It reinforces who has the power. The 33-year-old is not at Spotify’s mercy (as many artists are). In 2018, I wrote about how *Scorpion* was over-indexed on the major DSPs. Drake understands the dynamic and wants to keep DSPs honest. If I’m Drake, I see Spotify podcasting strategy and think about how it impacts me. Currently, Spotify is beholden to the record labels. But as Spotify’s revenue mix shifts more towards podcasting, the DSP will gain more leverage against the labels. And Drake—the biggest rapper on the biggest record label in the world—wants to hold on.

Second, he builds more anticipation for the album. Remember, last year’s Care Package topped the Billboard charts, and those songs weren’t new songs! They were all widely accessible on YouTube or SoundCloud. He realized the power in restricting accessibility. When the next Drake album drops Spotify, Apple Music, Amazon Music, Tidal, and elsewhere, the song(s) selected from this two-pack will give it an additional boost.

In 2018, his Scary Hours two-pack brought us “God’s Plan,” which made its way to Scorpion and is his first single to go Diamond. In 2019, his Best in the World Pack brought us “Money in the Grave,” which got heavy radio play and will surely make the next album. He understands how the game works.

A few weeks ago, Cherie Hu wrote an article for Pigeons & Planes about Kanye West’s software-as-an-album approach with The Life of Pablo. The Chicago rapper took advantage of the streaming era’s capabilities and updated songs on the album after it dropped, most famously with the tracks “Wolves” and “Frank’s Track.” This paragraph stuck out:

The way West approached TLOP’s release was a mix of versioning and prototyping. One could call the Madison Square Garden premiere TLOP 1.0, the partial Tidal exclusive TLOP 2.0 and the final wide release TLOP 3.0, each version building and improving on the previous one (the notion of improvement in the case of art, of course, is subjective).

Similarly, Drake’s two-packs are beta tests that made their way to the album. Drake released “War” in December which has a lackluster response, but now he knows not to include it in the album.

To be clear, Drake’s not unique here. He may think the Toronto Raptors fanbase didn’t exist before he got there, but this isn’t one of those things! Travis Scott did this with Astroworld. “Butterfly Effect” and “A Man” were released in 2017, and the biggest hit made the album. Post Malone included “Sunflower”—the big hit from the Spider-Man: Enter the Spider-Verse soundtrack—onto his most recent album Hollywood’s Bleeding, which boosted its Billboard chart placement.

His next album will apparently be shorter than the 29-track Scorpion, so Drake will want to account for “lost streams.” Don’t be surprised if he drops another loosie or two-pack before the album drops. Drake is a risk-averse in the business of rap, especially now as he wants to continue his run into the next decade.

If Drake’s new song becomes the Instagram tagline for every photo in front of The Bean with the lyric, “won’t you meet me by The Bean?” for the next 18 months, that’s a good sign for him. But for the rest of us who’ll see it endlessly on our social media feeds during Summertime Chi, we should brace ourselves.