Hey! Today’s update will be shorter than most. For some reason my IP address was banned by Billboard this morning, which made it hard to research a topic for the newsletter! Now it’s fixed, thankfully.

A few days after I had Steve Stoute on my podcast, his agency’s partnership with the New York Knicks was announced.

The New York Knicks, the National Basketball Association’s most valuable team despite a string of losing seasons, are getting a makeover.

The franchise known for stars like Walt “Clyde” Frazier, Willis Reed and Patrick Ewing — and off the court for polarizing owner Jim Dolan — is partnering with Steve Stoute’s Translation agency in an attempt to bolster its brand and strengthen its ties to the fan base.

“When the New York Knicks are right, the NBA is a better place. That is the opportunity. Winning cures a lot of problems. Great marketing and exciting entertainment cure all problems,” Stoute said. “The brand has to be strong regardless of the final score. When people are hopeful that things are going to be better, and it brings excitement, all of a sudden that becomes the brand.”

Stoute’s quote reminds me of Kevin Durant’s rationale for why he chose to sign with the Brooklyn Nets instead of the New York Knicks last summer. From Hot 97:

“I think a lot of fans look at the Knicks as a brand and expect these younger players who, in their lifetime, don’t remember the Knicks being good. I didn’t grow up with the Knicks. I’ve seen the Knicks in the Finals, but kids coming up after me didn’t see that. So that whole brand of the Knicks to them is not as cool as, let’s say, the Golden State Warriors or even the Lakers or the Nets now.

”It’s like the cool thing right now is not the Knicks.”

The coolness of the Warriors and Lakers is easy to grasp. They’ve been champions and contenders this past decade. But the Nets haven’t won anything. This decade, the Knicks have had more flashes of success, especially with Linsanity and Carmelo Anthony’s playoff runs. The Nets’ “cool” factor, before Durant’s signing, is a lingering effect of the association with Jay Z when he was part owner and his collaboration with Steve Stoute for the team’s 2012 relocation to Brooklyn.

Here’s the ad campaign that Translation made:

The full effects of that campaign were stunted by the team’s regrettable front office moves. The relocation started with a disastrous trade with the Boston Celtics that set the Nets back for years. Even when the Nets made the playoffs in 2015, it struggled to fill the arena. And remember, 2.5 million people live in Brooklyn!

It makes the Knicks job a similar challenge. The Madison Square Garden management group is considered one of the worst in the NBA. It cycles through front-office executives, coaches, and players like it’s nothing. Translation’s ad campaign must overcome strong negative opinions about Knicks management. Any ad that tries to make Knicks owner James Dolan in the positive light may easily get dunked on by Twitter.

I agree that winning won’t solve everything for a sports team. The Milwaukee Bucks are on pace to go 71-11 this NBA season and the mainstream media could care less about them (and it’s not just because they are in a small market). But marketing can’t outperform a bad product, especially in professional sports. The Knicks don’t need to win a championship to be relevant, but the on-the-court product needs to meet the campaign halfway.

Agencies are strongest when they can evoke feeling and equity into strong products that don’t have much cultural identity. Translation’s State Farm Chris Paul/Cliff Paul “Born to Assist” commercials were great. It led to one billion social impressions and a shoe deal for the fictional State Farm insurance agent! The New York Knicks have a tremendous amount of cultural identity right now, but it’s not necessarily good.

Shifts take time. The Net’s re-brand didn’t happen overnight, and the Knicks won’t either. But hopefully, the franchise itself is in a much better place by the time we see the work that comes from Translation and Steve Stoute.

Why Popeye’s Ivy Park is Effective

Quite often, brands get hip-hop-inspired marketing wrong. Last year, consumers were subjected to numerous “Hot Girl Summer” campaigns that had Meg The Stallion’s fans begging her to lock in that trademark as soon as possible. The term culture vulture gets thrown around quite often at brands that want to come up on a popular trend. And as hip-hop continues to grow, that won’t change anything soon.

But it’s important to highlight the hip-hop inspired moves that do get it right. Popeye’s knocked it out of the park this week. After Beyonce’s grand rollout, Popeyes followed the trend to launch their clothing line that is shamelessly inspired by Ivy Park itself. 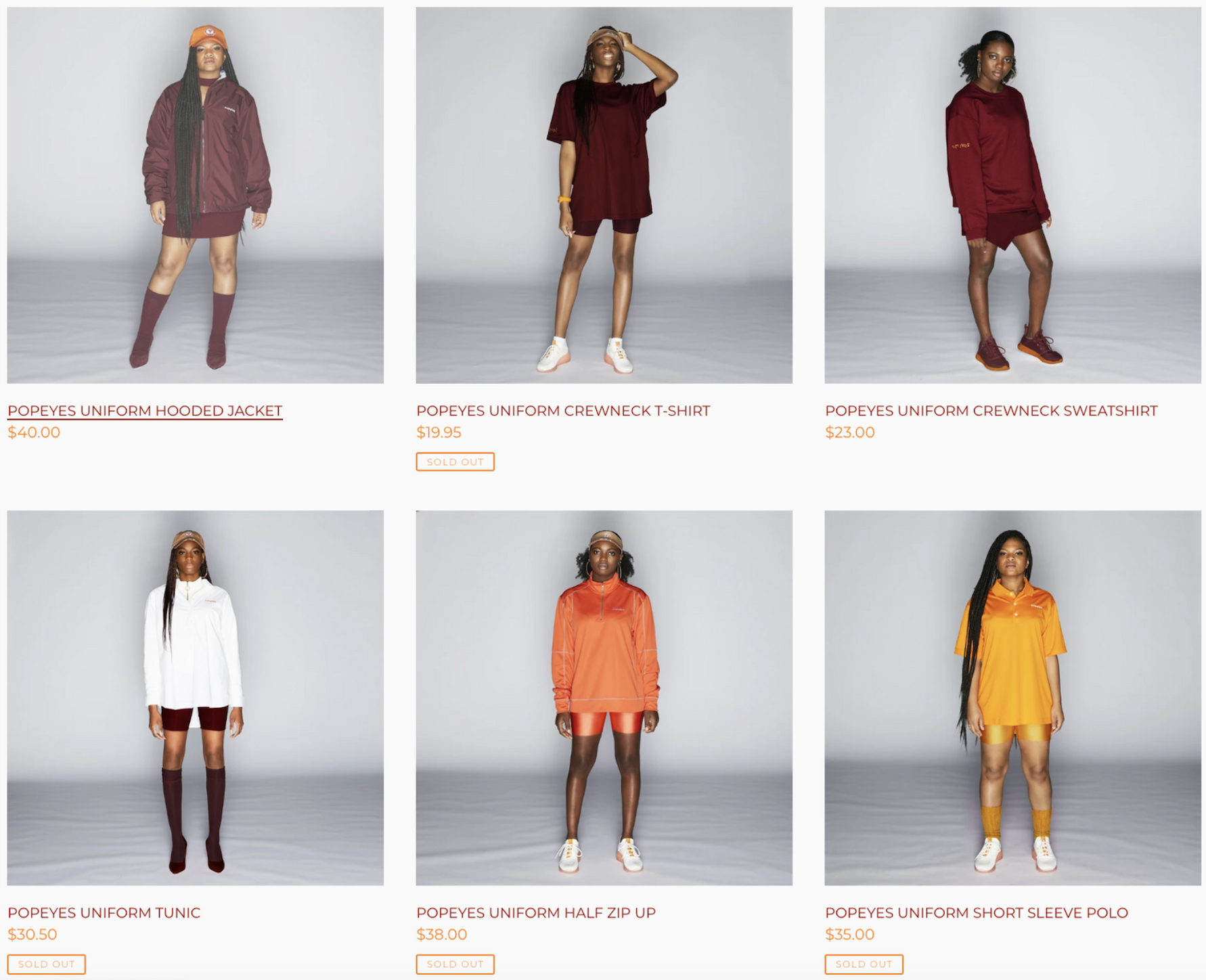 There are a few reasons why it worked well. First, the maroon and orange Popeyes colors are identical to the most recent Ivy Park-Adidas line. It was an easy opportunity to capitalize on.

Additionally, the Ivy Park boxes that Beyonce sent to her celebrity friends created a tremendous buzz on social media. It became a running gag about who did and didn’t get a box. Given the nature of Beyonce’s products, there’s usually a fast sellout and limited supply. Beyonce creates tremendous consumer surplus. And while no one would confuse a Popeye’s uniform tracksuit for an Ivy Park product, there are plenty of customers who were priced out (or missed out), that want to capitalize on the look. It’s similar to was adidas did with its Tubular sneakers. These kicks look like Yeezys, its customers knew they weren’t Yeezys, but they still sold quite well.

All proceeds from “Popeye’s Park” merchandise will go to the Popeye’s Foundation. This shows that Popeye’s cares less about the money generated, but much more about the goodwill and increased awareness. It also reinforces that Popeye’s isn’t trying to directly profit from the merchandise.

One of Popeye’s strength over its rival Chick-Fil-a is its ability to tap into these roots. Let’s say that Ivy Park’s colors for this rollout were red and white like Chick-Fil-a. If the Atlanta-based restaurant did their version of inspired apparel, people would be quick to call out its years of controversy on its relationship with the LGBTQ+ community.

It doesn’t work for every brand, but hats off to Popeye’s for recognizing when it does.