Why Apple Should Spinoff Beats by Dre

As Apple anticipates record growth from its AirPods, the much-improved Beats headphones need space to grow outside of Apple’s umbrella. 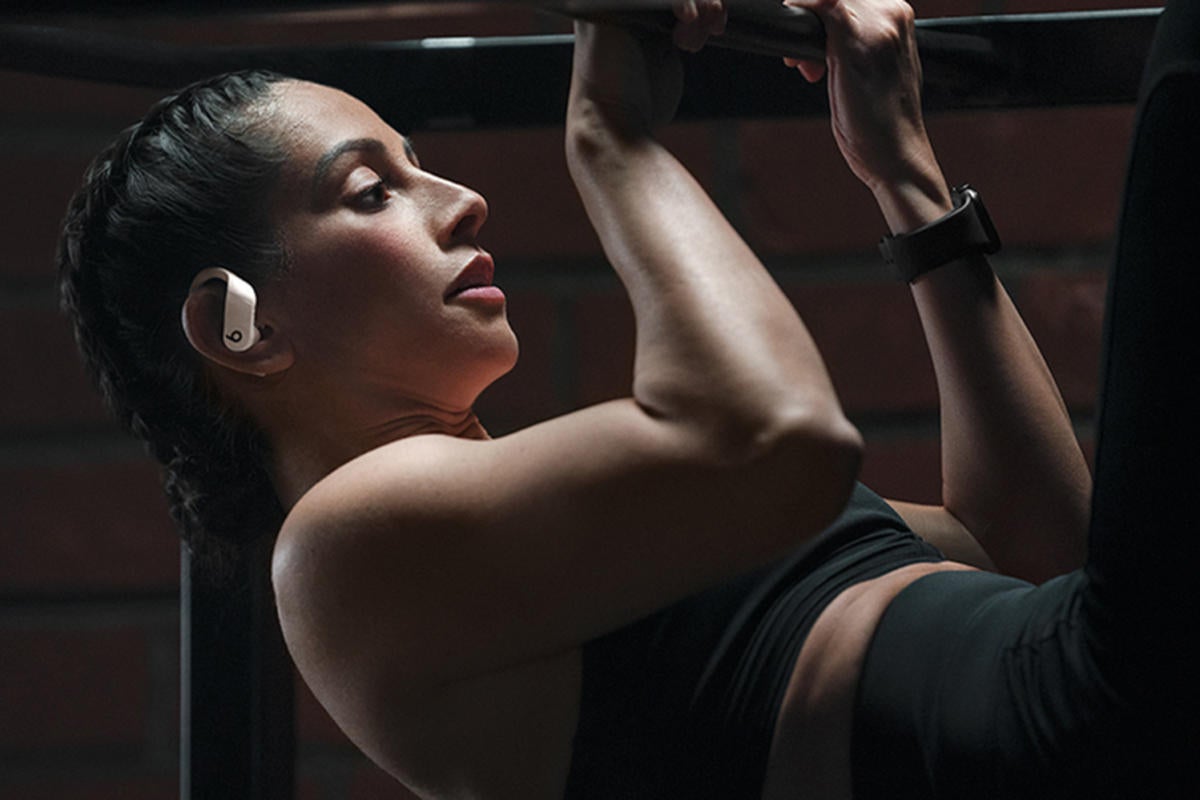 This week, Apple’s Beats Powerbeats Pro wireless headphones were on sale for the low price of $185. It’s $15 less than its current price on the Beats and Apple websites, and $65 less than its launch price seven months ago. This is an Apple product! What kind of J. C. Penney pricing strategy is this? It’s a watershed moment for a relatively new item on a once-pervasive brand.

In hindsight, Apple’s transition away from Dr. Dre and Jimmy Iovine’s headphones was inevitable. In 2014, the tech giant acquired the audio company primarily for the Beats Music streaming service and the talent behind it. But it’s still ironic that the headphones—one of the recent marketing slam dunks of the past decade—may soon end up on a TJ Maxx sales rack for all we know.

Meanwhile, Apple’s AirPods have taken off and show no signs of slowing down. The team behind Beats Electronics has been active as ever, but its biggest competitor is in-house. Both Apple and Beats would be better off as separate entities. It would add value for both parties and help Beats reach its full potential.

The headphones were an afterthought

Here’s what I wrote about Beats in The 10 Most Influential Hip-Hop Business Moves of the 2010s. The Apple Beats deal was #8 on the list:

In 2011, beats accounted for 64% of U.S. headphones priced higher than $100…By the time of the acquisition, Beats had switched ownership hands a few times and started in music streaming. Beats became an attractive acquisition target, and soon found a home with Apple. The brand has now largely pivoted into Apple Music. And while Beats still makes headphones, they are nowhere near as popular as they once were. Dre cashed out at the perfect time.

Beats headphones were always an odd fit on Apple’s roster. Steve Jobs was all about product excellence, and the company has stayed on that tip ever since. The last thing it wanted was a borderline fast-fashion accessory, even if it was popular. Historically, those products don’t retain loyal customers and are easy to compete against. Apple takes pride knowing that its target customers upgrade to their second iPad, third MacBook Pro, or fourth iPhone. If someone bought a second pair of Beats, it wasn’t an upgrade—it was usually cause the first pair broke!

Apple was much more intrigued by the “end-to-end music experience” that Beats envisioned. Beats Music streaming service launched in January 2014 with a strong campaign and an AT&T partnership under its belt. Beats had just 250,000 paid subscribers (Spotify had 10 million at the time), but Apple saw the potential.

By early 2018 though, the writing was on the wall was clear as day for Beats. The Bluetooth headphones had lost market share. Apple had also announced plans to launch its own noise-canceling headphones, competing directly against Beats. Analysts grew skeptical of the product’s future. “I would not be at all surprised to see Apple move upmarket with headphones with the Apple brand rather than Beats,” said industry analyst Avi Greengart in a 2018 USA Today interview. Greengart was right. Apple AirPods had doubled their growth rate and became the new headphone status symbol.

By the end of 2018, Iovine left Apple. Once his stock was fully vested, he went about his business. His departure strengthened doubt about the future of Beats Electronics.

Beats and AirPods compete for the same customer

It’s might seem odd to call a $185 pair of headphones a downmarket play for any company, but that’s where we’re at. Beats has honed in on the young and active workout segment. In the past year its wireless Bluetooth PowerBeats Pro headphones—a direct competitor to the AirPod Pros— have been featured in numerous commercials with big-name stars. Those featured include James Harden, Billie Eilish, Anthony Joshua, Simone Biles, Tom Brady, Pharrell Williams and many more.

The quality has improved vastly too. There are several comparison posts on Powerbeats Pro vs AirPod Pros (with mixed results) which speaks to how far the product has come.

Here’s a November commercial with Halsey:

This marketing campaign is fine when analyzed in a vacuum. But unfortunately, this campaign exists in the same company that’s sold $6 billion worth of AirPods and shows no signs of slowing down. For context, Beats sold $1.4 billion in its best year before the acquisition.

The target customers are too similar. The person who would buy a pair of Powerbeats Pros would also buy AirPods! The tech world is aligned with sports, culture, and working out. Athleisure is a $150 billion industry, and it’s not because of professional athletes. It’s because of regular folks with 9-5 jobs.

This convergence is true at the celebrity level too. NBA superstars like Kevin Durant and Stephen Curry have their own venture capital firms. Beyonce was on Uber’s cap table. Venture capitalist Ben Horowitz shouts out Young Thug in his interviews. We expect these people to use the same types of products.

Downmarket products rarely succeed in the Apple universe. The iPhone 5c never caught on. Apple has yet to launch another iPhone SE despite its cult-like following. The iPod Touch will be remembered as an odd relic of the time before smartphones took over. Beats has an uphill battle despite its improvements over time. It was released a few months before Apple AirPods Pro flagship product, at the same price, and to a similar consumer. Despite its star-studded ad campaigns, it was not set up for success.

Does this ad look like its positioned at a different customer than that Beats commercial? Not really.

A spinoff would add value

Many analysts have questioned Apple’s purchase of Beats. These takes are understandable—$3.2 billion was A LOT of money. But a “cost per subscriber” analysis misses the big picture. This deal saved Apple invaluable time. It accelerated the launch of Apple Music. The initial hip-hop-inspired playlists, influenced by Beats Music, gave Apple Music an edge when it launched. This opened doors for the 2016 hip-hop streaming exclusives that boosted Apple’s subscriber base. If Apple waited another 18-24 months to finalize its own streaming service, it might have watched from the sidelines as Spotify and other digital streaming providers rode the accelerated growth phase in streaming.

But Beats Electronics wasn’t integral to that plan then, and it still isn’t today (nearly six years later). If Apple sold off the business, it would increase value for everyone. Apple can continue to position its AirPods as the desired product without cannibalizing itself. 2PM’s Web Smith recently highlighted the High Earners Not Rick Yet (HENRY) segment. which AirPods currently owns (as well as the high earners who are already rich). It can continue to do so without risk of cannibalization.

Meanwhile, the Beats team can get more niche and specialized within its fitness/athleisure segment. For instance, that commercial with Halsey, Giancarlo Stanton, and Emily Ratajkowski is high quality, but who is it speaking to? There are too many types of customers it’s trying to reach. That level of rigor is more likely to come if the subsidiary was forced to narrow its target audience. Several DTC brands have become unicorns using tactics we once saw perfected by Beats last decade. It’s due time for Beats to bring it full circle and follow their lead.

Apple shareholders would likely be pleased too. A spinoff (or sale) of Beats Electronics headphones would unlock immediate value from the sale and more down the road. Shareholders can sleep well knowing that the move wouldn’t impact Apple’s audio platform strategy.

As AirPods have taken off and Beats (hopefully) strengthens its positioning, let’s look back at Dre and Iovine’s initial mindset for the headphones.

“[Apple] made a beautiful white object with all the music in the world in it,” Iovine says. “I’m going to make a beautiful black object that will play it back. Dre and I decided to market this product just like it was Tupac or U2 or Guns N’ Roses.”

A decade-plus later, that same approach will benefit Beats if adjusted to today’s landscape. Artists in the streaming era won’t succeed if they do the same thing as everyone else. A more tailored approach can go a long way for Beats, especially since it’s been built into its DNA from the beginning.