A Complicated Legacy: How Drake’s OVO Sound Will Influence Hip-Hop

Drake’s record label gets criticized for its singular focus, but it’s the model most likely to be replicated this next decade.

In last month’s Rap Radar interview, Drake spoke candidly about himself and “the two other guys that he’s constantly up against,” Kendrick Lamar and J. Cole:

Each rapper’s run is directly tied to the success of their record labels. Top Dawg Entertainment and Dreamville are often praised for the rosters built around their superstars.

Meanwhile, Drake’s OVO Sound gets knocked for its overwhelming focus on the 6 God and its inability to develop other artists. The only OVO act that got Spring 2015 poppin’ was Drake on his mixtape If You’re Reading This It’s Too Late.

The perception of TDE, Dreamville, and OVO stems from an aged perspective. Hip-hop’s history books are filled with blueprints from storied labels with multiple superstars: Def Jam. Death Row. Bad Boy. But it’s a short-sighted comparison. The industry has flipped. Rising artists are now encouraged to use technology, build an audience, and rise on their own. As a result, future labels will look more like the singularly-focused OVO Sound.

From institutions to individuals

The expectation of past record labels is a reflection of how business success was once viewed. For decades, General Electric was the gold standard in management. The conglomerate was praised for its strength across numerous business units. Bigger was better. GE’s former CEO Jack Welch was revered for his shrewd principles used to grow the blue-chip company.

In hip-hop, those verticals are the artist’s individual brands. In Why Rappers Started Running Their Own Music Festival, I wrote about how a rapper’s name is often a stronger brand than the events he or she is tied to. OVO Sound, the annual OVO Fest, and OVO’s merch are all extensions of Drake. He literally named it October’s Very Own after his birth month. What did we expect would happen?

But critics still expected more. In 2016, music journalist Craig Jenkins wrote in VICE about the label’s potential in Is OVO Sound a Hip-Hop Label or Drake’s Personal Hit Factory:

“OVO Sound is excellent at the business of making Drake albums, but not yet the no-brainer star-making force up North it could be, possibly because the tightest songs get run up the pipeline and placed at the feet of the 6 God. Until the label sharpens its promotional strategy and finds its own Meek—a rapper captivating enough to use the Drake co-sign and OVO Sound resources as stepping stones to greatness, as Drake himself did with Lil Wayne and Young Money, and Wayne did with Birdman and Cash Money—it’ll remain a pretty museum of collaborators Drake likes who don’t blow up.”

There’s truth there, especially since Drake himself benefitted from this development at Young Money. But hip-hop has changed a lot since We are Young Money dropped in 2009. Just because OVO could follow the Lil’ Wayne label model doesn’t mean it should. 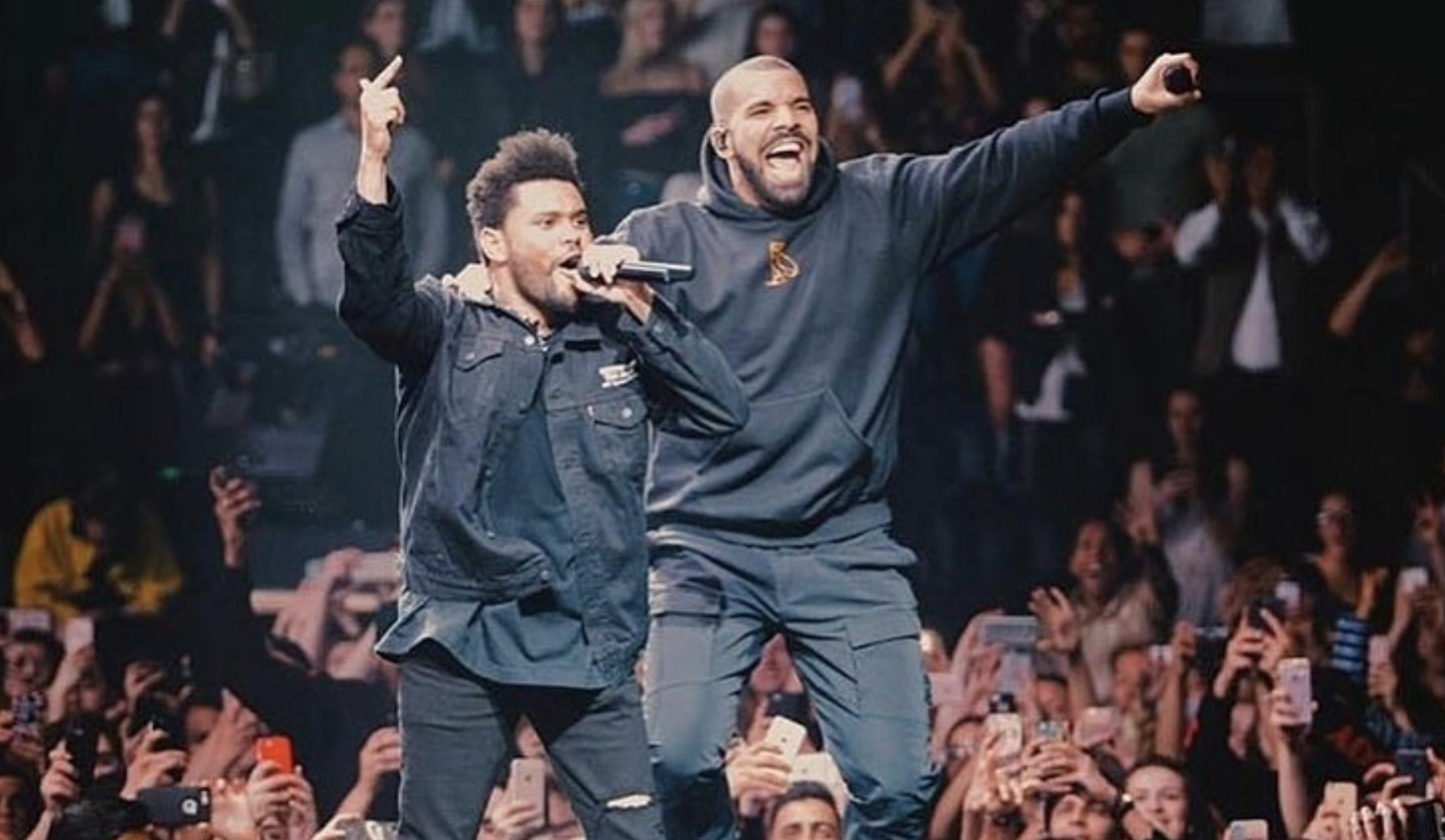 OVOXO is what could have been, but honestly we were better off. (via @champagnepapi)

Before OVO gets too much credit, the label did not set out to be this nimble single artist endeavor. Drake wanted to build a hip-hop hub for the talent in his city. He signed Canadian artists like PartyNextDoor, Majid Jordan, Roy Woods, dvsn, and others. This was not a Beyonce-Parkwood Entertainment situation where the company started with the intention to serve one person’s career. OVO fell into its current strategy.

Drake’s label had its true sliding doors moment in 2012 when it failed to sign The Weeknd. The Toronto singer famously turned Drake down and formed his own XO Records under Universal and Republic.

In that same Rap Radar interview, Drake said that The Weeknd told him, “I don’t wanna sign under another artist. I feel like I can be just as big if not bigger and I wanna start my own thing.”

The Weeknd bet on himself, stumbled at first, but eventually reaped the rewards. Had The Weeknd signed under OVO, it’s unlikely that the “Starboy” singer would have reached the same heights. The more intriguing question (that never gets asked) is what would have happened to Drake’s career had The Weeknd signed?

Remember, The Weeknd contributed to five songs on Take Care. Drake would have still been the priority, but The Weeknd would have required more resources than the other acts. There would have been less time to ensure that Drake’s annual releases were the big releases they have been.

We take for granted how unprecedented Drake’s decade-long run has been. He was the most-streamed artist of the decade and Billboard’s artist of the decade. Even his worst albums had enough massive hits to overpower critics. We also take for granted the work that 40, Oliver El-Khatib, and the rest of the OVO team put in to maximize Drake’s reach. OVO’s inability to develop another star has been a low key silver lining for Drake’s run.

That said, it’s unfortunate that the other OVO artists stayed stagnant as a result. “The Drake co-sign” became this hallowed golden ticket for exposure. But as I wrote last year and will double-down on again, Drake’s “stimulus package” does more for Drake than most other artists.

This is where Drake differs from Kendrick or Cole. Those guys release music far less often. Both rappers “subsidized” a portion of their stardom to support their labelmates. It’s a noble undertaking that brought us great music from SZA, Jay Rock, Ari Lennox, and others, but it’s still a tradeoff.

Music is still a business. When Jay Z left his role as President of Def Jam, he criticized the label’s business model of having 57 releases one year but only four of the artists break. If the Def Jam model is one end of the barbell, then the other end of the barbell is OVO: a label with one proven star that it’s solely focused on.

Here’s a 2018 clip where Drake announced that Popcaan joined OVO Sound, but how will this play out?

The idolization of 90s hip-hop still hangs over today’s labels. TDE’s CEO Top Dawg has checked those who compare him to Suge Knight. In recent years, Pee from Quality Control Music, Def Jam, and the late Nipsey Hussle have all emulated Master P’s No Limit Records. Nostalgia is powerful, but it can cloud reality.

Today’s labels chase after the level of dominance that Death Row once had. Which label wouldn’t want its own version of VIBE’s iconic “Live From Death Row” magazine cover? Sure, all labels should aim high and be bullish on their talent, but it’s an unrealistic measure of success. Death Row Records had three of rap’s four biggest rappers on the same squad! That cannot and will not happen in this new decade. Those days are behind us.

Hip-hop should be happy that success is no longer the boom-or-bust environment it was back then. If an artist wants to use a label as a temporary launchpad to bigger and greater things, it’s easier than ever to get that distribution support. If a rapper wants backing to make music, earn money without the pressure of charting, and doesn’t mind being under the umbrella of superstar, then a label like Dreamville or TDE can offer that benefit. If an artist wants to build their name on a distribution service and wait until they’re ready, the option is available too.

Despite OVO’s track record, Drake is still determined to add more artists to his label. He set a model for the next decade to come, even if he didn’t intend it to be that way.

He takes pride in being the superstar that’s known for the music. But if he truly wants to extend this run on top for another five years, as he told the Rap Radar guys last month, his best bet is to own the fact that OVO has been (and will be) in the primary business of serving Drake.