Juice WRLD’s death is a sad reminder of hip-hop’s prescription drug culture, but the relationship is deeper rooted than most realize.

The rap community has lost another talented emcee to prescription drug abuse and the culture that surrounds it. Since Juice WRLD’s death, reports have surfaced that he started drinking lean in sixth grade. He cited Future’s lyrics as an early influence. The “Dirty Sprite” rapper’s persona hasn’t helped, but this problem is bigger than him.

Hip-hop is both a reflection and a force on its environment. Lean, mud, drank—whatever you wanna call it— has been intricately weaved into the cultural fabric and business model. Most don’t realize the full extent of its reach.

The public has called on hip-hop to have a “serious discussion” about this, but that discussion needs to include those who are rarely associated with the problem.

Juice WRLD’s death has been categorized as a casualty of the SoundCloud rap era. This New York Times article paints Lil’ Peep, XXXTentacion, and Juice as a collective whose struggles personify the dark side of this youthful movement. But lean’s roots are older than most of these rappers (and probably their parents too).

In the 60s, musicians in Houston mixed cough syrup with beer. That led to the legendary DJ Screw, who popularized lean with his chopped and screwed mixtapes in the 90s. The slowed-down production style became synonymous with the drink of choice. Fans wanted to identify with that sound, that music, that chill vibe.

Houston’s influence spread throughout the South and eventually to the rest of hip-hop. It didn’t take long for Three 6 Mafia, SwishaHouse, and others to continue the trend that’s dominated mainstream rap.

Last year, Travis Scott’s “Sicko Mode” took airwaves over with its not-so-subtle reference to the lifestyle. The most memorable line in that song is from your boy, hip-hop’s biggest rapper, who said that he took half a Xan that had him out like a light. It’s not the first time Drake has sold this image. In 2014’s “Tuesday” remix, he rapped “Upstairs I got Xans in an Advil bottle, I don’t take them shits, but you do. So I got ’em for you.”

SoundCloud rappers didn’t just wake up and start drinking sizzurp. They were influenced from all angles: The stars they admired celebrated lean culture. The fans who worship those stars connected with that life. Other aspiring rappers emulated the life of the megastars. And for some, the drug became a way to cope with the emotional rollercoaster of life as an artist. Lean became a literal gateway drug to hip-hop stardom.

Over time, some rappers felt trapped. Lean withdrawals can wreak havoc on the body’s nervous system. Both Mac Miller and Juice WRLD once vowed to quit, but it’s much easier said than done.

A stoppage of use may also disrupt the brand that an artist spent years developing. In last year’s article Future Needs Help Before its Too Late, I broke down the trap king’s lean ecosystem:

Themes of depression, suicide, and addiction consume his lyrics. He claims his “therapy” is staying in the studio, drinking lean (soda mixed with cough syrup, and sometimes Xanax), and making music…

The FutureHive hears about the rapper’s personal demons early and often. For some fans, his lyrics are a gateway to mental health awareness. Black men—especially those who grew up poor like Future—are less likely to seek therapy. Future knows his fans appreciate his raw emotions, but where does that leave Future himself?

The “March Madness” rapper’s business model is predicated on escapism. His nonstop work ethic is hard to shake, especially when it has elevated him to the Forbes Hip-Hop Cash Kings list. These issues—overworking, addiction, and depression—are interlaced and have fatal consequences.

Six months later, Future admitted he stopped taking lean in a Genius interview but was concerned about the impact:

“I didn’t wanna tell nobody I stopped drinking lean. Cause then they gonna be like ‘Oh his music changed cause he ain’t drinking lean no more.’.. But it just be hard when your fans used to you a certain kind of way, a certain persona. You be afraid to change.”

This rationale—the vice-is-my-brand-so-I-don’t-wanna-quit— has been in the music industry for years. Nat King Cole famously smoked three packs of cigarettes per day because he believed it gave his voice a rich sound. And remember, we only heard this story because Future reportedly quit lean. Imagine how many of his peers arrived at the same dilemma but chose to stick with it?

The record label execs who sign these artists are part of this problem too. In a 2018 Breakfast Club interview, YouTube’s Global Head of Music Lyor Cohen—who previously ran Def Jam, Warner, and 300— vehemently chastised hip-hop’s lean problem. He sounded like a politician ready to “clean up the inner-cities.”

But when Charlamagne Tha God checked him and said that the exec was hypocritical because he still signs artists who glorify lean use, Cohen said, “I got a family to feed.” It’s a damn shame.

Cohen’s answer shouldn’t surprise anyone. Unfortunately, he’s likely not alone in that detrimental logic. The money trail is deep, and it takes integrity to stop it.

The suppliers aren’t innocent either

In 2017, Bloomberg did an investigative report on how promethazine and codeine get to the streets. The most popular prescription products were Hi-Tech, Morton Grove, and (formerly) Actavis. A bottle that would normally sell for $50 with medical insurance can easily go for thousands of dollars.

Actavis has since pulled its product because of unlawful use, but other suppliers haven’t. From Bloomberg:

“As yet, Akorn hasn’t publicly acknowledged off-book use of its promethazine codeine cough syrups. But Peters says he believes the company tacitly recognized their street value last year, by changing its packaging from plastic bottles to glass ones, which he says results in a more bitter-tasting syrup. (Akorn didn’t respond to requests to address the assertion.) He adds that the street value for Hi-Tech has dipped slightly since the change in bottles, but that “it’s still really wanted and one of the biggest sellers on the street market.”

In 2013, technicians at Emory University Hospital got busted for pushing product to dealers who paid top dollar for it. Despite the crackdowns, the drug still finds a way to the streets. If dealers can’t recruit a technician to smuggle the product, they break into pharmacies.

The branding of lean has also been shamelessly co-opted. Back in 2013, Complex did a study on it:

“Dr. Peters has nothing but contempt for companies seeking to cash in on the popularity of sizzurp by marketing over-the-counter “anti energy” drinks with names like “Purple Stuff” and “Sippin Syrup,” which he says are mostly marketed to inner-city communities.”

Even if these anti-energy drinks have no vice-related antigens, they still contribute to the problematic ecosystem.

Musicians have long looked to substances as an escape from the struggles of daily life. Before lean, it was heroin, crack, and countless other drugs. There’s been an active push to get record labels to invest in mental health and therapy coverage for signed artists. Therapy has gotten more widespread adoption in hip-hop than ever before. Jay Z, Chance the Rapper, Kid Cudi, and others have been open about seeking therapy. Shows like “The Therapist” and programs like Hip-Hop Therapy Global Institute help, but there’s still a long way to go.

In this short Dr, Oz interview, Bow Wow breaks down his addiction to lean and the damage it caused.

The other challenge is that lean is highly addictive. Fans have asked rappers to collectively stop taking the drug, but most need help to do so. Therapy may focus on the underlying causes of taking lean, but some may still need rehab for the physiological damage and addiction.

We need to remember that hip-hop’s relationship with lean is still a reflection of society. There’s a misconception that because it’s expensive, it’s just the rappers who do it. That logic is as flawed as “it’s only rich folks who buy Louis Vuitton.” The Bloomberg report mentioned earlier cited that in 2011 there were over 11,000 ER visits due to codeine. A 2013 study showed that 6.5% of college students drank lean. It’s not just rappers.

But this isn’t the first time that the struggles of public figures were misconstrued. In the 1980s, the US sports leagues were plagued by crack and cocaine. Initially, the issue was painted as rich athletes wasting their money. But over time, the league commissioners realized that the NBA, NFL, and MLB were reflections of the damage these drugs caused on society—specifically inner-city black communities— as a whole. The more things change, the more things stay the same.

In the wake of Juice WRLD’s death, Trippie Redd vowed he was done with lean:

It’s helpful, but we also need a rapper to stand up and say, “I’m going to therapy to address my demons and rehab to cure this addiction. I need the help, and I know many of you are in this same boat.” Some have done this, but we need a critical mass.

Hip-hop may be a reflection of its society, but it will never stop being an influence. 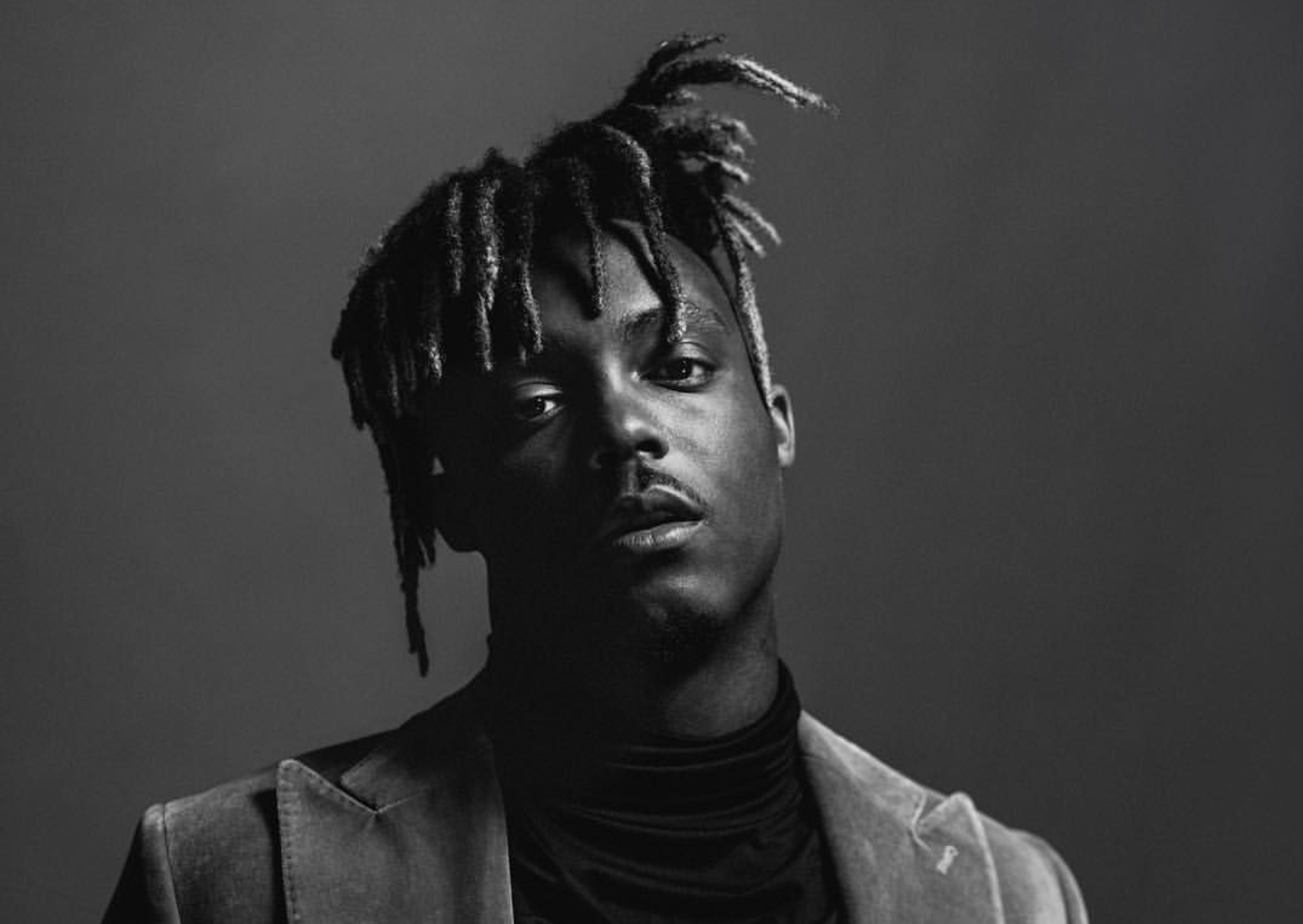