Why Rihanna Partnered With Amazon

The Fenty founder teamed up with Amazon to distribute her products and video content, but she could have earned more elsewhere. 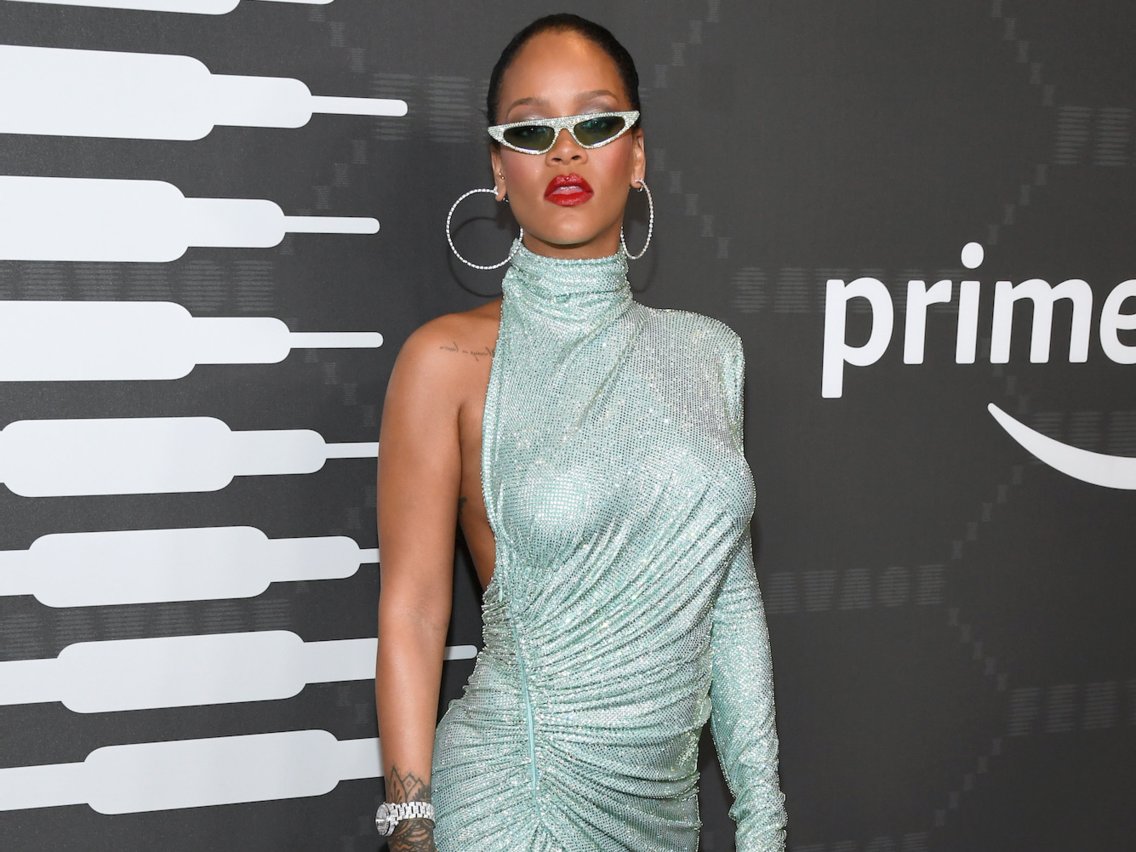 Amazon’s Savage x Fenty Fashion Show can be called many things. It’s a behind-the-scenes view of Rihanna’s growing Fenty enterprise. It’s a modern-day infomercial designed to sell more products. It’s inclusivity-minded content in an industry that lacks it. And it’s another opportunity for DJ Khaled, one of the event’s performers, to yell “Anotha One!” into a microphone.

Both Fenty and Amazon are vertically-integrated entities that benefit from strong partnerships. Rihanna wants strong distribution partners to expand the reach of her Fenty products. Meanwhile, Amazon finds strong products to leverage its distribution and fulfillment. With alignment in both retail and video streaming, both parties seem like a match made in heaven.

But even the most obvious pairings have shortcomings. Amazon is much stronger in retail distribution than it is in video streaming. Alternatives options matter, especially for someone like Rihanna whose business interests span far beyond the Fenty brand.

Rihanna and Amazon bring product and distribution together

As of 2018, there were 26 million Amazon Prime Video customers in the U.S. The subscriber number is much lower than Netflix’s 140 million, but Amazon CEO Jeff Bezos told us not to worry about that. At the 2016 Vox Media Code Conference, Bezos said “We get to monetize [Prime Video] in a very unusual way. When we win a Golden Globe, it helps us sell more shoes.”

I’m not sure who the hell bought shoes after watching Manchester by the Sea, but point taken.

This rationale syncs with Savage x Fenty. The 51-minute doc won’t win any awards—no offense—but its goal is to increases customer lifetime value in two ways:

If Amazon paid Rihanna/Fenty $15 million for the fashion show and distribution deal, it probably wants to earn at least 3x that ($45 million) total in customer lifetime value. That can be $20 million in Prime subscriptions + $15 million in Savage x Fenty products + $10 million in miscellaneous merchandise. The individual business units will monitor the specific breakdown, but the top-line number is what matters most.

Amazon wants to partner with companies like Fenty that have a strong brand. Many DTC brands avoid Amazon like the plague, but Fenty has many of those same digitally-native vertical brand characteristics: direct access to consumers, customer experience focus, and distribution control. Not to mention, it has one of the most bankable celebrities as its lead figure. Just like Amazon, Bad Gal RiRi understands how one business unit can drive sales elsewhere. 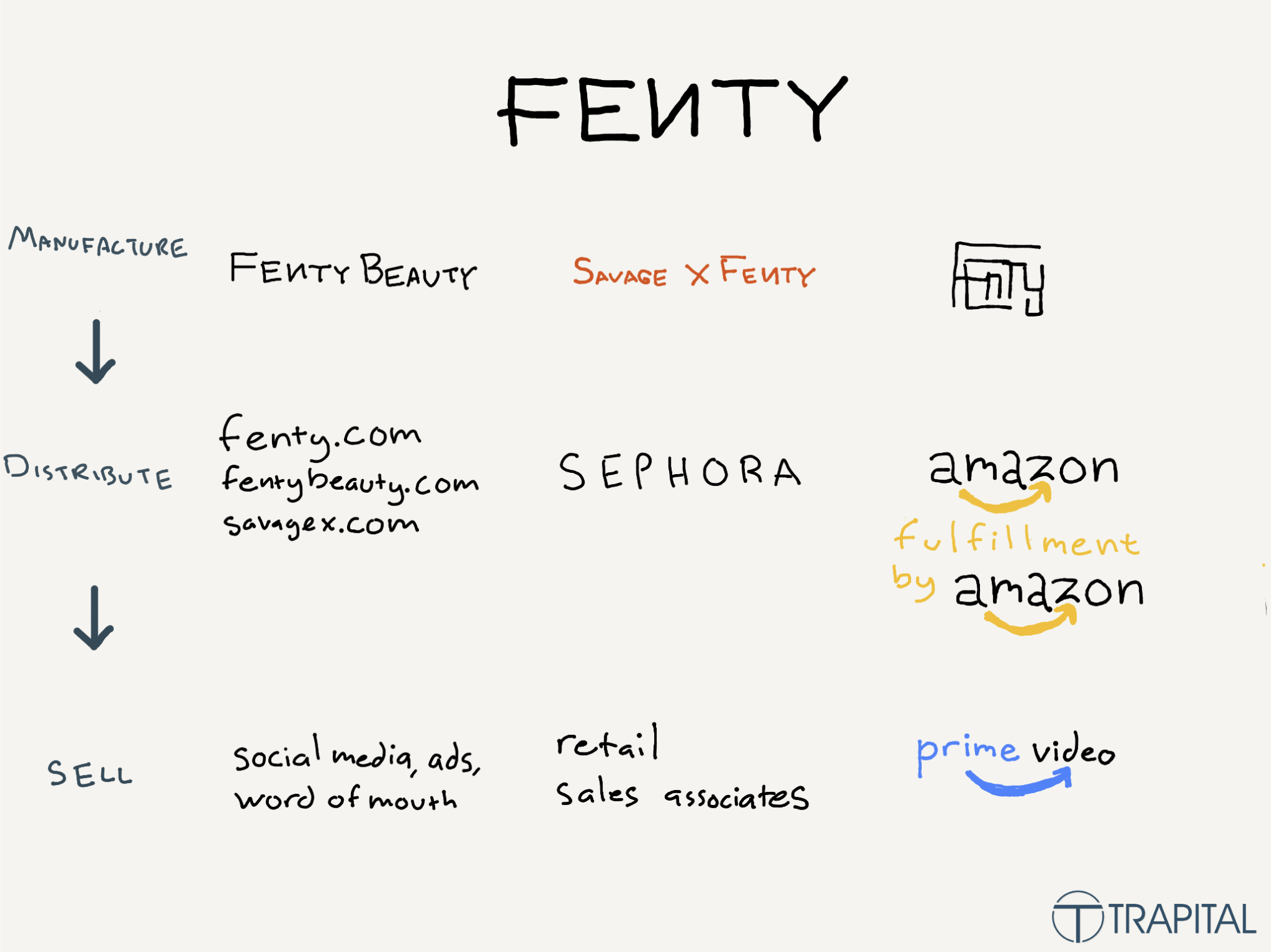 The potential with Netflix

Despite the alignment, Amazon’s Savage x Fenty fashion show was released with little fanfare. I can’t recall a single person on my social media feed who said one thing about this fashion show. And believe me, my timeline literally stops whenever Rihanna breathes, posts a thirst trap, or talks about dropping new music.

Hip-hop inspired fashion shows have reached the masses before, like Kanye West and Jay Z’s performance at the Victoria’s Secret Fashion Show. With Savage x Fenty’s performances by Khaled, Migos, Big Sean, Halsey, and Normani, the bag was there for the taking.

The limited exposure has a lot to do with Prime Video’s audience. Amazon’s content often needs a massive promotional budget to become regular water-cooler talk. Jack Ryan had a borderline-spam advertising campaign, but it’s too expensive to do that for every show.

Beyonce’s Homecoming documentary got to that level. Easily. Travis Scott’s Look Mom I Can Fly documentary did too. But both of those were on Netflix. It’s much easier to reach the masses with an audience of 140 million.

Those documentaries were at the top of the sales funnel for both Beyonce and Travis Scott. They drove awareness for their other products and services.

The Savage x Fenty doc on Amazon was at the top of Rihanna’s sales funnel too, but it was less effective in attracting the masses. She sacrificed awareness for the integration and customer data that Amazon offered as both a video and retail distributor. It’s an understandable decision. Netflix’s viewership can’t directly integrate with Amazon’s sales channel. That advantage would be lost.

But Netflix’s audience is nearly six times the size of Prime Video’s. The size advantage outweighs the loss in integration. Rihanna is one of the biggest musicians in the world. If she’s on a platform that limits her reach, she’s likely leaving money on the table. 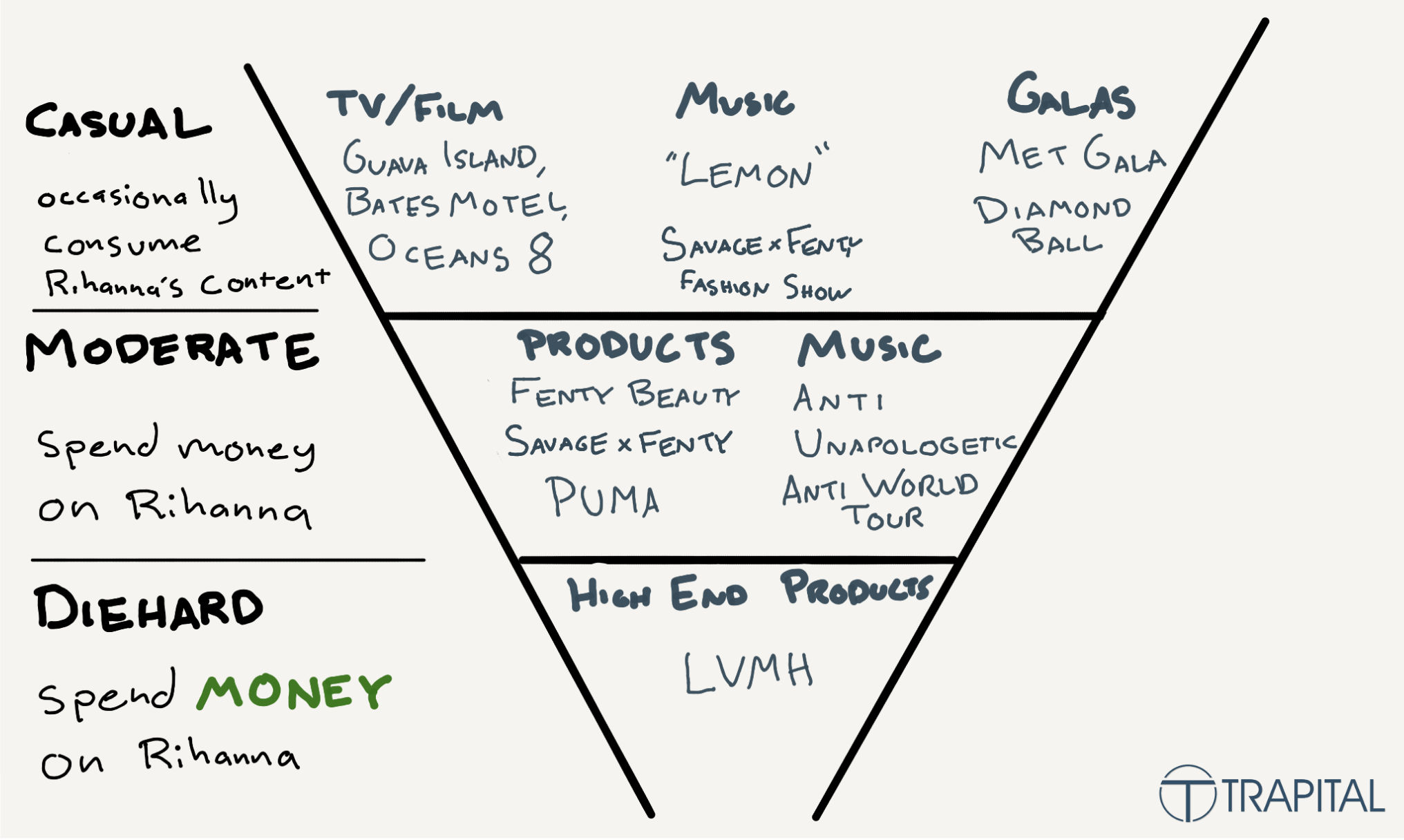 Distribution matters more for the megastars

Two weeks ago, I shared initial thoughts with Trapital members about Rihanna’s partnership with Amazon. Here’s what I said on distribution:

“Unlike most DNVBs, Savage isn’t the founder’s primary business interest. Rihanna still has many other products, services, and her own massive music career! The access that Amazon provides will drive consumer interest in her personal brand for her other products. It’s very similar to Beyonce’s Netflix strategy that I wrote about in Beyonce’s Streaming Strategy, Explained.”

There’s a hypothetical yet believable world where Rihanna could have partnered with Netflix for video content and Amazon for retail distribution.

As I mentioned earlier, many DTC brands feel commoditized by Amazon, but those rules don’t apply to Fenty. If Rihanna’s only job was to sell Fenty products, then her strategy would be different. If Rihanna’s company was more famous than she was, then her strategy would be different. But neither of those things are true. Ubiquity trumps exclusivity for hip-hop’s current megastars: Beyonce, Drake, Jay Z, Rihanna, Travis Scott, Cardi B, J. Cole, Kanye West, and Kendrick Lamar.

Full-package partnerships, like Amazon and Rihanna, lower the barrier to entry. The ease of use will increase adoption with partners who would not have followed through otherwise. But these deals also lower the ceiling. There’s an inherent tradeoff built into the ease of use.

For the artists who won’t ever reach that ceiling, these deals are as good a bet as any. But hip-hop’s megastars (the ones who can reach that ceiling) are better off maximizing their brands with the strongest partners at each part of the value chain.

If Rihanna ever said, “When I release a documentary, it helps me sell more cosmetics,” she’d be right. But people still need to see that documentary for the sales to follow.