The 24-year-old rapper grew by doing things that don’t scale, but her business partners need to find the right balance to get Megan to the next level. 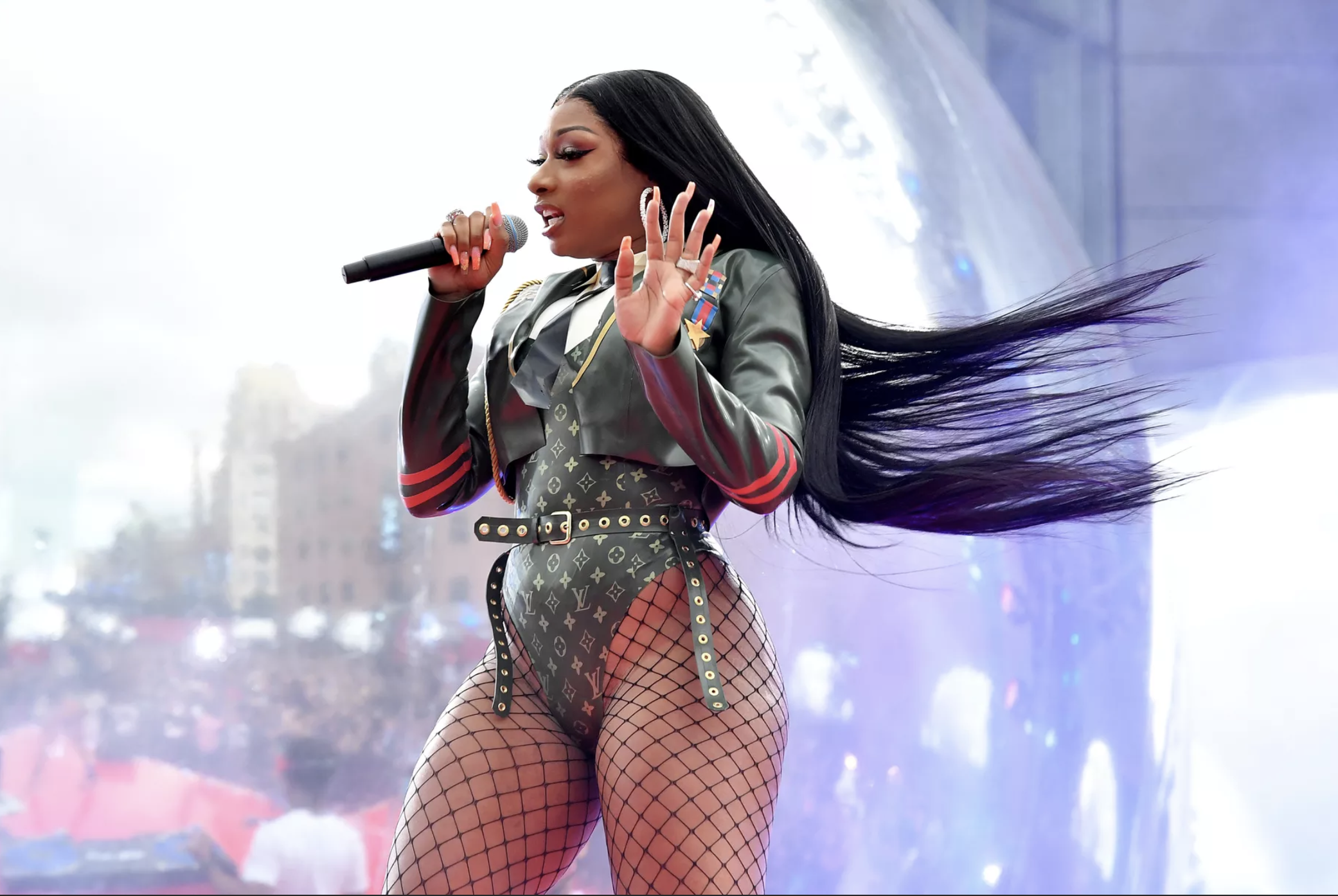 Hot girl semester is officially in session. Megan Thee Stallion is in her final year at Texas Southern University. After graduation, she plans to use her healthcare administration degree to launch assisted-living facilities in Texas. “You got your people taking care of your people… this is what I’m gonna do,” she told Vulture in April.

She recently signed a management deal with Roc Nation, filed a trademark for “Hot Girl Summer”, and has the entire industry watching her next move. The “Big Ole’ Freak” artist has 300 Entertainment and Roc Nation backing her. But those companies haven’t supported someone quite like Megan. They need to step outside their standard box to help Meg’s career reach its full potential.

Do Things That Don’t Scale

Meg’s 2016 Houston rooftop cypher still gets talked about. It’s the type of performance that normally delivered by rapper’s rappers. Meg’s late mother and former manager, Holly-Wood, was known in Houston for her rapping ability. Rap is in Meg’s DNA.

Typically, these types of artists rely heavily on lyricism. Music is their product. And since their product gets full attention, distribution is often de-prioritized. In these cases, record labels and management teams try to make up for the lack of distribution, but it’s often an uphill climb.

Hot Girl Meg’s rise to fame has eased the burden for both her label and management. She’s cultivated her Hotties fanbase to meet up for New York City house parties and beach cleanups in Santa Monica, California. She spends time on tasks that don’t scale (which will eventually help her scale). It’s the same guidance that Y-Combinator shares with its founders:

“We tell startups to get their first customer by any means necessary, even by manual work that couldn’t be managed for more than ten, much less 100 or 1000 customers. At this stage, founders are still trying to figure out what needs to be built and the best way to do that is talk directly to customers.”

These moves are the backbone for successful distribution. Meg already had a strong product, but she maximized her reach through her social media presence, interviews, and events. Her signature catchphrases and multiple aliases (Tina Snow, Hot Girl Meg) are tailor-made for the social media era. Ironically, her Fever mixtape, which came out in July, has been a relative afterthought compared to everything else Meg has done this summer.

Meg told Variety that rappers call her every day to collaborate. And if rappers are calling, that means companies are calling too. There was a bunch of companies that tried to use ‘hot girl summer’ as a tagline to sell products. Those same brands would love to feature the lead Hottie herself, but Meg now has more support to evaluate and execute on those opportunities.

Megan Thee Stallion is the first female rapper signed to 300 Entertainment. She’s one of many women in hip-hop who were ‘first’ on their respective teams. Twenty years ago, Eve named her debut album Ruff Ryders First Lady. But Eve was the first on a smaller record label, Ruff Ryders Entertainment. It’s very different than Meg, who was the first female rapper on a label with nearly 50 acts! What has 300 been on this whole time?

The label was founded in 2012 by Lyor Cohen, Kevin Liles, and Todd Moscowitz. It was funded by Google Ventures and built for the digital era. 300 Ent had an early partnership with Twitter to use the tech firm’s data insights to inform both marketing and A&R efforts. Cohen, Liles, and Moscowitz knew where the industry was headed and wanted a modern approach to labels and artist development. 300 was also an early advocate for the ever-polarizing 360 deals.

In a few years, the lineup was stacked with talent. By 2016, 300 had signed the Migos, Fetty Wap, Young Thug, and Rich the Kid. It was hip-hop’s Oklahoma City Thunder team with Kevin Durant, James Harden, and Russell Westbrook.

But the strong fabric started to unravel. Fetty Wap couldn’t recapture that same energy he had in 2015. His follow-up album has been in a perpetual state of delay. Rich the Kid went on Instagram to say “fuck 300” for not letting him out of an early contract. The Migos also aired their grievances with the record label because they weren’t able to monetize hits like “Look at My Dab” until after the moment passed. Both Rich and the Migos are now with Quality Control Music. Just like that OKC team, all that talent left with little to show from its run.

Cohen has publicly challenged both Rich the Kid and Migos’ complaints about his former label. Cohen, who left 300 in 2016 to become Global Head of Music as YouTube, felt strongly about Rich the Kid honoring the initial contracts signed and the Migos’ inconsistency.

Is Cohen right? Yes. Contracts matter. But this is the era of artist empowerment. Rappers want the flexibility to renegotiate contracts and release music on their terms. And when things don’t go their way, they will tell the media and public about it (knowing full well that the public will side with the artist).

This dynamic frustrates industry veterans like Cohen who rose through the ranks when labels had more power over artists. The power shift shocked the system. While labels can’t (and shouldn’t) be pushovers, the most successful ones have adjusted by offering favorable and flexible terms, especially for its acts with superstar potential.

Meg joined 300 in November 2018. Without knowing the full details of her deal, we can assume it’s competitive since Meg had multiple offers. But it’s still on 300 Entertainment to coordinate the rollout for her debut album. The worst-case scenario would be for Megan to follow the unfortunate pattern of past 300 artists who didn’t release their albums in time to capture the peak of their popularity. 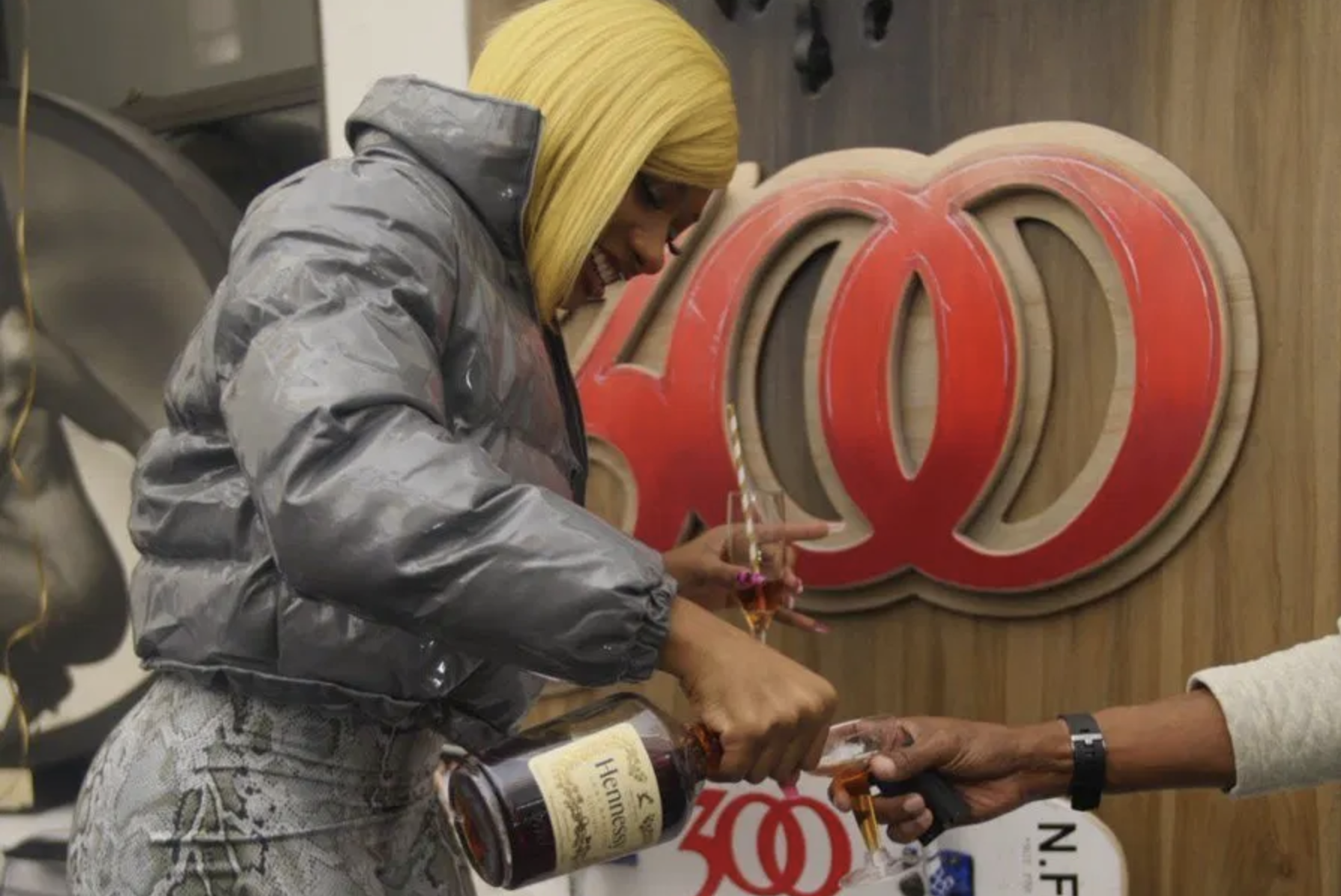 Here’s Meg celebrating her signing with 300. At the point, Hennessy should be trying to partner with Meg! It’s her drink of choice to drive the boat. (via karencivil.com)

Since Roc Nation now manages Meg, it’s in the company’s best interest to work closely with 300. Roc Nation has positioned itself as an industry leader. It has the staff to help Megan move quickly. I was surprised to find out that Meg didn’t file the Hot Girl Summer trademark until July 10! It should now be easier for the Houston rapper to move forward on tasks like that.

With that said, most of the entertainment company’s deals are limited in two ways. First, they’re heavily geared toward artists in the twilight years of their careers. (For instance, it had Jadakiss performed at a Roc Nation boxing matches, and Mariah Carey recently made the theme song for ABC’s new series Mixed-ish.) Second, these opportunities are often structured to strengthen Roc Nation’s broader ecosystem. Roc Nation wants its artists to perform at venues controlled by Live Nation, which re-upped its joint venture deal with Jay Z’s entertainment company in 2017. Roc Nation also wants its artists to perform at major sporting events, which increases the power and exposure for its agency, Roc Nation Sports.

To maximize Meg’s opportunities, both Roc Nation and 300 will have to focus less on their standard norms and more on what’s best fit for Megan’s brand. Meg’s been very clear about who The Hotties are. She’s intentional on how best to bring them together. Before she’s pitched with a particular opportunity, these organizations need to ask “Will The Hotties come out for this?” “Will this recruit more Hotties?”

Thee Stallion’s social media content strategy is a lens to her playbook. Her Instagram feed is full of videos with fans who “drive the boat“, concert appearances, twerk videos, fan interactions, and more. She’s done all the hard work. The best opportunities will allow her to be herself and continue fostering that fanbase.

Roc Nation’s NFL deal has been the company’s primary focus. I won’t be surprised if the company tries to get Megan Thee Stallion to perform in February’s Super Bowl halftime show. It’s an easy way for both Roc Nation and 300 to give hip-hop’s rising star a grand platform, but it’s a double-edged sword for a few reasons.

First it would contradict Meg’s current strategy of focusing on tasks that don’t scale. Meg joined Roc Nation to take her career to the next level, but there’s a few levels to hit before she performs on the biggest stage in entertainment. Second, the Super Bowl has negative network effects.

Here’s what I wrote earlier this year:

“In entertainment, the Super Bowl halftime show is well past the saturation point. Artists try to please everyone with widely-accessible shows. The end result is an overly-generic performance that’s a layup for critics to hate on. Even stars with more ubiquitous fandom, like Bruno Mars and Beyoncé, were still criticized after their Super Bowl performances.”

The blanket opportunities would give Megan a huge audience, but that’s not what she needs. She needs the right audience. Meg has put in work to cultivate a fanbase, brand, and following. And now that school’s back in session, she needs partners she can rely on who can keep that same energy.