Why Death Row Records Was Bound to Self-Destruct

Hip-hop often blames Death Row’s demise on the crime-ridden life it portrayed, but Suge Knight’s management theory was doomed from the start.

Charlotte rapper DaBaby has accomplished something that’s never happened before in hip-hop. He profited off of Suge Knight without Suge Knight earning a dime. “Suge” is DaBaby’s platinum single. The 27-year-old donned a buffed-up suit to impersonate the former Death Row CEO in the song’s music video, where DaBaby literally slaps “the shit” out of somebody. DaBaby pokes fun at Knight’s bullying and coercion tactics, all while living his own life full of ridiculous antics and altercations. It’s the type of tongue-in-cheek irony that you both love and hate to see.

In the 90s, Suge infamously earned money on the backs of everyone he crossed paths with. Those tactics were rooted in Death Row’s foundation. Knight wanted to own each part of his artist’s wealth. Even the megastars.

Death Row rose to unreachable heights then crashed and burned like a Shakesperean tragedy. By the end of 1996, Dr. Dre left the label, Tupac passed away, Snoop Dogg released an album that flopped, and Knight was behind bars.

The demise of Death Row is often characterized as a premonition of its crime-ridden persona. That was surely a factor, but the root cause stems deeper. Suge Knight wanted the power that came with big names, the control that came with total ownership, and none of the tradeoffs from either approach. Unfortunately for Knight, business doesn’t work like that.

A foundation built to implode

Suge Knight and Dr. Dre came together on a unified vision. Both experienced the cold world of the music industry and used brute force to combat it.

In the early 90s, Suge jammed up Vanilla Ice. The “Ice, Ice, Baby” artists did not give credit to one of Suge’s client who wrote several songs on Ice’s debut album. (Which isn’t surprising at all since the “Ice Ice Baby” beat was stolen from Queen’s “Under Pressure”). Suge stalked and intimidated Ice into signing over the rights to the song. Knight used that money to launch Death Row.

Suge and Dre jointly invested $250,000 to build Death Row on their terms. Neither wanted to lose out on owning their masters, recording rights, and publishing. Death Row sat on Dre’s classic album The Chronic for an entire year until they found the right distribution partner. When they eventually found Interscope, Knight was upfront about his desires.

From Justin Tinsley at The Undefeated:

“Interscope was a couple weeks from going bankrupt before they met me. Interscope wanted [Dr. Dre],” Knight once said. “I said, ‘Hey, I gotta own the masters. We gotta own the masters.’ They said, ‘How do you know about that?’ I said, ‘I know the business. We not gonna be the ones doing all the work and you get all the money and own it.’ Modern-day slavery. No different.”

That quote sounds like something a 2019 rapper would say prophetically on an episode of The Breakfast Club. Most rappers would have stopped there, but Suge took it further, which is where he messed up. 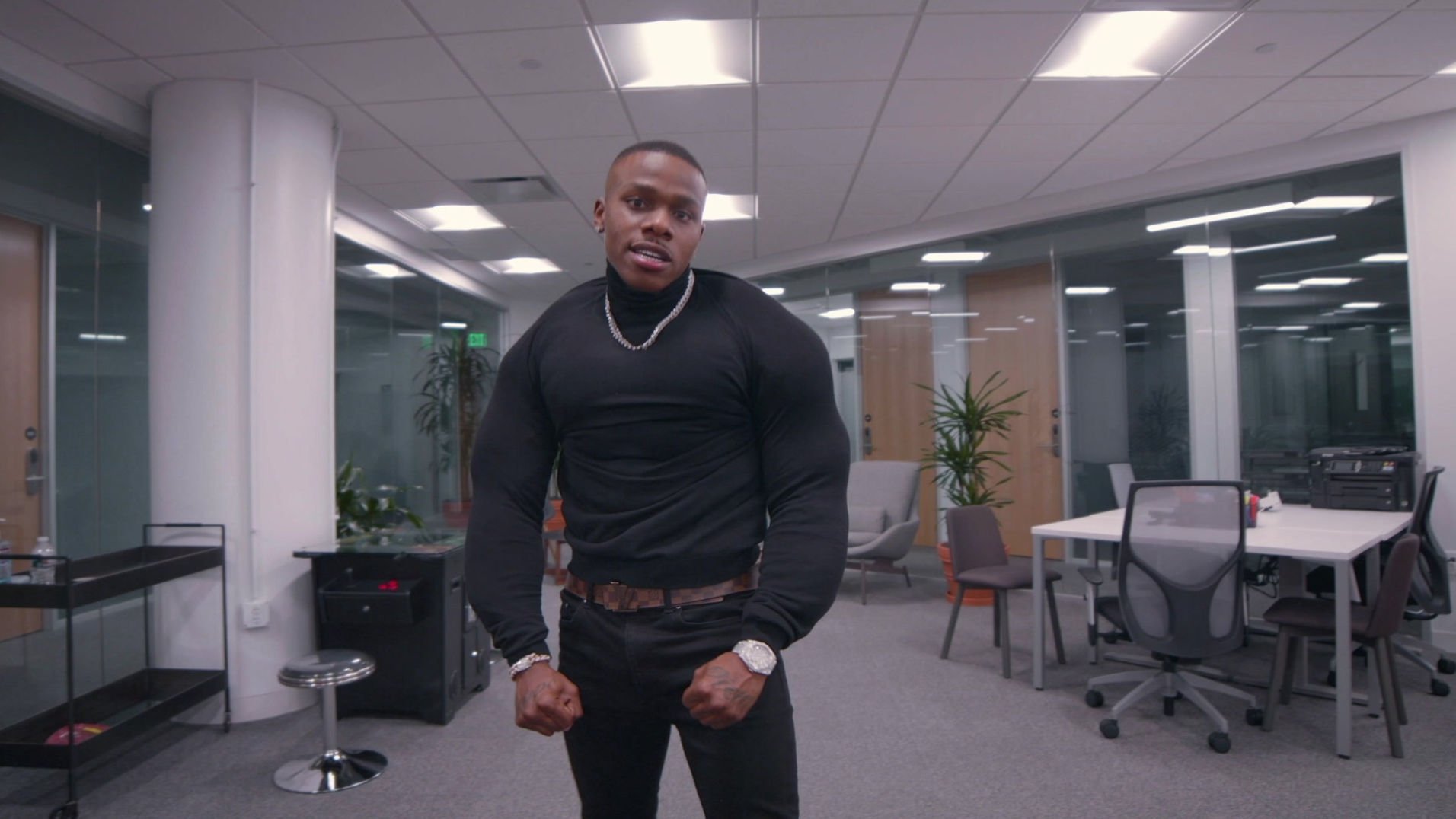 At this point, most labels have a choice to make:

But that’s not what Suge Knight wanted. He wanted the glory from both scenarios. He had his eyes set on controlling hip-hop’s grand prize– Tupac Shakur.

Knight publicly shared his allegiance for the slain rapper while Pac was locked up. Suge used his media platform to let it be known that the Me Against the World rapper was a friend of Death Row. Once Death Row—with Interscope’s help— bailed Pac out of jail, the rest was history. Tupac was indebted to Death Row, which further empowered Suge.

Suge ran Death Row like a neighborhood pimp. While no one should be subjected to his abusive nature, younger artists are typically more willing to deal with the bullshit. But Suge kept that same energy with Pac, Snoop, and Dr. Dre. It was only a matter of time before they parted ways.

Here’s Snoop Dogg in a 2018 interview on Arian Foster’s podcast:

“Suge Knight MADE money in rap. Master P PUT money in rap. Big difference. When I was on Death Row Records, we made a lot of fucking money. Suge Knight controlled it all. Everything was in his name. He controlled the money, distributed it out, and gave you what he felt you should have. We got a lot of money, but it may not have been what we were supposed to have.

Suge Knight’s biggest failure was his inability to accept tradeoffs or compromise. He started a label to combat the industry, but became a worse version of the problem that he wanted to address.

One of Death Row’s missed opportunities is its inability to expand beyond its ‘big three’.

Snoop’s comparison to No Limit Records highlights a notable difference. As I’ve covered in Trapital, both No Limit and Cash Money Records had strong ownership mentalities. Like Death Row, both labels negotiated favorable revenue splits with major labels and still owned their masters. But unlike Death Row, they both developed the raw, young talent on their rosters.

Master P got Silkk the Shocker and his off-beat bars to go double platinum. And Cash Money, despite its problematic business model, had enough structure in place for B.G. to go platinum, and for Lil’ Wayne to blossom.

None of that existed at Death Row. By 1996, the label had over 40 acts signed! Death Row had enough people signed to run its own Above the Rim-style basketball tournament, but the only ones who dropped solo albums in that time were Dre, Snoop, Tupac, and Tha Dogg Pound. It’s a damn shame.

Another big failure is ‘Death Row East’, an ill-fated attempt to expand the label’s brand to the east coast. Here’s a video clip with Tupac and Suge Knight at the 1996 MTV VMAs:

This was supposed to be a sales pitch. An east coast artist should have watched this and perked up at the opportunity to join Death Row. But Tupac spent his valuable air time hatin’ on Puff Daddy, Bad Boy, Nas, and the rest of the powers that be in east coast hip-hop.

Tupac passed away shortly after this, so he couldn’t live to see it through. But even if he did, Death Row East would have still crashed and burned. Pac and Suge wanted a hostile takeover, but Death Row had no clout to pull that off. The east coast / west coast beef was inherently tribal. Bashing east coast rappers is a foolish way to attract east coast rappers.

A better approach would have been to secure a few east coast artists who could stand alongside Pac and Suge at that interview. It would have shown traction. Death Row East could have still planned to overtake Bad Boy and compete head-to-head, but could have toned it down for the sales pitch. But that was unlikely to happen. Neither Pac nor Suge were ones to keep their desires close to the chest.

The best-case scenario for Death Row

Suge deserves some credit for landing Tupac, but he still fumbled the bag. Death Row had the potential to further capitalize on its run. Had Suge stopped the violence and bully tactics, Dr. Dre probably wouldn’t have left. Suge could have also taken more leadership to stop the feud between Dr. Dre and Pac. Suge sided with Pac, which deepened the rift. Remember, Dr. Dre walked away from Death Row; a company he had a 50% ownership stake in; a company that earned $100 million in annual revenue at its peak. And he willingly walked away with nothing to get away from Suge Knight. That’s how bad it got.

But let’s imagine a Death Row without Suge Knight. It probably wouldn’t have landed Pac, but there was more than enough momentum from Snoop and Dre to commit to the ownership strategy and develop the talent on its roster. Even if just two of the 40+ artists on Death Row popped, that would have extended the labels’ life beyond Dre and Snoop’s disappointing sophomore albums. It would have created enough buffer to ride a wave until Dr. Dre synced with Eminem, who would have joined Dr. Dre at Death Row. And years later, Em could have later brought in 50 Cent and G-Unit. That could have been the playbook for Death Row East!

Even if Death Row fell to the wayside by the late 2000s when 50 Cent and Eminem were past their primes, the label still could have had a healthy fifteen-year run. Death Row could have gone down as hip-hop’s greatest label ever.

It’s another hip-hop business “what-ifs?” Had Death Row not been run by a narcissistic sociopath, it probably wouldn’t have landed someone like Tupac. But the longevity would have outmatched that temporary rise. Death Row didn’t need an angel at the helm to reach its potential. It just needed someone that wasn’t Suge Knight.

Suge Knight has honestly become a bit of a folklore character in today’s culture. His acceptance speech at the 1995 Source Awards now feels like a pop culture relic from a coming-of-age hood movie, like Doughboy’s “We got a problem here?” clip from Boyz n the Hood. The portrayals of Suge Knight in Straight Outta Compton and All Eyez on Me seem absurd. But that was honestly the only option.

In a 1993 interview with the Los Angeles Times, Suge was upfront about his goals:

“What you got here is a young, black-owned company that knows how to spot talent and make hits. We’re two street guys from Compton who are going to shake this industry up.”

As his power rose, he doubled down in a 1996 New York Times interview:

“There’s a billion dollars on top of a hill. And we’re running. We’re not getting distracted. We’re going to get our prize. It’s important, to keep your eyes on the prize.”

Technically, Suge accomplished that mission. He had rap’s best artists and best producer. They made hits and shook the industry up. But Death Row wasn’t built to last. The tradeoffs caught up with Suge Knight, whether he accepted them or not.