Before we start, I’d like to remind everyone that Trapital’s membership is intended for a single recipient. Sharing a membership with another person is against Trapital’s Terms of Service. It’s not fair to the rest of you who pay for individual or group memberships.

I will send another note out about this in the weekly article.

Off-White has followed the rise of many streetwear brands that have blown up. Some reports value the industry at $300 billion and rising. The surge has come on the heels of influencers. Abloh has teamed up with Kendall Jenner, Gigi Hadid, and others to increase exposure and build hype for his products.

The fashion industry, hip-hop, and streetwear took notice in 2017 when PE firm The Carlyle Group bought a 50% stake in Supreme. It’s not a surprise that a big buyer is attracted to a powerful brand, but streetwear culture is a different beast.

A firm like Carlyle wants to earn a quick ROI—especially since these brands rely on hype—a short-term, intangible asset. In 2013, Carlyle bought a 50% stake in Beats by Dre for $500 million. Eight months later, it sold its stake to Apple for $3 billion (which led to Dr. Dre prematurely calling himself hip-hop’s first billionaire and this hilarious video of Tyrese Gibson crip-walkin to celebrate).

There’s a limited window for a PE firm to maximize its investment in a streetwear brand. Cost-cutting and growth strategies need to be executed while the brand is still hot. I’m low key surprised that Carlyle hasn’t sold its stake in Supreme yet. The brand is still as big as ever, but how long will that last?

The New Guards Group-Farfetch partnership may face a similar challenge, but the dynamic is different. Fartech is not a PE firm trying to flip this company. It’s an online retailer with a loose budget. Just last month, Conde Nast pulled its £234 million investment in Farfetch over concerns of excessive marketing spend. Its stock price dropped 40% after the $675 million acquisition on New Guards. Investors are worried. Revenue has increased, but the brand’s customer acquisition costs continue to rise with it.

Here’s a chart from Vogue Business: 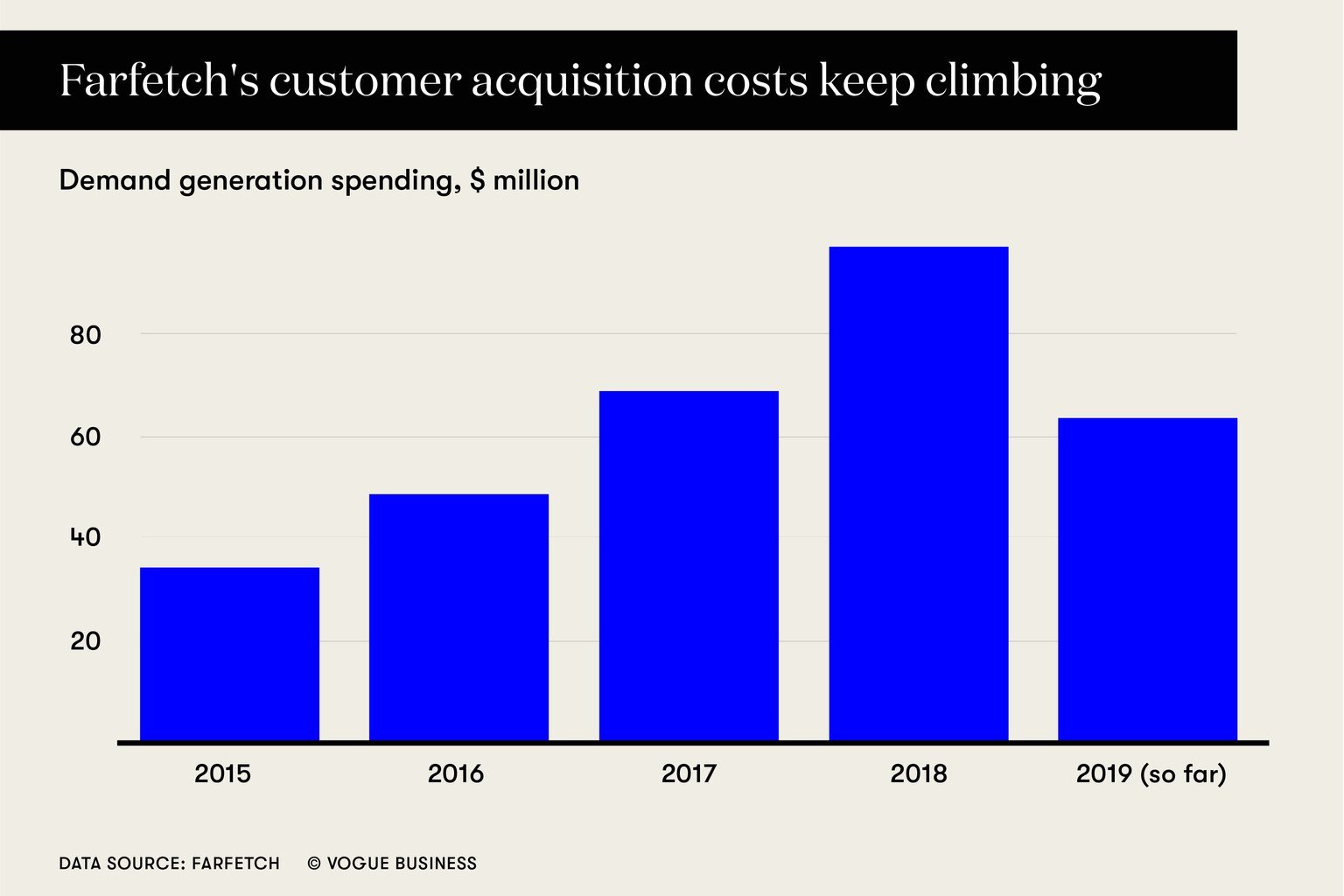 How will this bode for Off-White? The deal will ideally extend Off-White from a predominantly wholesale brand to a DTC brand. It can gain more data and build relationships with core consumers. But given Off-White’s popularity, New Guards Group could have secured a similar deal with other brands, especially one that isn’t hemorrhaging cash. LVMH and others expressed interest in acquiring the firm.

The good thing for both Off-White and New Guards Group is flexibility. It’s an exclusive licensing deal, not ownership. Virgil still maintains control of Off-White, while New Guards can still benefit from the brand’s massive success while keeping the broader pulse on the other brands it has licensing rights for.

But time will tell if Farfetch can deliver on its value-add. I am skeptical given the company’s financial position. I would have taken a discount to be acquired by LVMH instead, but who knows how far off the numbers were.

How Pop Stars Are Benefitting From the Netflix Boom – The Hollywood Reporter
Music licensing deals (syncs) are nothing new, but Netflix’s content boom has brought new opportunities. These type of deals are up over 5% from last year. A big feature, like Jay Z’s “U Don’t Know” in Ava Duvernay’s When They See Us, can net $40,000-50,000 checks. Smaller acts often get left with a slice of the budget at $500 – $1,000. The push for multicultural content, like Netflix’s Strong Black Lead category, should fare well for hip-hop artists.

If you’re a music director, would you rather “splash” your budget on one big song a or spread the budget evenly? Equal distribution might sound great in concept, but if you can splurge on a big name song, then make it happen. It makes entire the soundtrack more memorable and raises awareness on tools like Tunefind—a website that helps people find the songs from a TV show, movie, or video game. It’s harder for a group of moderately-known artist’s songs to pull that level of recognition off effectively.

Eventbrite Steps Up its Music Game with New Hires – Billboard

The ticketing company—which positions itself as the ticketing outlet for “not birthday parties and not Taylor Swift in Madison Square Garden, but everything in between”—has made a slew of new hires for the Eventbrite Music division. These hires come from Yelp, Pandora, Live Nation, and elsewhere.

The key theme is distribution. Eventbrite went public last year and has made a concerted effort to integrate and embed its ticket service with distributors that can access customers. As more musicians enter podcasting, live events, and other small concert series, Eventbrite should continue to secure this middle space.

NBA All-Star Damian Lillard has proven that his rap game is a little more than a side hustle. He wants to win a Grammy. Not as bad as he wants an NBA title or MVP award, but he still wants it. He shared his thoughts on TMZ, “I think it all comes down to the support. I know how big play listing, and being able to get on those playlists is. I’ve gotten the support from my peers. I know they’re listening and really respecting it.”

Despite Dame’s best wishes, it’s probably not gonna happen. Not cause he can’t rap, but because he lacks distribution. Yes—one of the NBA’s top 15 players, highest-paid players, can’t release an album alone on an independent label and except his fellow celebrity friends to fuel the surge. He needs more than a spot on RapCaviar. He needs the backing of a distributor or big label to make it happen. His 2016 studio album The Letter O only reached #116 on the Billboard 200, and his second album Confirmed, didn’t chart. It’s an uphill battle.