Today’s stars partner with global companies to maximize distribution, but it places hip-hop’s entrepreneurial efforts in a dependent cycle. 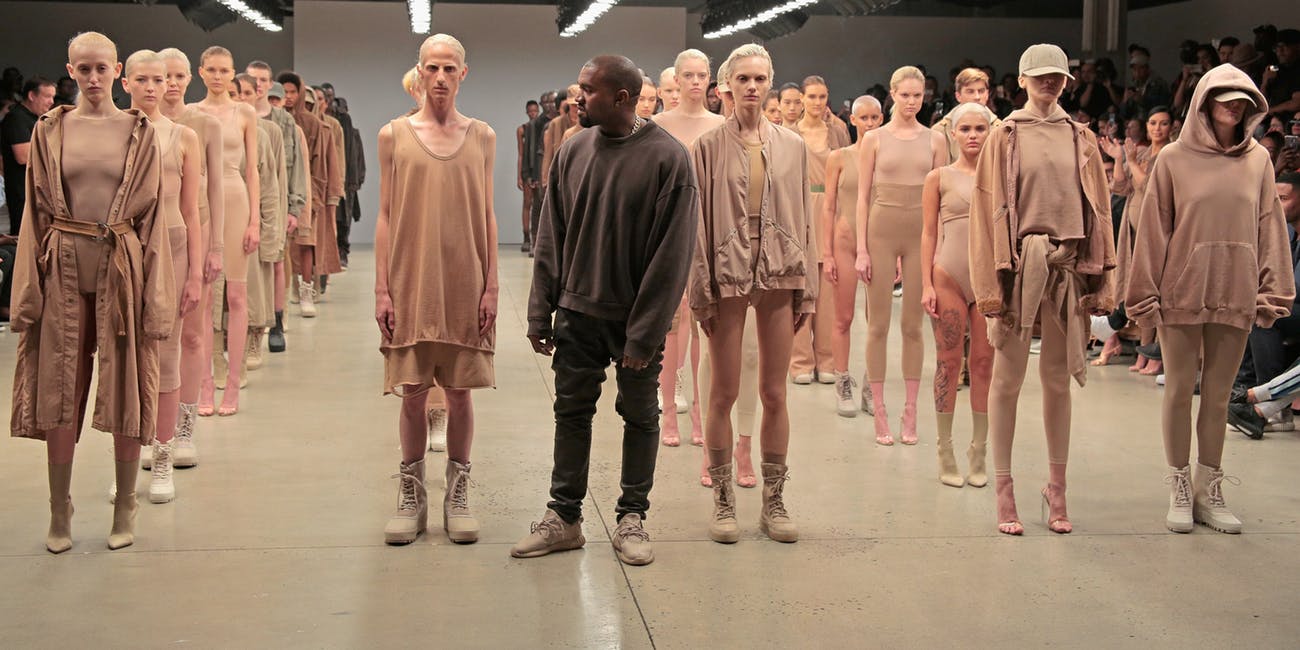 Last week, hip-hop fashion pioneer Dapper Dan stopped by The Breakfast Club to promote his new book, Dapper Dan: Made In Harlem: A Memoir. The 74-year-old designer made headlines when he explained why hip-hop artists should partner with large companies before starting their own:

“Our culture is very powerful so if we want a luxury brand we have to have distribution that’s powerful enough that we can get our brands in [other] countries.”
“We are the influencers and our ability to influence goes around the world. I’m not just concentrating on just getting this black money here. Why I can’t get that global money if I [have] that global culture?”

And last night, I saw Dapper Dan speak at an Andreessen Horowitz event where he doubled down on these comments:

His logic implies that black-owned businesses are limited in scope and therefore, lack global distribution. That notion might seem discouraging, but Dapper Dan’s not alone in that thought. His position reflects hip-hop’s current ideology.

The most-hyped hip-hop business deals are the major partnerships with popular brands. These deals provide artists with large checks, mass distribution, and heightened awareness in markets they might not otherwise reach. Artists place a high value on these deals too, often in favor of their personal business interests. Beyoncé released Homecoming on Netflix, not Tidal—the company that both she and her husband own a stake in. Diddy just announced that he will bring back Making the Band back on MTV, not Revolt—the TV network he has since started.

These partnerships give Beyoncé and Diddy the financial means to support other interests, like launching new ventures and supporting other black-owned businesses. But these partnerships have also made the big-name companies stronger than ever. This dynamic raises a looming question about hip-hop’s business growth: Does the rising tide lift all boats? And if it does, can new companies ever catch up if they are primarily funded with money left over from the big-name partnership deals?

Dapper Dan’s business perspective is a lot like Kanye West’s. Before Yeezy became a $1.5 billion brand, Ye was questioned often about why he fought so hard to break through Europe’s high fashion circles. West claimed that he wanted his brand to have more influence, which is a byproduct of strong distribution. His infamous 2014 interview with Sway Calloway where he yelled “it ain’t Ralph tho!” speaks to his mentality.

Kanye tried to model himself after Jay Z, who has had his greatest financial success through partnerships. When major labels didn’t sign Jay Z in the mid-90s, Roc-a-Fella took it upon itself to put Jay on. The Roc, and all its brand extensions, thrived in hip-hop’s entrepreneurial heyday of the late 90s and early 2000s. But once Jay Z and Damon Dash split, Hov changed his approach. In 2004, Jay Z became President of Def Jam and reclaimed ownership of his masters. In 2008, he did a landmark 360-deal with Live Nation, which financed the launch of Roc Nation and allocated at least $25 million to fund Jay Z’s personal business acquisitions and investments.

Ever since that deal, Jay has used his dollars and platform to support black businesses and causes. In the past two years, he’s announced a new app that locates black-owned businesses, invested in a black-owned vegan cookie company, and partnered with a cannabis company to make criminal justice reform a central part of its work. He also supports black-owned products with high sticker prices like, like Nipsey Hussle’s $100 mixtape and Big Baller Brand’s $495 sneakers (which are now apparently on clearance).

The overall pie grows with each turn around the cycle.

One of hip-hop’s most successful entrepreneurs is Master P. Since the 90s, he’s been a symbol of ownership. He’s at the top of the value chain in most of his deals. He relied primarily on his own distribution channels through No Limit Entertainment for his films, TV shows, apparel, and entertainment deals. The dollars associated with his deals are smaller than his partnership-focused peers, but P takes home a larger revenue share. He then uses his extra money to give back to his hometown New Orleans and support other causes.

The 49-year-old mogul still partners with other companies, but he shies away from deals where he gets a smaller share than his business partners would. Instead, he criticizes those deals. He’s been a loud critic of Black Panther. He claims that the superhero movie did not benefit the black community because most of the revenue went to the film’s producers, Marvel Studios and its parent company, Disney.

Folks like P also get neglected by hip-hop’s risk aversion. Business deals with respected entities instill confidence—regardless of whether it pays off. While Fortune 500 companies pejoratively use the phrase, “no one ever got fired for hiring McKinsey,” hip-hop has its version: “No rapper ever took an L for partnering with Nike.” Both statements clearly have their issues, but they speak to the comfort and perception of safe bets.

But despite the lack of coverage Master P gets, his approach has its benefits. His self-starter push disrupts the dependency that hip-hop’s black-owned business success is reliant on hip-hop’s success with larger companies elsewhere. That empowerment carries influence and will always resonate with many. And from a business perspective, Master P has more control. He might not get the major brand association and prominent press features that Kanye West does, but P has far more control over his net worth and future business decisions.

He’s cut from the same cloth as Tyler Perry. Both are New Orleans-bred businessmen who bypassed the traditional gatekeepers and created a seat for themselves at their own tables.

Fifteen years ago, big hip-hop partnerships were few and far between. That’s partly driven by hip-hop’s maturation, but it’s also a cyclical change. Several factors may trigger a shift back to the entrepreneurial days of old. An economic recession could easily cause large brands to restrict budgets once reserved for celebrity partnerships. In turn, artists would have no choice but to pursue these paths on their own. The shift may also come from the next generation. If hip-hop’s next top acts have a strong ownership mentality, it will influence others.

We saw that happen with Jay Z. He’s widely considered the greatest rapper ever, which strengthens his business mentality. Master P never got that type of reverence. He was more known for his business prowess. (As I’ve said before, P’s greatest feat is maximizing revenue from artists with limited talent).

But even if hip-hop’s mentality started to shift, it would take years for the impact to be felt. Distribution is a long game. It’s taken Netflix and Amazon two decades to get to the levels they are at today.

Now that today’s rappers have tasted the benefits of global distribution, it will be tougher than ever new entrants to catch up. Lil’ Baby recently said that his real fans are in Europe. His comments surely angered his base in the U.S., but several of his peers probably feel similar. It’s in the Atlanta rapper’s best interest to partner with brands that can maximize his reach in markets he is most popular in. If he waits too long, those opportunities might be gone.

This dynamic is an extrapolation of an age-old question:

For Jay Z, if Roc Nation is “second place” and Live Nation’s “first place,” then the obvious answer should be “yes.” For Dapper Dan, the “first place” team is Gucci, and the answer should be “yes” as well. But if folks like Master P don’t question the major deals, then black-business ownership might become too dependent on the existing infrastructure. Even if the overall dollars don’t add up today, the pursuit to “create your own table” is how innovation happens.

There are clear tradeoffs with both. But if either side won out and eliminated the other completely, hip-hop would be at a loss.

This article was discussed on the Trapital Podcast: The Hip-Hop Partnership Flywheel