How Billboard Can Fix the Album Bundles Issue 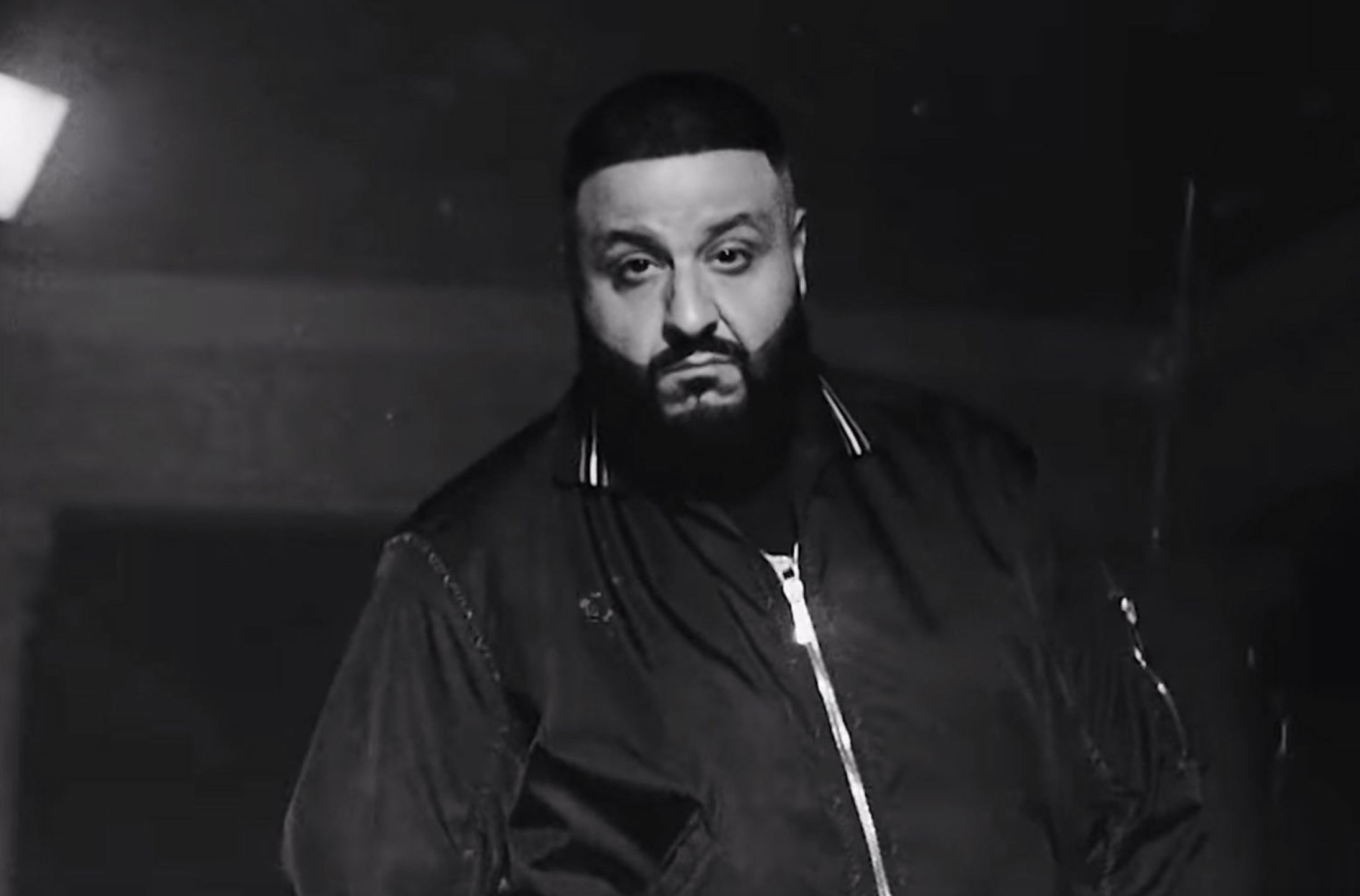 It’s time for the Billboard 200 to place more weight on streaming and less weight on album bundles.

The Billboard 200 has never been perfect, but lately it’s become a joke. It rewards those popular enough to sell records, yet smart enough to finesse a broken system.

Ironically, those who’ve complained the most have tried to game the system but fell short to those who gamed it better. That’s why DJ Khaled lawyered up against Billboard. If his disqualified energy drink bundles counted toward his first-week album sales, then Father of Asahd would have outsold Tyler, the Creator’s Igor. It’s also why Nicki Minaj publicly scolded Travis Scott last year for his promotional tactics that pushed his Astroworld album past her Queen album.

Khaled and Nicki were both salty, but their comments are a symptom of Billboard’s flawed system. Billboard’s desire to preserve album sales has turned first-week sales numbers into a contest to create heavily-subsidized bundles that won’t piss off the industry.

Billboard says that it plans to tighten its rules on merchandise bundling, but it needs to make meaningful changes. More value needs to be placed on streaming. In turn, this would devalue album sales and curb the reliance on bundles. The streaming era has turned the music industry upside down. It’s time for its primary performance tool to get with the times and do the same.

These bundles combine items that superfans want (e.g. merchandise) with items that artists want to sell but fans don’t need (e.g. physical/digital albums). It’s like a cafe with mediocre coffee and reliable Wi-Fi. Sure, it might be jam-packed with customers. And yes, coffee sales are probably strong. But we all know what would happen if the internet cuts out.

Currently, it takes at least 1,250 streams to equal an album sale on the Billboard 200. On ad-supported streaming services, it’s 3,750 streams. An album sale counts as long as it’s sold for at least $3.49 or bundled with another item where the digital album is priced as an add-on. Also, the consumer must opt-in to show intent to consume the album by redeeming a code or a similar measure.

Last year, I bought Meek Mill’s Championships bundle. I spent $3.50, got a redeemable code for the digital album, and got a free six-month trial to Tidal. Looking back though, I can’t tell you whether I actually listened to the digital album I bought or just streamed it directly.

The whole thing is ridiculous, but it’s easy to see how Billboard got here. The current methodology helps account for the difference in revenue for streams vs. albums. It also helps equalize chart placement for genres of music where streaming has yet to take over, like rock and country.

But no one metric can fairly measure for revenue, equalize for consumer behavior differences across genres, and accurately represent the current music landscape. The numerous objectives make it easy to find loopholes and manipulate the system.

Streaming’s business model still has its issues, but that’s not Billboard’s job to fix or normalize for. That’s for the record labels, DSPs, and artists to negotiate. Instead, the weekly charts should focus more on the consumption of music. The average music fan doesn’t even stream 1,250 songs in a month. If that average song is four minutes, that’s over 80 hours of music– much higher than the 25 hours of content per month that Spotify reports that its average subscriber listens to.

Streaming makes it easier than ever to track consumption. In the music industry’s “hey-day,” consumption was inferred from album purchases, radio play, and media attention. Artists had no objective way to know if their albums stayed in heavy rotation or got listened to once then got stashed away in an old shoebox under the bed. (I know I’m not the only one who used shoeboxes for the albums that didn’t make the cut for CD tower or binder…)

Now that consumption can be better measured, Billboard should take advantage of this opportunity instead of diminishing its importance. Many folks in the industry feel strongly about this. Here’s a quote by Jim Urie, former head of Universal Music Group Distribution, in a recent interview with Variety:

“I absolutely believe that a straight streaming count should be the chart methodology at this point in time. Streaming was close to 80% of the U.S. market last year, and it’s only going higher.  I don’t know why we just don’t jump into the future. There is no competitive advantage to bundling; every label is doing it now. I believe the industry just has to wake up to the reality of streaming.”

Here’s Khaled’s bundle that didn’t make the cut. Apparently, Shop.com (screenshot above) encouraged bulk purchases to “push DJ Khaled and Market America to No. 1!” The blatant ask resulted in disqualification.

Here’s what Billboard should propose:

Artists can still sell a bundle if they choose to, but it will now count for less than it did before. This will change how artists market their albums. If a fan wants to use their dollars to directly support their favorite artist, the best way is to buy a standalone album. There’s still an opportunity for artists to manipulate this solution, but the change in value will make it less advantageous to do so.

Equalizing streams is a less-discussed but related issue. This proposal would revert a recent change that Billboard made in May 2018. Here was Billboard’s original rationale for the weighted tiers for paid vs ad-supported streams:

The shift to a multi-level streaming approach to Billboard’s chart methodology is reflective of a global push to measure streams in a revenue-reflective and access-based manner.

The revenue point is true. There is a global push to better measure this. But that’s not the Billboard 200’s job. From a consumption perspective, it still takes the same four minutes to listen to a song—regardless of whether it’s on a paid or ad-supported service. And since many paid subscription services are heavily subsidized through free trials, family plans, and pricing differences across markets, the tiered approach is a bit irrelevant.

This solution will make some folks happy but frustrate others. Many artists have viewed bundles as a loss-leading business expense to ensure high chart placement, which has an expected ROI for future opportunities.

Let’s say that Travis Scott had an operating loss of $5 million for all his clothing bundles for Astroworld. His team likely views it as money well spent. I doubt Travis would have performed at Super Bowl halftime show if Astroworld wasn’t a commercial success.

But with these proposed changes, Travis Scott’s team can still execute an effective merch rollout. Fans will still buy merch even if it’s not tied to album sales.

Some labels will also push back on the decision to equalize streams across paid and ad-supported platforms. But (again!) it’s not Billboard’s job to account for the revenue difference across platforms. The cure for disruption is not to diminish its onset.

Here’s a video of some hypebeast who bought every piece of Astroworld merch. Maybe he should clean his room once he’s done.

There’s a future where the Billboard 200 will rely solely on streaming, but we’re not there yet. Billboard should look at this as the first step in a graduated process.

If meaningful changes aren’t made in this upcoming revision, Billboard may lose its role as the authority on album sales. In some ways, it’s already happening. Each DSP already reports its year-end numbers and makes it public when an artist’s new album breaks a streaming record.

The longer Billboard waits, the more likely that another service tries to replace it. The rest of the music industry has been disrupted by new entrants. It would be naive to think that Billboard, the longstanding incumbent on performance measurement, can maintain its spot if it continues to hold onto the past.

This is the online version of Trapital, the media company that helps you level up on the business side of hip-hop. Join the movement. Get strategic insights in your inbox.