Why the Black Sketch Comedy Needs to Come Back

Hip-hop culture drives Saturday Night Live, but there’s opportunity for another show to focus where SNL and others don’t. 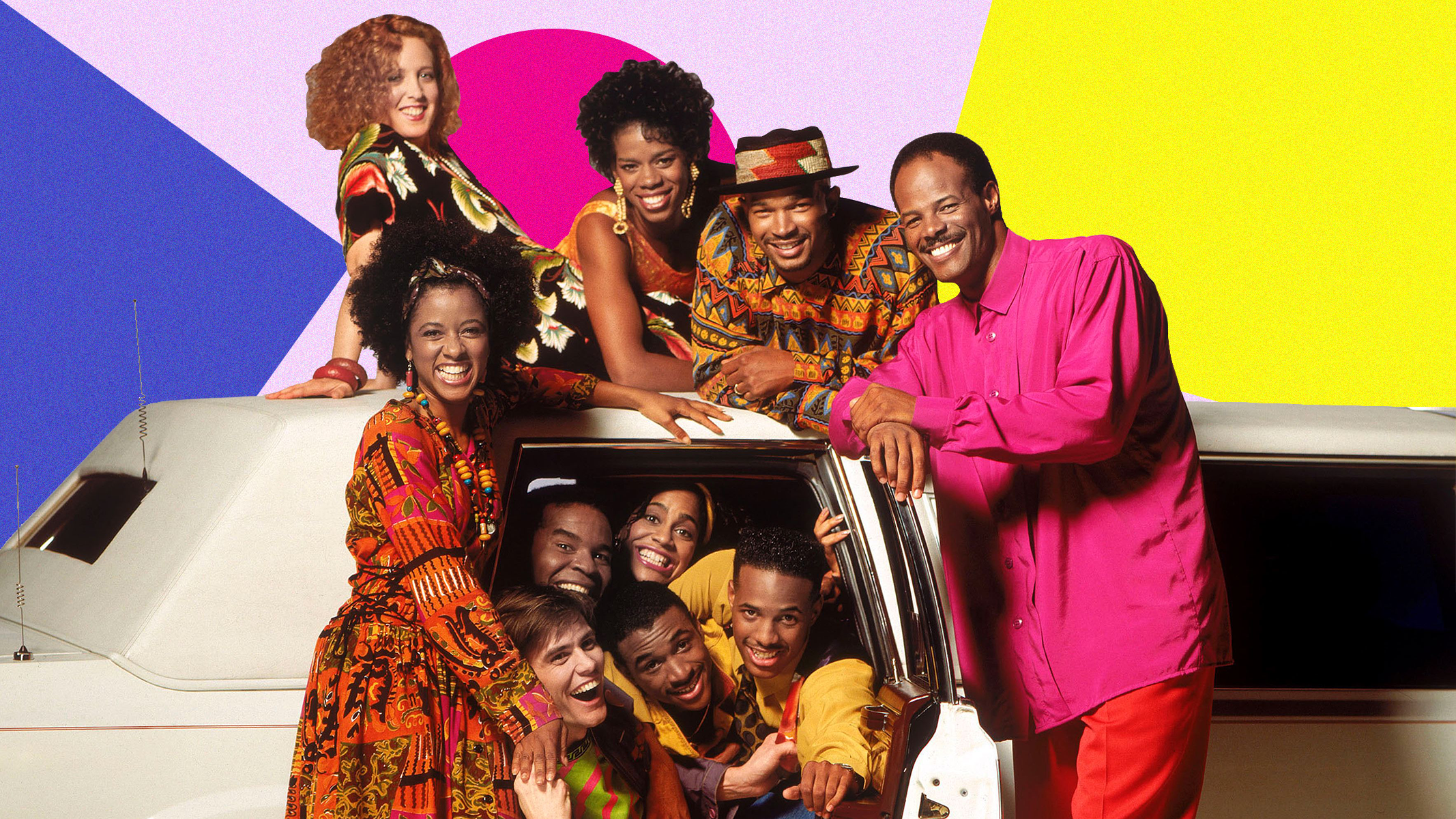 The Emmy award-winning series was full of edgy and racial skits like ‘Homey The Clown’ that would never air on Saturday Night Live. Since In Living Color, shows like Chappelle’s Show and Key & Peele carried the baton for showcasing sketch humor that was hip-hop inspired and unapologetically black.Two months ago, Jim Carrey said that In Living Color—the 90s hit sketch comedy show—needs to make a comeback. “That show really needs to happen! That show needs to exist. Especially now, man. There’s so much to eat up and spit out so I’d love to see it reconstitute itself in another form.”

But despite the recent boom in diversity across all forms of entertainment, there’s no seminal, cultural, sketch comedy to feed the streets. The focus has temporarily shifted to Netflix and HBO comedy specials. Every comedian wants that Dave Chappelle-seven-figure-money from one of the streaming titans. Sure, Tiffany Haddish, Hannibal Burress, and Amanda Seales can lock those deals down, but there’s plenty of rising talent to fill a sketch comedy show’s lineup.

SNL has received its fair share of criticism for a myriad of issues but maintains its relevancy on the heels of the culture. Black Jeopardy with Chadwick Boseman and the ‘Friendos’ Migos spoof were two of last season’s most popular skits. This season, four of the six musical guests have been hip-hop or R&B artists. SNL’s exposure is great, but the longstanding show’s desire to ‘placate to a wider audience’ leaves an empty space for most culturally relevant humor.

Networks and streaming services should be competing for the worthwhile opportunity to profile young black talent and launch the next hit sketch series.

Today’s entertainment landscape is infused with themes from past black sketch comedy shows.

The opportunity is there

An In Living Color reboot got traction in 2011 but talks ended less than a year later. Keenen Ivory Wayans, the show’s original creator, gave his rationale for the short-lived revival in an interview with the New York Post:

“The bar for ‘In Living Color’ is so high that, if I didn’t feel like we could sustain that, then I did not want to move forward. I just feel like we’re in a different time. The talent pool is different, and I don’t think that type of show works nowadays. The level of talent required doesn’t exist. Not that this generation isn’t talented, but they’re just talented in a different way.”

Wow. That “talent pool” response reads like a tech company’s statement after its employee diversity stats are publicized. It is especially disconcerting since the 2011 revival cast included Lil Rel’ Howery, who now has his own sitcom on Fox.

Despite the missed opportunity, the case for a similar show is even stronger today. Most of today’s popular shows with predominantly black casts, like Atlanta, black-ish, and Insecure, have broken rating records and won several awards. Each of these shows is watched by a majority non-black audience—squashing the long-held belief that only black folks watch these shows. Even Empire, which drastically fell off after its first season, still earns over $225,000 from each 30-second TV ad—fifth-highest in 2018. (sidenote: if all y’all supposedly “stopped watching Empire” then how is it still the fifth-highest? Just sayin’…)

SNL commands an impressive $200,000 per ad spot, but the online performance of its video segments are pale in comparison to Key & Peele’s clips. The top 10 most-watched clips from Keegan-Michael Key and Jordan Peele’s cult classic show have been viewed over 456 million times total on YouTube, compared to just 292 million for SNL’s top 10.

It’s not that surprising. Key & Peele went where SNL didn’t. The duo’s intelligence and comedic craft was a timely breath fresh air. The most-watched Key & Peele skit on YouTube is the clever Substitute Teacher sketch. Meanwhile, SNL’s most-watched skit is a low-brow bit from 2004 on a Harry Potter spoof centered around Lindsey Lohan’s ‘growth spurt.’

Despite its strong online viewership, Key & Peele did not perform as well on Comedy Central’s cable channel. It averaged less than 2 million views per episode. The Verge put it best, “the trouble with Key & Peele is that, seemingly by accident, it became a web series financed by a major cable network.” The next sketch comedy series can address this issue by linking up with a network or service that is optimized for today’s viewership trends.

Today’s entertainment landscape is infused with themes from past black sketch comedy shows. Hamilton’s style of hip-hop storytelling can be traced back to MTV’s short-lived hip-hop sketch comedy The Lyricist Lounge Show. SNL’s ‘Black Jeopardy’ is a safer version of Chappelle’s Show’s ‘I Know Black People’ skits. The legacy validates the opportunity for the next show to leave a lasting impression.

In Living Color relied heavily on the creative vision of the Wayans family, but today’s skits would have endless places to source from. Social media is a great start. In August, I wrote about the opportunity for another outlet to revamp Jimmy Kimmel Live’s Mean Tweets Hip Hop Edition by leveraging Black Twitter and social media. The sentiment holds true with sketch comedy.

The Lyricist Lounge Show was WELL ahead of its time. But this video quality is not. 2001 wasn’t that long ago… (via YouTube)

If a black sketch comedy had an episode this week, the skits could write themselves: Jill Scott viral performance, Fashion Nova’s launch party and its growing influence on Instagram, and Destiny’s Child singer Michelle Williams cringe-worthy interview with her fiancé. And that’s just scratching the surface.

For musical guests, there are plenty of hip-hop artists to choose from. The ideal level of artist is someone who would get interviewed on The Breakfast Club. Most of their guests are big enough to draw half a million online streams but are less likely to turn down the offer in lieu of broader promotional opportunities.

This week, Anderson .Paak would have been a great choice. His new album Oxnard dropped today. The “Am I Wrong” singer has been on an expansive promo run. He’s not quite mainstream enough for SNL’s taste, but can still hold his own.

Today’s sketch comedies need to perform well as individual skits. The productized approach is a much better fit for on-demand viewing. Only a handful of networks and services can pull it off effectively though.

Cable networks would fall into the same trap that Key & Peele did. Broadcast networks like Fox and ABC provide the highest accessibility, but there’s a risk they might sanitize the content, which would build turmoil. In Living Color ended because of conflicts between the Wayans family and Fox over creative control. More recently, ABC pulled an episode of black-ish because of ‘creative differences.’ Content creators don’t want those problems.

The best suitors are premium services like Netflix, HBO, Hulu, and Amazon Video that offer more freedom with their content. Netflix and Shonda Rhimes already have eight new shows in development. The streaming company has made several entries into hip-hop with shows like Hip-Hop Evolution.

HBO and Netflix have already optimized distribution for their satirical news series Last Week Tonight with John Oliver and Patriot Act with Hasan Minaj, respectively. Both shows widely available on YouTube. A sketch comedy could follow that same formula.

The dark horse is ‘Disneyflix.’ The media and entertainment conglomerate’s upcoming streaming service is set to launch in late 2019. The properties Disney owns include several predominantly black shows and movies, including black-ish (ABC), Black Panther (Marvel Studios), and Empire (Fox). This week, Disney’s Toy Story 4 movie trailer released. It was a reaction trailer from none other than Key and Peele. Disney will likely have a few shows ready for the Disneyflix launch. A sketch comedy series could already be in development. Viewers of all races want to see bold, fearless, black sketch comedy. There’s no need to ‘placate to a wider audience.’ Instead of asking which network will step up to the plate, the better question is which network will lose out by assuming that only black people watch these shows?