Every Monday, Trapital's free weekly memo will give you insights on the latest moves in the business of hip-hop. Sign up to stay ahead of the trends: 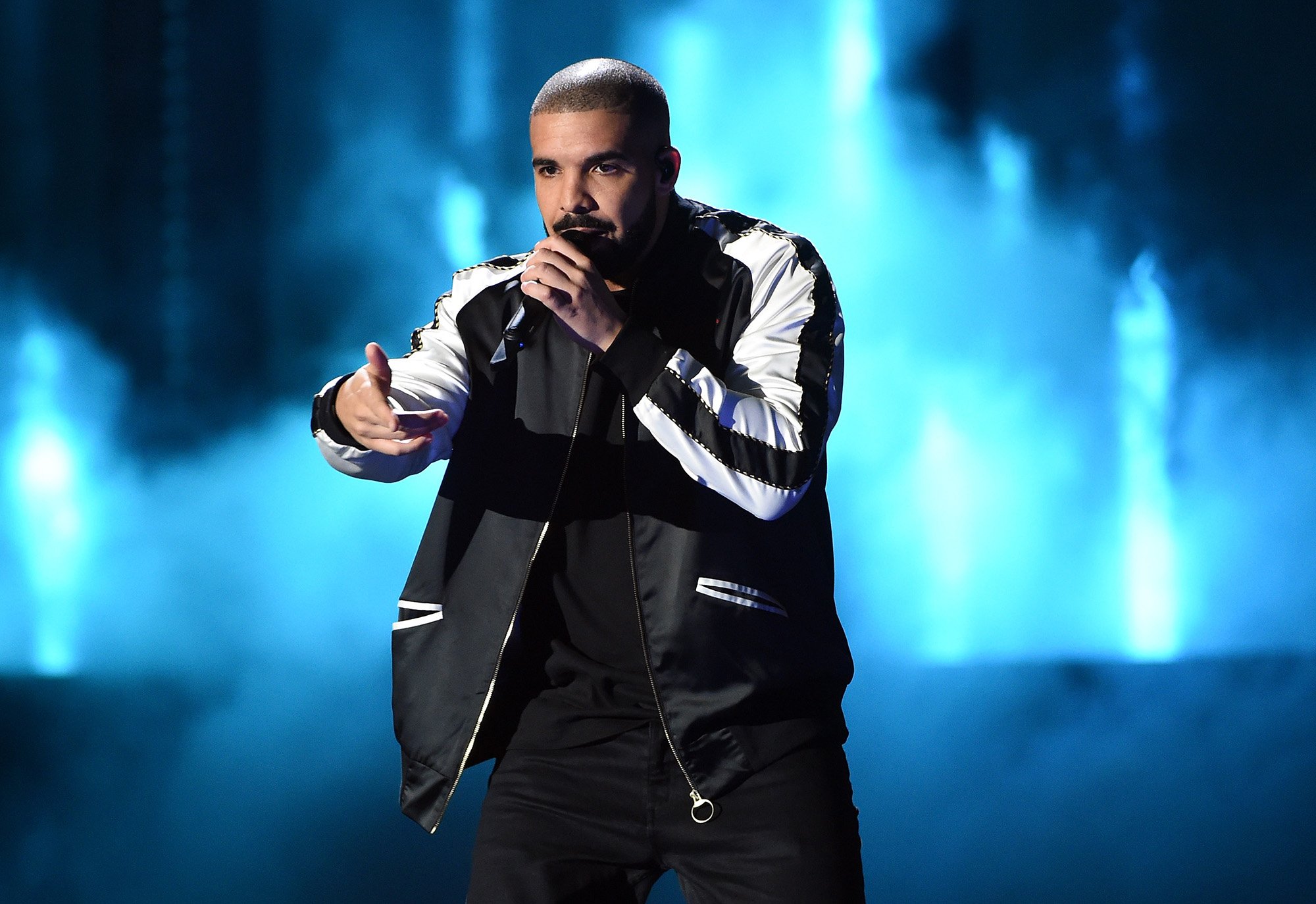 OVO Sound, Drake’s record label, has spent the last few years putting the finishing touches on a bankable machine. Drake is one of the biggest hip-hop artists ever. His latest release, Scorpion, is proof that he can secure any bag he wants. The 31-year old rapper is dominating the Billboard Hot 100, Spotify playlists, and social media platforms in historic fashion. Drake has been setting records his entire career, but the bankable machine wasn’t always this polished.

A few years ago, Young Money Entertainment and OVO were indecisively seeking the best of both worlds. Drake’s Take Care (2011) and Nothing Was The Same (2013) sought both commercial success and critical achievement. The albums went multi-platinum, and Take Care won a Grammy award, but neither album is considered a classic. Ever since then, Drake has shifted his strategy to focus solely on commercial success and less on critical acclaim.

In 2015, he released the trap-influenced mixtapes If You’re Reading This It’s Too Late and What A Time to Be Alive with Future. That same year, he also released the Meek Mill diss track “Back to Back”, viral anthem “Hotline Bling”, signed a $19 million deal with Apple Music, headlined Coachella and Governor’s Ball, and continued building hype for Views (2016). It was the most successful year of Drake’s career at that point.

In 2016, his net worth jumped nearly 50% to $120 million. Between If You’re Reading This It’s Too Late, What A Time To Be Alive, and Views, he sold nearly 10 million albums combined. Views was received less favorably than Take Care or Nothing Was The Same, but Views has sold almost as much as both albums combined.

Once Drake embraced his core competency (achieving commercial success with mediocre albums), his success rose. More Life (2017) was Drake’s “playlist” between albums that still set numerous streaming records. Scorpion went platinum in a day and has already gotten mixed reviews—exactly as intended. Drake has become even more bankable, leveraged his scalable fanbase, and built partnerships to increase his accessibility. The well-oiled machine shows no signs of slowing down, but how long can the 6 God keep this going?

“I was pitched by the Grammy’s to cancel two shows and fly and go sit in the audience to lose because they don’t air the other rap awards on TV. I would have left 30,000 people hanging to sit there and just be there for their own ratings you know?”
– Drake, interview with DJ Semtex on why he didn’t attend the Grammy’s when Views was nominated, 2017

The journey to becoming bankable

Aubrey Graham launched his career as a rapping, singing, hard but sensitive, crowd-pleasing hybrid who appeals to the masses. “He has a way of tapping into people culturally that I don’t know if a lot of other emcees in the game do,” Toronto writer and radio personality Jemeni said to Billboard. “Let’s not deny that he’s hugely talented—and that’s not just the lyrics or the music. Everything together is just working.”

This is not unique to hip-hop. Hollywood uses these same concepts to create bankable A-listers. Actors and actresses with strong and consistent box office success are likable, attractive, convincing, funny, entertaining, and intriguing.

Not too long ago, Will Smith was Hollywood’s most bankable star. Smith was on a quest to become the biggest movie star in the world. Him an his agent reviewed the 10 highest-grossing movies ever to identify to commonalities. “There were always creatures, there was always special effects, there was always a love story,” said Smith in an interview with The Hollywood Reporter. He then found those type of movies and starred in them every July 4th weekend.

Earlier in his career though, The Fresh Prince, like Drake, strived for accolades too. He tried method acting in Six Degrees of Separation (1993) and chased an Oscar in Ali (2001). After not winning an Oscar for either movie, Smith doubled-down on playing the likable, bankable, smart-ass world protector. From 2002 to 2008, he headlined eight straight films that grossed over $100 million.

Similarly, Drake’s current strategy has been well documented. This rise of streaming was a game changer for Drake. Victor Luckerson of The Ringer wrote about this last year. “Drake has tailored his career to the streaming environment. He allied himself with Apple Music, where his songs over-index even more than on other services…You can almost imagine him specifically engineering tracks that will land on the RapCaviar, Today’s Top Hits, and Are & Be on Spotify playlists.”

Critics have hypothesized that Drake should have picked the 13-15 best songs from If You’re Reading This It’s Too Late, What A Time To Be Alive, and Views to construct a tightly-constructed “classic”. It’s a fair exercise, but that’s no longer Drake’s goal. Nothing Was The Same was a 13-song album that tried to have its cake and eat it too. Meanwhile, Scorpion is a 25-song behemoth that’s eating everyone else’s cake. Drake, like Will Smith, has no match when it comes to commercial success.

Drake and Will Smith at the 2015 OVO Fest (via Billboard)

The Drake-Will Smith comparison also highlights the similarity in fandom. Both have more fans than their peers, but their average fans are far less passionate than other stars with smaller but more diehard followings.

Earlier this year, I wrote about J. Cole’s 1,000 True Fans who support the rapper and clap back at those who question Cole’s talent. On the flipside, having a critical or nuanced opinion on Drake has become a right of passage in hip-hop discussions. Because Drake’s fanbase is less devout and less high touch than J. Cole, the Canadian rapper can lean more heavily on scalable channels to engage his base.

When Scorpion dropped, it was featured on almost every Spotify playlist. Some Spotify Premium subscribers even demanded refunds and accused Spotify of advertising for Drake (according to Spotify, they have no such deal in place with the rapper). Nevertheless, his clout forced each streaming platform to fill its playlists with as many Drake tracks as possible—further reducing the barriers to access his music. Listeners had to go out of their way to avoid hearing Scorpion.

Your boy was literally on EVERY. SPOTIFY. PLAYLIST. (via Pitchfork)

If J. Cole is hip-hop’s business-to-consumer guru, then Drake is the business-to-business guru. Drake has a established a de facto Walmart-Procter & Gamble type of relationship with the streaming platforms. As a supplier who wants to maintain power, Drake wants the executives at Spotify and Apple Music to account for the rapper’s impact in each annual report. With each release, he stacks the mixtape/album/project with plenty of tracks (Views had 20, More Life had 22, and Scorpion, a double album, has 25 tracks) to strengthen its streaming performance.

Because of the current algorithms, the Billboard Hot 100 currently features seven Scorpion songs in the top 10 alone. The album has already hit 1.9 billion streams in less than two weeks. OVO Sound’s unapologetic machine ensured that the 6 God stays on our radar at all times, keeps the streaming services wanting more, and sets the stage for his next project.

How long can Drake keep this up?

Will Smith’s box office run once seemed perpetual, but it eventually ran its course. In the last nine years, Men In Black III is the only movie Smith has headlined that grossed over $100 million. The bankable movie star torch has been passed to Dwayne “The Rock” Johnson, who is on an impressive run himself.

Similarly, no rapper can stay on top forever, but Drake has defied the odds to date. Critics thought he plateaued after Nothing Was The Same. Others thought he peaked after Views. Some even predicted that the scandalous aftermath surrounding Pusha T’s diss track “Story of Adidon” would negatively impact his career, but it clearly hasn’t yet.

Several reviews of Scorpion have critiqued Drake for not evolving his subject matter, specifically his lyrics about women posting on Instagram. Drake can withstand the criticism, because Instagram is an important tool in engaging his fanbase. He uses it to interact with fans, produce viral content, and stays topical. The “Keke, do you love me?” viral clips are not a coincidence. Drake and OVO Sound know which lyrics and songs will catch fire on social media.

Spotify, Apple Music, and Instagram will guide the timeline of Drake’s run. They are all still growing and evolving, which is a double-edged sword. Each platform has continued to grow its number of users, which benefits Drake by extension. But any major changes to their algorithm or business models could require Drake to adjust his formula, and present an opportunity for another artist to capitalize in that space. At best, Drake maintains his success as long he can still master Spotify, Instagram, and Apple Music better than his fellow rappers can.

The quality of music needs to be consistent though. Scorpion is no Illmatic, but the album was decent enough for the Drake machine to keep churning. The same was true for More Life, Views, and the 2015 mixtapes. No matter how strong his partnerships are with the streaming services though, one or two poorly received albums can be detrimental.

Hip-hop heavyweights Beyonce, Jay Z, Nas, Kanye West, and Drake all dropped new albums last month, but Drake is the only one that’s still dominating the conversation. No one should be surprised though. He is no longer the 23-year-old who rapped, “I still got that paper with my Grammy speech, because I haven’t hit the pinnacles I plan to reach,” in 2010’s “Aston Martin Music”. He’s not the same 26-year old who celebrated his Grammy award by drinking out of it with his entire OVO crew. Drake now owns who he is. He now criticizes the Grammys and sets new streaming records every year. The Drake machine is running pretty smoothly.

Hip-hop has come a long way. Fourteen years ago, Nelly released Sweat and Suit: his part-rapping, part-singing, double album. Both projects got mixed reviews, and the move was considered a career-killing money grab. The next year, Nelly had the audacity to follow up with Sweatsuit—the “greatest hits” from both albums. Despite the jokes, critics praised the compilation, wishing that Nelly had released Sweatsuit in the first place. Sound familiar?

Get weekly insights on the latest moves in the business of hip-hop:

Join thousands taking hip-hop to the next level