How Revolt Can Bounce Back

Diddy’s hip-hop cable network just laid off one-third of its staff, but can turn its fate around with a few strategic moves. 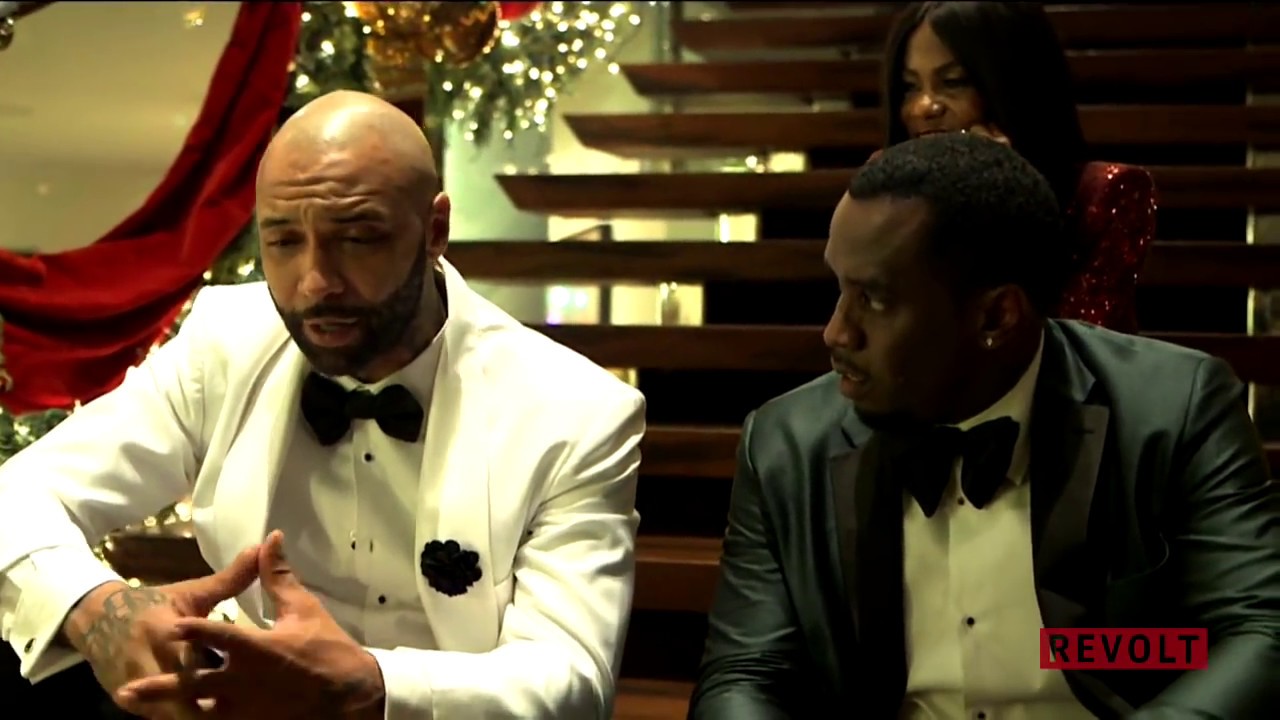 Joe Budden and Diddy, founder and chairman of Revolt, at the Revolt New Year’s Eve party in December 2017 (YouTube)

Diddy is hip-hop’s cash king, but his cable network needs some royal treatment. Last month, Revolt Media & TV let go 50 of its employees—one-third of its staff. The minority-owned and led company is struggling during a golden age for hip-hop culture in movies and TV. Straight Outta Compton and Atlanta have received critical acclaim and paved the way for future projects. But the rising tide has not lifted all boats. Revolt still fell victim to the same challenges that plague the entire cable industry. The five-year-old company was started to disrupt the culture, but the culture is leaving it behind.

Cord-cutters are abandoning cable packages at increasingly high rates. According to Fortune, at the end of 2017, the total number of paid TV subscribers dropped 3.4% from a year earlier, the highest rate of decline since the metric was measured in 2010. Additionally, Hearts & Science reports that half of adults ages 22 to 45 didn’t watch any cable TV in 2017.

Revolt has plans to offset cord-cutting, but that’s only half the battle. The network needs more quality content to increase viewership. Charlamagne Tha God, co-host of The Breakfast Club (which Revolt airs every morning) recently said, “I thought nobody watched Revolt except for French Montana and Diddy’s kids.”

Consumers want to support hip-hop content, and Revolt needs to create the content that will bring those consumers in. The network recently signed rapper-turned-media pundit Joe Budden to host a new upcoming show called State of the Culture. Budden is one of the leading voices in hip-hop commentary, but Revolt still needs to tighten its strategy and secure good content before it’s too late.

“Five years from now a brand like Revolt will be available on a billion devices. We’re the first network that was brought up in this social media age.”
– Diddy, 2014

Revolt’s troubles began in 2014. The Comcast-Time Warner Cable merger stalled movement in the entire cable industry—making difficult for Revolt to attract advertisers. Revolt eventually signed deals with AT&T and U-Verse in 2015, but it was a little too late. Former CEO Keith Clinkscales left the company in 2016, and MGM and NBC executive Roma Khanna was hired to replace him in September 2017.

Khanna was asked to expand Revolt’s presence across multiple platforms. Revolt has since secured deals with DirecTV NOW, Fubo, and Sling TV—which has grown to 2 million subscribers as of May 2018. Most of these platforms are mobile-friendly, which is critical, since mobile now accounts for nearly 70% of digital media time, according to comScore.

The shift to over-the-top TV providers and digital platforms makes sense. It begs to question, does Revolt needs continue as a traditional cable network? Diddy once wanted Revolt to become the “ESPN and CNN of music”, but thats becoming less relevant.

ESPN and CNN are 24-hour news cycles. Each network has different journalists and commentators covering the same timely stories, day-in, day-out, in slightly different formats. This strategy is intentional. The layout of all their shows attracts captive audiences who can follow stories and headlines while multitasking. It’s why the CNN Airport Network has deals in place with 60 U.S. airports to air the cable channel.

Revolt does not need a deal with a major airport to be successful. With Revolt’s growing focus on digital media, it will better reach its target audience.

In February, Revolt hired former BET and SyFy executive Robyn Lattkaker-Johnson as head of content. She’s looking for unscripted content, documentaries, and lifestyle programming, all from a hip-hop point of view. “Ultimately we need to be able to break out with a series or more as soon as possible in a way that not only reaches our core audience but goes beyond our core,” she said in a recent interview with Variety.

Revolt’s most popular programs are The Breakfast Club and Drink Champs. Revolt has the rights to air the morning hip-hop radio show, but does not own the content. The New York radio show draws in 5 million weekly views—most of those on The Breakfast Club’s own YouTube Channel. The Drink Champs podcast, which stars Queens rapper N.O.R.E and DJ EFN, brings in 5 million monthly downloads. Both programs interview the biggest names in hip-hop.

The network’s three new YouTube shows have small but growing followings: How To Get The Bag, where hip-hop artists share their tips on maximizing wealth. Cartoon Tutor Babi, a cartoon character going through the struggle. And On Clout 9, which asks rappers to rank various topics on a 1-9 scale. These shows compete against Complex and other digital media outlets capturing the hip-hop audience on YouTube.

State of The Culture’s format is still unknown. Here’s a one-minute teaser clip of Budden assessing the Drake-Pusha T beef:

The talking heads format is often criticized for sensationalism, forced takes, and demonstrative antics. This is true, but Everyday Struggle was less contrived than its ESPN and Fox Sports counterparts. Budden is not just “playing the role” of the old head hip-hop fan—that’s who he is. He has the diss records to prove it. During Budden’s time on Everyday Struggle, each episode averaged 400,000 views. It was the highest-viewed show on Complex.

State of the Culture will probably not be an Embrace Debate show, but the network should definitely add one. Complex has struggled to maintain Everyday Struggle’s success since Budden and the media company split ways. Revolt now has the show’s star and should have no shame in replicating its success.

“If there’s one building that was going to allow me to be passionate and not run the risk of being fired daily, it’s Revolt.”
– Joe Budden, 2018 (State of the Culture promo)

Revolt also needs exclusive hip-hop interviews. This is an increasingly competitive battleground for media outlets. Apple Music’s Beats 1 landed the Kendrick Lamar interview after DAMN. dropped. Rap Radar interviewed Jay Z after 4:44 was released. Charlamagne got the most recent Kanye West interview. And Angie Martinez spoke with J. Cole after KOD came out. Each of these interviews draw millions of views and elevate the platform for the media outlet.

Another growing trend is “Dine and Discuss” shows (not an official term, but that’s what we’re calling it). This format brings artists, athletes, and public figures together to discuss hip-hop and sports over food and drinks. Viewers get to be a fly-on-the-wall for barbershop-style conversation. Budden recently launched his own version called Pull Up. ESPN and Cycle’s just started season 2 of Last Table. Spotify’s RapCaviar and Uninterrupted’s The Shop have similar versions.

Revolt should create a show like Pull Up, but with MUCH better production and sound quality (YouTube)

Budden plays a critical role in the company’s next chapter, but he’s yet another New York-area voice—joining Diddy, N.O.R.E., and Charlamagne (who is actually from South Carolina, but still represents New York radio). Meanwhile, Atlanta has been the driving cultural force in hip-hop since the Bush administration. Hip-hop music started in New York, but made its cultural impact when it spread to the rest of the country. The same will be true for hip-hop media. Revolt needs to sign the south’s Joe Budden or N.O.R.E: a rapper in his or her late 30 or early 40s, past their rapping primes, but still have something to say.

T.I. is the best candidate. The self-proclaimed King of the South has always been outspoken and enlightening. He is now an executive producer of new a BET show called Grand Hustle—a reality competition show where hustlers prove their business chops. His personality would bring a new perspective to the network and increase Revolt’s relevance in the south.

Revolt knows it needs to bolster its digital media and content to succeed. Luckily, it has a rising star who can take the team on his back during this transition period. Here’s a quote from Budden in an article from The Ringer:

Upon signing the deal, Diddy repeatedly asked Budden, “Are you ready to get money with me?” The better question is whether Revolt is ready to capture this opportunity. Because if Revolt doesn’t, another company will.